A New Start at Green Park

St ALi North is closed, and in its place is a community-minded cafe, restaurant and bar with a bright future ahead. There’s a reason you don’t see many venues open for more than 12 hours a day. As things start to merge from early morning to afternoon, night, and then to really late in the night, its easy for things to come undone.

Green Park, the cafe, restaurant and bar that opened yesterday in the space where St ALi North used to be, is open daily from 7am to around 11pm. As new co-owner Jesse Gerner puts it, “It’s a pretty hard thing to pull off.”

He’s aware that too often, “the public will choose what they think a place is … whether it’s a cafe or night place.”

Green Park has many faces. In the daylight hours, it’s a family friendly breakfast spot – it sits along the bike path (which, according the counter set up by Velo Cycles next door, sees 4500 cyclists pass by a day in summer), with big windows that let the sun stream in. At night, it’s a warm neighbourhood, Spanish-themed bar, with wine, cold vermouth and charcuterie served at the long bar counter.

What is also remarkable at Green Park is how many ways there are to sit. With a colour scheme of forest green and dark timber, designers Eades & Bergman found a way to make what was previously a food hall into something distinctly intimate. There are stools at the bar, tables for two, tables for groups, a raised communal table, outdoor seating and a series of comfortable, jade-green leather booths.

With a kitchen headed by Howard Stamp (ex Movida and Le Bon Ton) and Todd Thorburn, breakfast is diverse. It features egg dishes, filled bagels and a refreshingly thoughtful kid’s menu (yogurt and stewed apples with chia seed). Bar snacks reflect the territory Gerner – who also owns Bomba and Ãnada – feels at home with: Spanish terrines, cured meats, croquettes, ceviche, fried rabbit. There’s also the option of a very reasonable set-dinner menu on Friday and Saturday nights. All of the menus will be changing often, so try not to get attached.

The coffee program is headed by Kris Wood (who founded Clement coffee and mention must be made of the incredible pastry selection, all made in-house by pastry chef Gadi Assayag and his team.

The finer details are still being nutted out, but you can expect live music on Sunday afternoons – maybe a pianist in the corner, or a double bass. Gerner says he hopes to start bringing musicians in for breakfast and lunch sessions too. 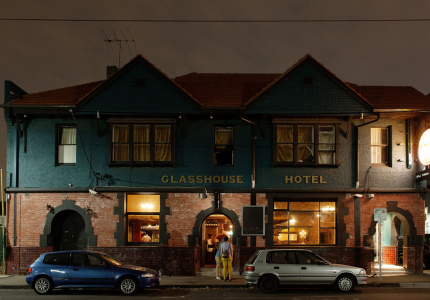 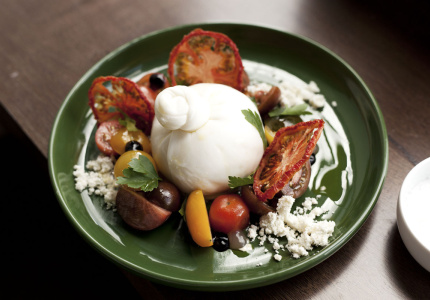