A former Tonka and Mamasita chef is behind the pans at this new CBD canteen, serving Peking duck toasties, siu mai with confit garlic oil and boozy bubble tea from 7.30am daily. 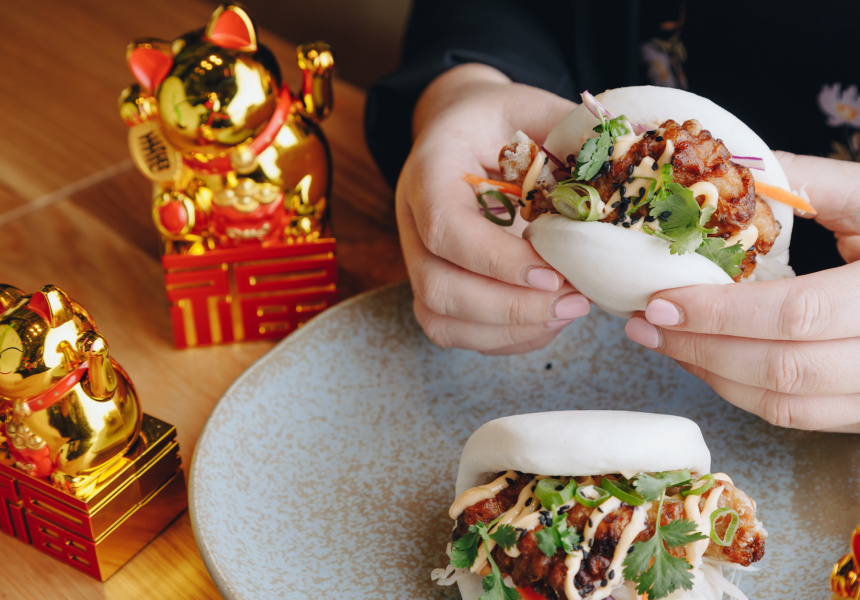 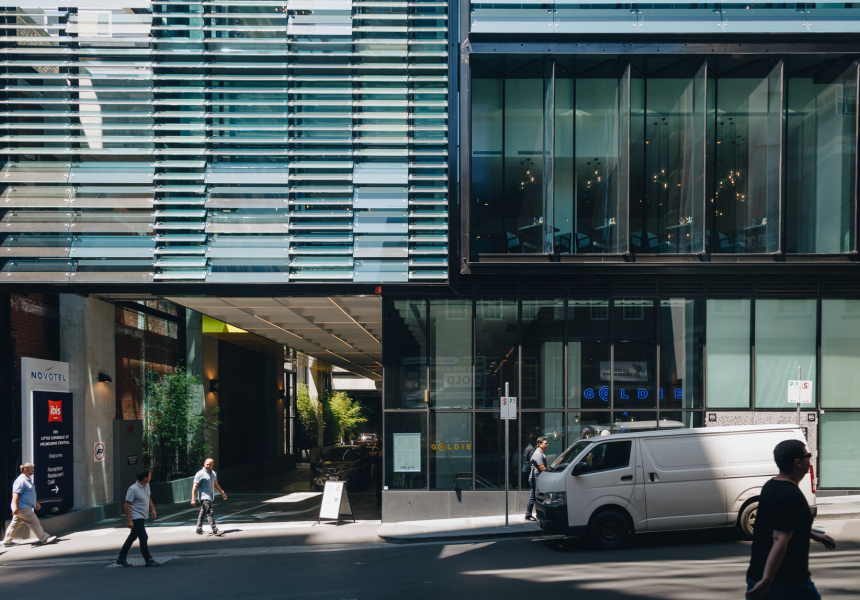 Despite its location on the ground floor of the new Novotel Melbourne Central, Goldie Asian Canteen doesn’t feel like a typical hotel lobby restaurant. It's bright and airy, with black-and-white tiled floors, purple neon signage, and bubble lights suspended overhead.

It's also got some serious culinary pedigree, with head chef Michael Smith behind the burners. Putting out toasted sandwiches and bao buns at a laid-back city spot is a gear shift for the former Mamasita, Tonka and (now-closed) Jacques Reymond head chef. But Smith says this was a project he couldn’t turn down.

“I never had my own restaurant. I was always doing someone else’s food,” he says. “Here, I’ve been really able to put my stamp on it.”

That stamp is a riff on Cantonese and Japanese fare, though you’ll find flavours from across Asia scattered throughout the menu. There’s a sourdough toastie stuffed with barbeque char siu pork, kimchi and cheese. Youtiao – a deep-fried Chinese doughnut similar to a churro – is chopped, mixed with yellow bean paste, egg and onion, and served wrapped in a savoury crepe.

“A couple of the first head chefs [I trained under] were Malaysian, Sri Lankan, Indian,” Smith says. “So I got to know that flavour profile fairly well.”

The menu is snack-heavy, so it’s a good idea to order a few plates. Everything is available from 7.30am, from the prawn and pork siu mai with confit garlic and chili oil to the panko-crumbed Szechuan eggplant bao buns with togarashi kewpie.

Smith says his Peking duck toastie – filled with instant noodles, duck, hoi sin, kewpie and cheese – is 20 years in the making, based off a dish he made as a kid.

“After school I was only ever allowed to have one sandwich,” he says. “So I’d try to get as much stuff into one sandwich as possible.”

There’s bubble tea with a kick, too: try the Coffee Cup with cold brew, Kahlua, vodka and tonic-flavoured tapioca pearls, or the Goldie Signature, a boozy concoction of plum wine, lychee and mint.

This article first appeared on Broadsheet on February 4, 2019. Menu items may have changed since publication.