Gluten-free dessert doesn’t have to be a bleak affair. We uncover some of the best GF options doing the rounds about town. 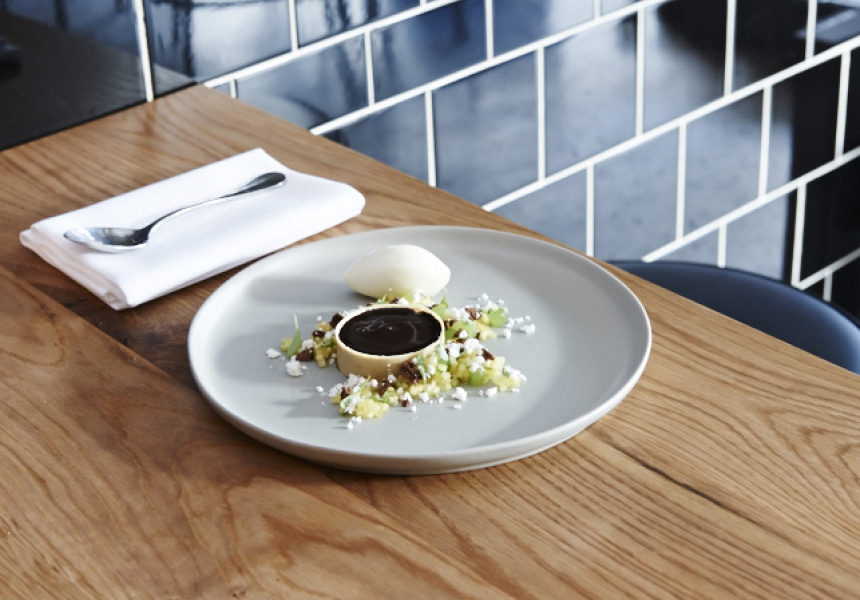 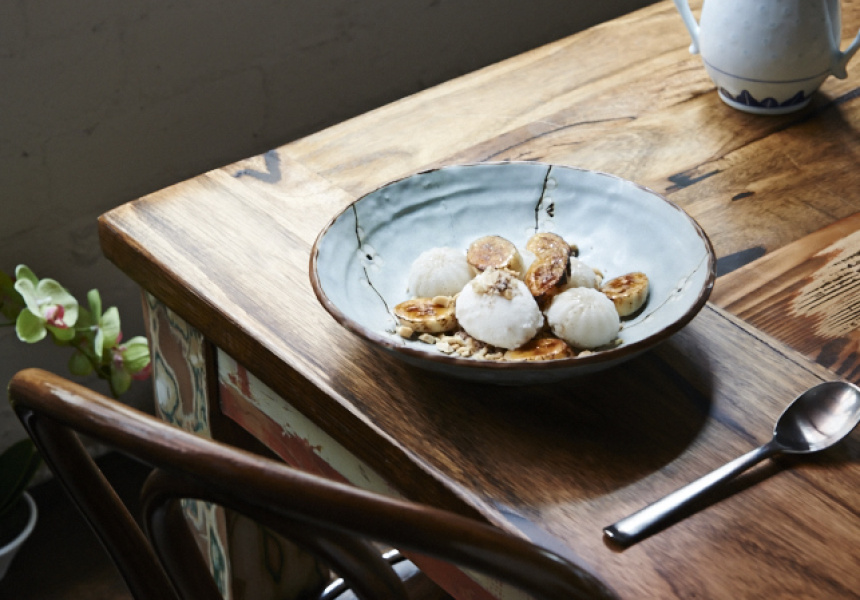 Whether you’re a celiac or simply trying to eat less for health reasons, our increasingly widespread avoidance of wheat and gluten has contributed to a gluten-free food boom in Melbourne’s restaurants. It’s now quite common to find multiple gluten-free dishes on most menus around town, but there are some food experiences that are still considered hard to come by if you can’t eat gluten.

Take desserts for instance, which are often so stodgy and decadent. But this perception is a bit of a misnomer – there are plenty of ways you can enjoy your sweets without gluten. Here are five dishes that are not only deliciously gluten-free, but also hail from some of our more elite dining establishments, proving that leaving out gluten doesn’t mean skimping on sophistication.

Sponge at The Estelle
Cake is often the first thing those new to gluten-free eating will assume is out of bounds. Not so at The Estelle, where you can happily devour their signature sponge with salted caramel, pumpkin and sour cream ice cream. “It’s an adaptation of a Spanish recipe that uses rice flour,” says Estelle chef Ryan Flaherty. Unlike a lot of dishes that use alternatives to wheat flour, it’s not at all stodgy. It is instead a surprisingly fluffy sponge, with a cool burst of freshness provided by the sour cream ice cream and a few mint sprigs. “It’s one of our most popular dishes,” says Flaherty. “It’s been on the menu basically since the beginning. I don’t think we would ever be able to take it off.”
243 High Street, Northcote
estellebarkitchen.com.au

Thai Chocolate Tart at The Town Mouse
It’s a simple menu description: ‘chocolate tart with Thai flavours’. But it belies a dish with extraordinary complexity. The chocolate ganâche filling is hemmed in by a thin case of peanut and white chocolate, which replaces the standard pastry shell. Surrounding the tart are diced pieces of pineapple, little globes of cucumber, Thai herbs and chilli chocolate crumbles, not to mention a glistening scoop of delicately flavoured jasmine rice ice cream. The result is decadence combined with an extraordinary burst of clean, fresh flavours. It’s like a chocolaty salad that not only works, but leaves you longing for more.
312 Drummond Street, Carlton
thetownmouse.com.au

Lemon Flan at Jacques Reymond
The height of fine dining, a Jacques Reymond dessert is almost too pretty to eat. Almost. Listed on the menu as ‘lemon flan, cocoa and licorice, salted caramel snow, dehydrated chocolate marquise, pliable ganâche, hazelnut craquelin and mint’, this multifaceted, deconstructed dessert is all about combining the elements together in order to experience almost endless flavour combinations. Reymond has long been mindful of dietary intolerances and requirements when creating his menus, so it is pleasing to see that this is carried through to gluten-free dishes as well.
78 Williams Road, Prahran
jacquesreymond.com.au

Tranche Napolitaine at Bistro Gitan
Not to be outdone by the paterfamilias, the younger Reymonds at Bistro Gitan have a gluten-free dessert that puts a fancy French spin on a childhood staple. The Tranche Napolitaine takes the tricolour candy stripes of Neapolitan ice cream and expands them into five rather more deluxe flavours – praline, raspberry, pistachio, apricot and Grand Marnier – and serves them with fresh berries and sugar syrup-soaked slices of pear and pineapple. It’s a fresh and vibrant way to finish a meal without weighing you down.
52 Toorak Road West, South Yarra
bistrogitan.com.au

Bahn Bo at Saigon Sally
The menu at Saigon Sally, bar two dishes, is entirely gluten-free. This may have something to with one of Sally’s chefs, Felix Goodwin, being celiac himself. Goodwin has developed the dessert menu with celiacs in mind, drawing on Southeast Asian dessert traditions. The Bahn Bo – a steamed coconut pudding with caramelised banana, peanuts and toasted coconut sorbet – is inspired by a dish that was traditionally a ceremonial offering at Vietnamese temples. “The pudding has a very similar texture to crumpets,” says Goodwin. “With the bananas, it has become a very breakfast-inspired dessert.” We think it’s so good that it’s worth skipping savoury for.
2 Duke Street, Windsor
facebook.com/saigonsallywindsor