A North Italian-style trattoria that’s all about making you comfortable. 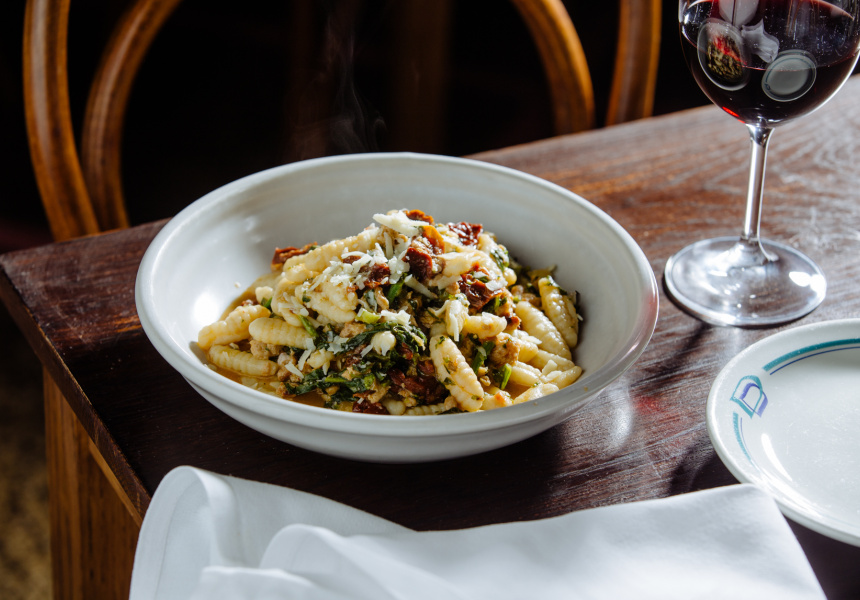 Gills Diner was never really a diner. At least, according to Matteo Neviani. “Actually, when I came to Australia, I didn’t know what was a diner,” he says. “It’s a store where you can eat burgers and hot dogs, is it? I actually don’t know why Con called it a diner, because Gills never has been that.”

It’s academic in any case. Front-of-house specialist Neviani, along with chefs Luca Flammia and Francesco Rota, and founding restaurateurs, Con Christopoulos and Chris Kerr, have stripped Gills back to its (excellent) bones, revealing Emilia in its place.

Based on a Northern Italian trattoria (like Massimo Bottura’s three-star Osteria Francescana), Neviani says it’s something a little more casual than a restaurant. “‘Trattore’ is Italian for ‘host’,” says Neviani. “It’s the little eatery for the workers at lunchtime who had to stop in from the fields.”

Replace “field” with “office” and the definition still fits. Emilia serves freshly made tagliatelle alla Bolognese and ravioli stuffed with spinach and ricotta and served with butter and sage – for around 20 bucks. “It’s very simple,” says Neviani. “We try to keep the price down around $19, so everyone who wants to come in for a glass of wine and a plate of pasta doesn’t have to spend a fortune.”

Lazlo Evenhuis of The Crimean (may it rest in peace) is helping out with wines, selecting some beautiful Australian and European drops, including the elegant Sorrenberg Gamay we’re told a certain Mr and Mrs Carter sampled while dining in Melbourne last year. Flawless.

The vibe, meanwhile, is functionally similar but subtly different to Gills. A lick of paint, simple wooden shelving, some classy pink terrazzo and something that looks suspiciously like a John Olsen make the place feel both more lived-in and more open. “We didn’t get anyone professionally,” Neviani admits. “It was a home-style renovation.”

Probably explains why Emilia already feels quite so much like home. 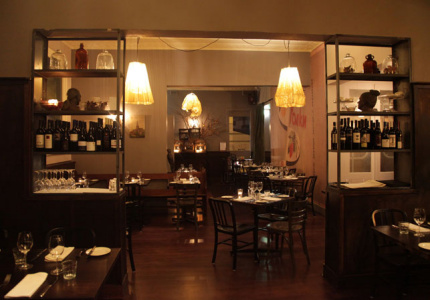