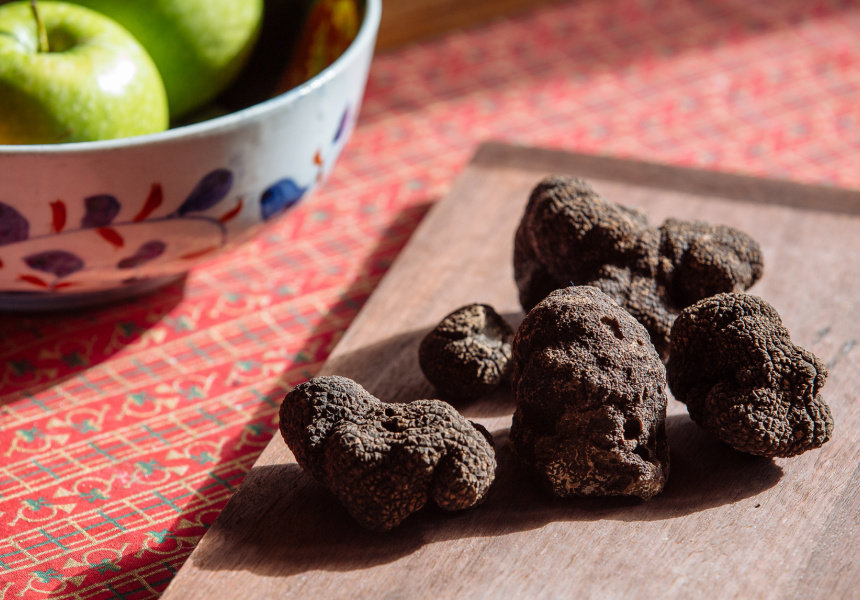 This June the Truffle Melbourne Festival will celebrate the mushroom’s seasonal arrival with a series of truffle-focused events, launching its program with a new pop-up event at Prahran Market. Over two days in June the market will feature cooking demonstrations, truffle tastings and a truffle hunt complete with fungi-finding dogs.

Festival director and truffle grower Nigel Wood said this year’s festival will demystify the truffle for the home cook, so everyone can enjoy its unique flavour. “We’re trying to democratise the product by making fresh truffle dishes more widely available,” he says.

Highlights of the free pop-up event include cooking demonstrations from some of Melbourne’s top chefs, including Karen Martini, Florent Gerardin from Pei Modern and Nicky Riemer from Union Dining, who will demonstrate how the truffle can be incorporated into home cooking.

The Taste the Truffle Trail will take participants on a walking tour of the market, allowing them to sample one-off truffle creations from Victorian producers and suppliers. The ticketed tour includes a drink and six tasting plates, such as a truffle-infused boiled egg with truffled Dijon mayonnaise on a brioche bun, and gourmet veal and truffle sausages.

The usual market traders are also embracing the ingredient and will be supplying their own truffle-inspired dishes, all of which will be under $10. Look forward to take-home produce such as truffle oil and truffle honey, too.

The Truffle Festival’s Prahran Market pop-up runs from June 20 until June 21, with the festival culminating in the main weekend-long event on July 11 and 12 at The Centre in Ivanhoe.