Get Down to Chow Town

The question of what you are going to eat may soon be as important as who you going to see when you buy your ticket for a music festival. Here comes Chow Town to change our expectations of festival food. 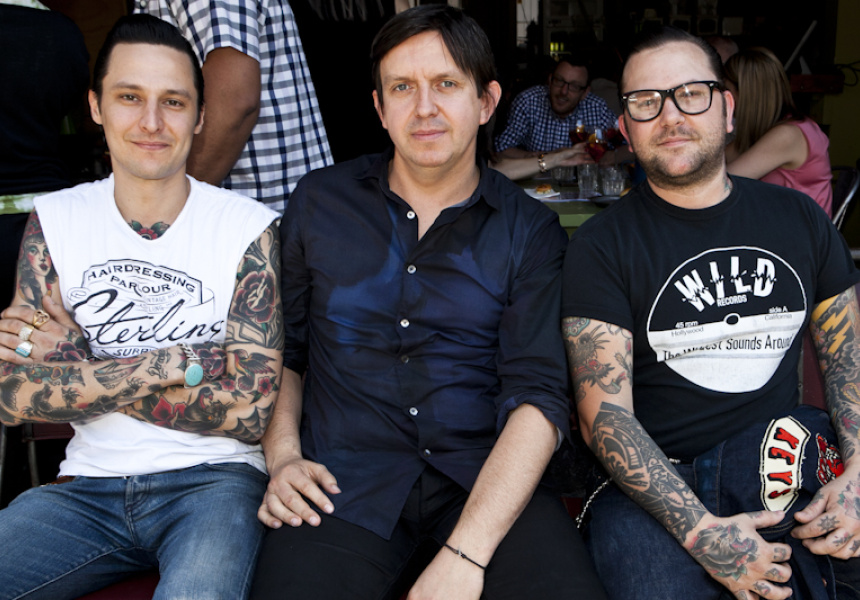 When was it ever decided that just because you’re into music and attend festivals that you don’t deserve good food? Perhaps it wasn’t a decision so much as a measure of convenience, but the crowds that visit festivals like the Big Day Out (BDO) are often as discerning about their food as they are about their music. With this in mind, Chow Town arrives at the BDO for the first time this year.

Named after the same concept at the Lollapalooza festival in Chicago, Chow Town provides good food from interesting, relevant restaurateurs hailing from the host city of the festival. The ‘ambassadors’ of the national Chow Town concept, Ben Milgate and Elvis Abrahanowicz of Sydney restaurants Porteno and Bodega, coordinated each participant in each city and this Saturday January 26 sees Melbourne restaurants such as Golden Fields, Huxtaburger, Cookie, St ALi and Anada serve top-notch dishes to hungry music fans.

Golden Fields will be serving fried chicken banh mi, their much-adored lobster rolls and peanut butter and chocolate ice cream sandwiches. Despite the numbers of people attending the festival, McConnell feels that the standard he’s so highly regarded for won’t be jeopardized. “The menu is an easy one and one we can do well,” he says. “And in terms of staff, everyone wanted to do this. It’s a great day!”

Daniel Wilson from Huxtaburger also feels there’ll be no compromise at the festival, comparing the setup to a musician bringing their own instruments to a gig. “We organise the equipment ourselves to ensure that we have the right tools necessary to do it right,” he explains. “Our main asset, however, is our staff. They are what will bring the right product to the people.”

The enormity of the task isn’t lost on Cookie executive chef, Karen Batson, but she is looking forward to the challenge. “We’ve catered for 3000 people before,” she says. “This is more but it’ll be fun.” Cookie will be offering T-Rex chicken wings and green papaya salad, as well as garlic chive dumplings with pickled chilli among other dishes.

The beauty of good staffing numbers means that each person may just get to see a band they’ve been hoping to catch. Andrew McConnell is hoping to leave his post to watch the Yeah Yeah Yeahs, while Daniel Wilson confesses to be “a Red Hot Chili Peppers fan from way back”.

“I also did my chef training at Grand Rapids Community College, which is the hometown of Anthony Kiedis, which is where my dad lives.”

Meanwhile, Batson has been discussing with her staff the matter of who gets to see The Killers or Alabama Shakes.

It’s about time festival food upped the ante and these chefs and restaurateurs just may be the trailblazers to ensure that we can have access to good food across all festivals, all the time. Now that’s something we’d love to see.