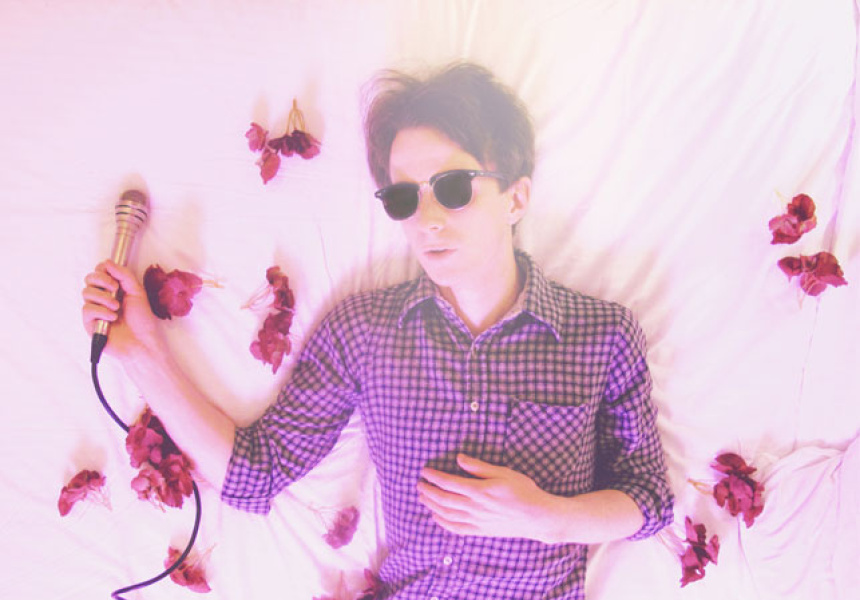 Chapter Music has proven one of Melbourne’s most fertile labels of late, with a surplus of releases and reissues from Essendon Airport, Twerps, Dick Diver and Laura Jean, plus a series of album launch tours to follow. This Friday night, it’s Geoffrey O'Connor’s turn to sashay up to the mark.

With a mob of key supports in the bag over the past year or so (think Lucky Dragons, Fleet Foxes, Jens Lekman, School Of Seven Bells, Andrew Bird and First Aid Kit), the Crayon Fields/Sly Hats frontman brings his polite hipster cool to the Northcote Social Club to perform tracks from his new record, Vanity Is Forever.

A melange of dramatic light and shade and a fondness for cultured sonic narratives remain O’Connor’s shtick, no matter what the musical incarnation might be. Check out the suitably sultry video for Whatever Leads Me To You (below) to get you in the mood.

To celebrate the album launch, Chapter Music is offering a special two-for-one deal. For a limited time, Australian customers who purchase Vanity Is Forever on CD from the Chapter webstore will receive a free copy of O’Connor’s 2007 disc Liquorice Night, released under his Sly Hats tag.

Submerge your soul in trademark synth-pop, a wash of ambient stage radiance (including lasers, light sculptures and mesmeric projections), plus that distinctive unstiffened vocal when O’Connor takes the stage at the Northcote Social Club.