Kitchen gardens and the reality of growing your own ingredients. We speak to three local chefs whose gardens feed their diners. 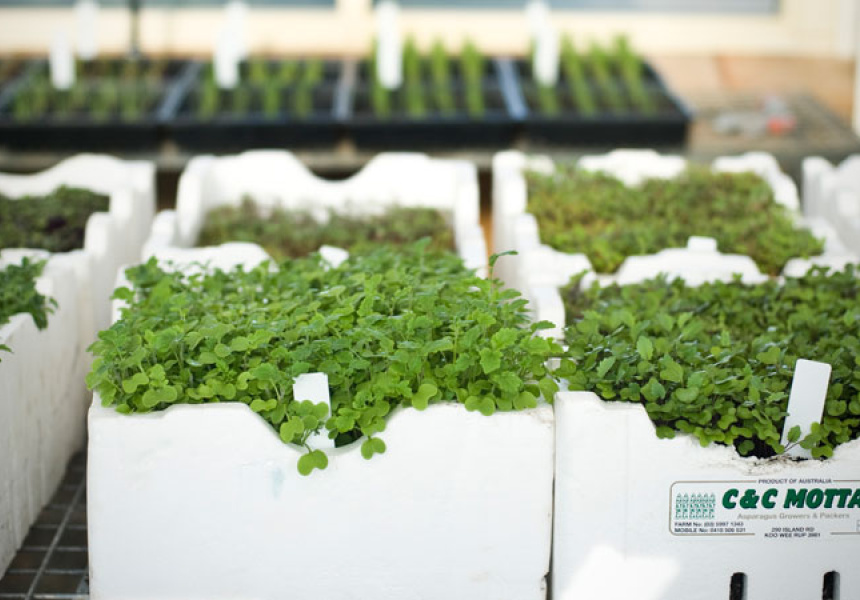 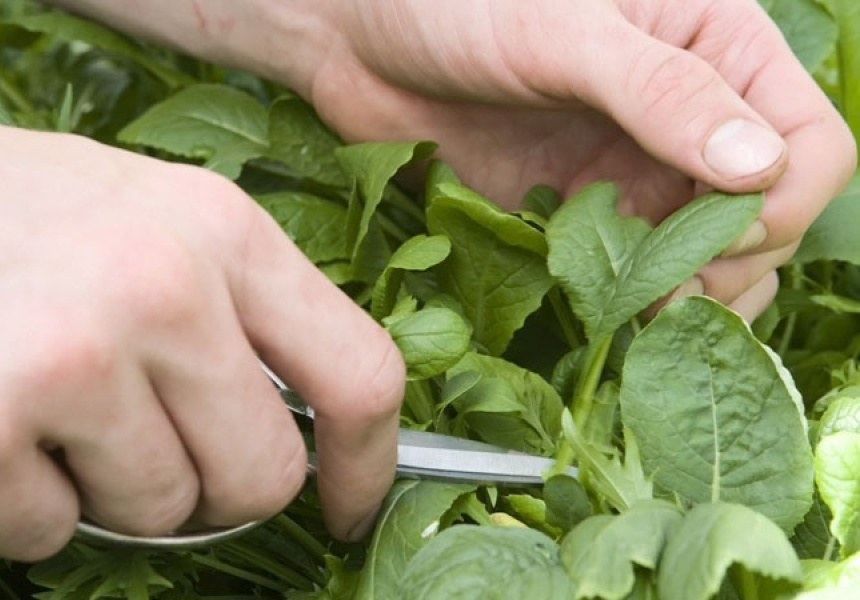 According to Dan Hunter of the Royal Mail in Victoria’s Dunkeld, there are officially two seasons. “We have summer and we have autumn,” says the head chef and unofficial head gardener, referring to the best times of year for the restaurant’s kitchen garden.

It sounds idyllic: seeing every ingredient through from seedling to final dish, with the ability to produce commercially unavailable flavours. But the actuality can be a little more exhausting. “The space and hard work involved are often overlooked in the everyone-has-a-garden scenario,” muses Hunter when discussing the gardens at the Royal Mail. “But the reality of kitchen gardens supplying for restaurants is that to provide large quantities they need to be enormous and super productive. We have one of the biggest around, but we still spend a lot of money on our fruit and vegetable supply.”

Even at its most productive, Hunter says the garden can only ever supply for about eight out of 10 dishes in their degustation menu. Whilst that’s a huge amount, it takes a lot of passion and work. “We don’t have a full time gardener,” he says with a smile, and just a hint of longing in his voice. “Luckily we do have assistance with soil maintenance. All the rest, the ideas for planting and seed sourcing, it all comes from me.”

He says the biggest challenge for the kitchen garden is lack of expertise. “You’re always fighting against your own lack of understanding – horticulture is a difficult and huge skill and you can’t just base your crops on last year’s experience because of the changing conditions.”

But despite long hours in the garden (at the Royal Mail they’re currently consolidating dispersed gardens into one plot) and the question of yield, it’s a methodology that restaurants take on in answer to a largely more aware and enquiring public.

Echoing Hunter, Aaron Turner of Loam restaurant on the Bellarine Peninsula asserts that growing your own for a restaurant is about putting an interesting and high-quality mix of flavours on the plate, rather than relying on what’s commercially available. At Loam, in order to handle the vagaries of keeping up with a kitchen garden, they scaled back to a herb and vegetable operation that was manageable for their small team.

“We grow all our herbs and things you can’t get at market – apple cucumbers, flowers, cinnamon basil, lemon verbena, angelica, chicory and fresh cardamom for the leaves,” says Turner, pointing out the huge benefits with an infectious positivity. “Growing your own you get a much more intense flavour as well as herbs you can pick at different stages; young, mature, flowers and stems. It’s a complement to the other beautiful local produce we have access to.”

This also rings true for Nicolas Poelaert of Carlton's Embrasse. A little closer to the city, Poelaert has also kept his kitchen garden manageable by cultivating a garden that is less textbook and more relaxed (“a kitchen garden should not be pretty; it’s a working garden”), again using it as a complement to sourcing other excellent produce. “It’s more a backyard,” laughs Poelaert. “People misunderstand that. They think differently of a kitchen garden, but it works for us.”

And he’s clear on the advantages. “People expect freshness from our produce and freshness from our cooking. If the chef has a garden then it’s extra fresh. Yes, there is a bit of a fashion to it, but it’s also about the best product.”

Despite the effort involved, the benefits of the kitchen garden and those fresh flavours seem to outweigh the drawbacks. And if it means being able to enhance what goes on the plate, then maybe producing volume is less important than being able to sustain your efforts.

It’s a trend all three chefs hope will continue to grow and considering we’ve just hit one of those two seasons, the hard work might just be about to pay off.