It may only be here for a good time, not a long time, but Melbourne’s latest love affair with Vietnamese cuisine and pop-up dining promises to get fresh with you. 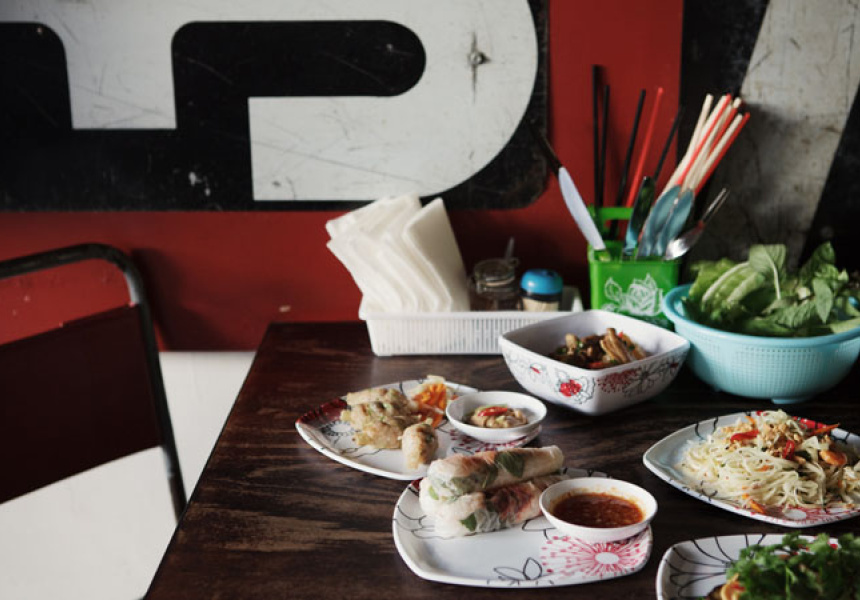 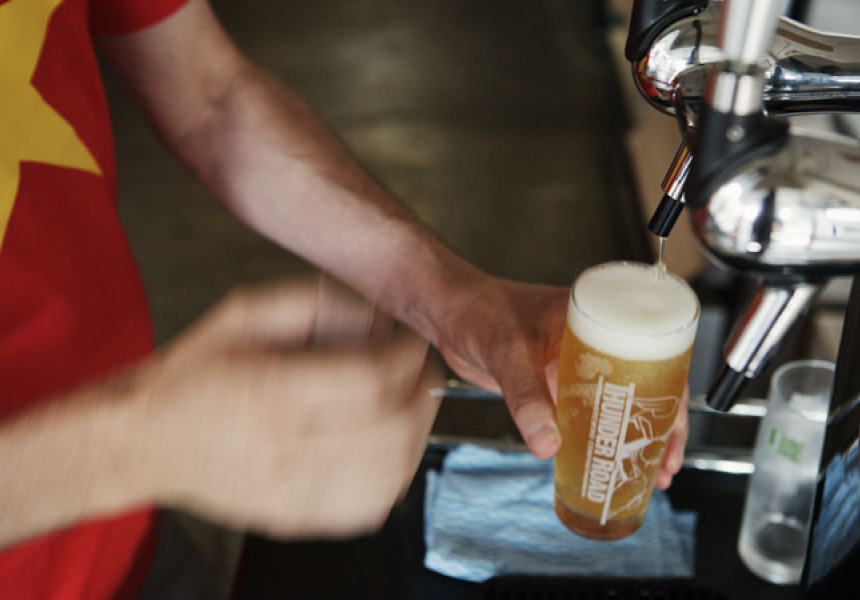 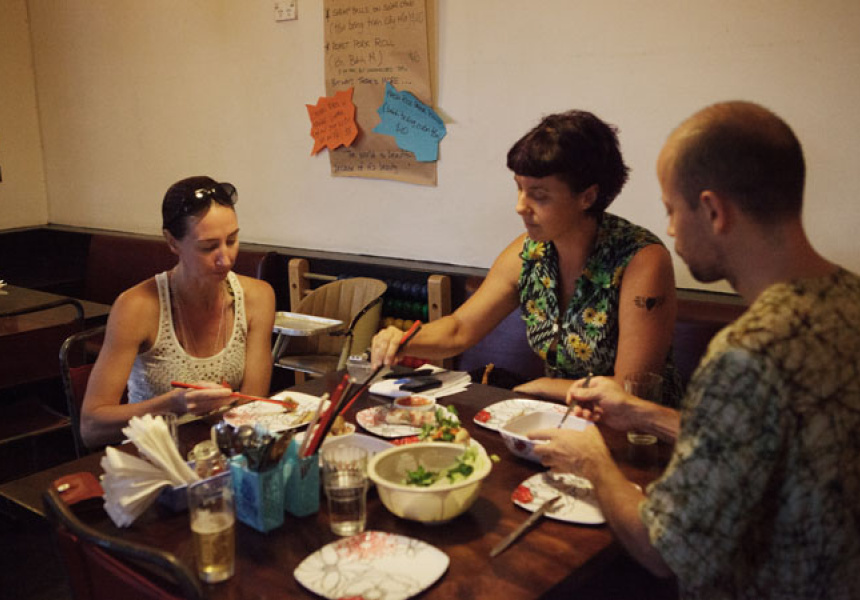 Created by three foodie friends – Kath Utry, Chantelle Kallmeier and Peter Healey – who have been joined by chef Tomas Stanislavski (previously of Next Door Diner), Bia Hoi, or ‘fresh beer’ as it is known in Vietnam, is based on the local roadside bar custom the three discovered while in Hanoi last year, and it was love at first sight.

“We were sitting in a Bia Hoi having a few drinks and snacks, talking about how we would love to be able to do this when we came back home,” says Utry.

Four months later, the emphasis of their twice-weekly foodie fixture is simple, local and social. The menu, which is never more than six dishes or over $10 each, includes moorish plates of chicken ribs with sponge luffa, shrimp balls on sugar cane and grilled eggplant with shrimp. The beer, which is currently a light, breezy summer Kolsch, will soon be replaced by a Vienna Pilsner, which Thunder Road has not released anywhere else.

But in the best tradition of summer loving, Utry, Kallmeier and Healey have no firm future plans. “It may be just a summer fling, with lots of lovely memories, but we’re leaving our options open,” says Utry. 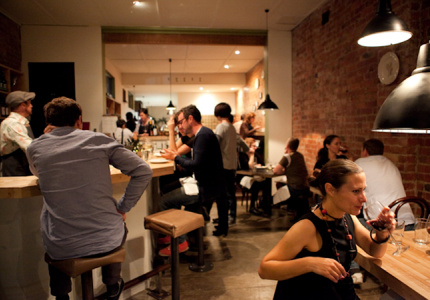