The baby of the Windsor-sisters restaurants celebrates its first birthday with free food. 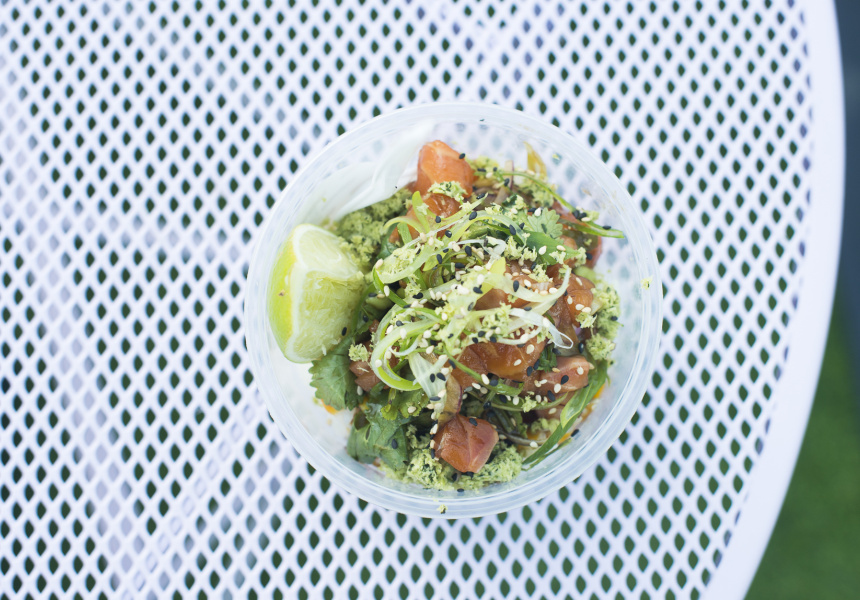 It seems like only yesterday Tokyo Tina took over a bong shop on Chapel Street and began serving non-traditional Japanese-fusion.

A whole year has gone by since its launch, and the boys behind the popular eatery want to celebrate, with free food.

On Sunday February 28, Tokyo Tina will give away 450 bowls of its new summer dish, poke. The dish, which consists of raw fish, citrus, avocado, mango, lime and coconut, is a cheap and popular Hawaiian staple. It traditionally uses tuna, however the Tokyo Tina crew will use salmon.

Tokyo Tina’s version was trialled at the Royal Croquet Club with huge success in late 2015. This poke party will launch it as a regular feature on the restaurant’s menu.

The dish will be offered for free to any diner who orders it in the restaurant between 12pm and 4pm on Sunday February 28.