The Australian gin distiller is inviting everyone to visit its new facility in the Yarra Valley. 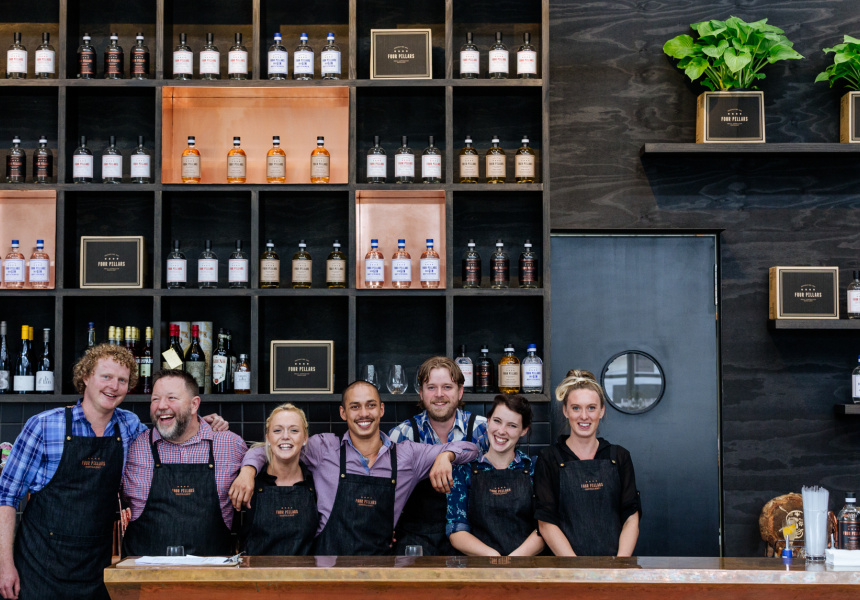 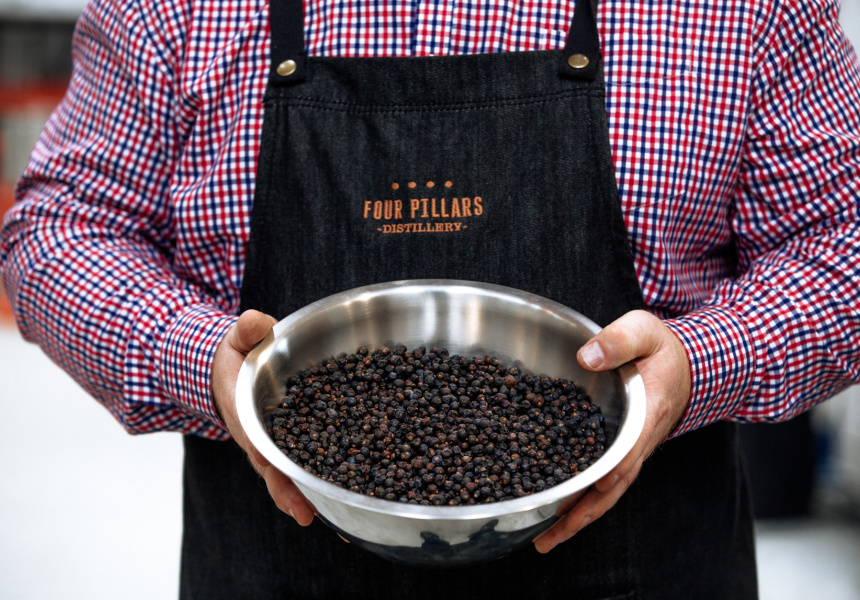 Whisky has Islay. Bourbon has Kentucky. And now gin has Healesville – or at least that’s what the guys behind Four Pillars hope. The Australian distiller has been operating for just on two years, working out of a Warrandyte space provided by the winemaker, Rob Dolan.

But, with the local spirit’s rapid growth – it has around 800 Australian accounts and is distributed through major retailers such as Coles and Dan Murphy’s – founders Stuart Gregor, Matt Jones and Cameron MacKenzie decided the gin needed a place of its own.

“I loathe the idea of the virtual brand, or a brand that doesn’t really have a home,” says Gregor. “You’ve got to have great product, but you’ve also got to have a great sense of place and authenticity. A place that makes it come to life that is real. This is a place where people can come and actually see the juice being made, and taste everything we’ve got.”

While its original facility was a mere 95 metres square, the new building on the way into Healesville is a serious upgrade at around 700. A repurposed timber warehouse, the large, black shed has an open, beer-hall-style interior hung with dried botanicals and porthole windows that look into the fully operational facility, its handsome copper stills gleaming.

The space allows it to not only make way more gin, but to barrel-age it, run experimental programs and serve to the public and trade. Jones hopes the Four Pillars distillery will introduce the product to more Australians – and those travelling from abroad. “Australian gin is still young, but Australian bartenders are really backing it. Overseas bartenders are next,” he says.

The gins in Four Pillars’ current line-up are markedly different to other distillers’ offerings. It takes its cues from the North American movement rather than its British forebears. “From day one we were adamant we didn’t want to make a London dry gin,” says MacKenzie. “That’s not because there’s anything wrong with it; I drink a bit of it myself – I love it. But we just wanted to do a more modern, contemporary style.”

That style is heavily aromatic. Its flagship Rare Dry Gin features a solid dose of European juniper; South East Asian and Middle Eastern spices, such as star anise, cardamom, cinnamon, coriander seeds, lavender and angelica root; local botanicals such as lemon myrtle and Tasmanian mountain pepper, and, perhaps most significantly, organic oranges that are vapour-infused fresh in the still.

“The thing that set us apart from other gins is using fresh oranges rather than dried orange peel,” says MacKenzie. “We’re lucky we can get fresh organic oranges for most of the year. Other countries that make gin have such harsh seasonal changes, they struggle to get organic citrus, which is why they use dried peel. That gives us this final little piece of modern Australia.”

The distillers use even less traditional gin-making methods for other variations, such as ageing in chardonnay barrels and blending (as in its barrel-aged gin), and adding finger lime and turmeric (as in its Navy Strength edition).

Opening in Healesville was also a strategic play, positioning the distillery as part of the Yarra’s established wine and food trail. “There might be people who are going to get to four or five wineries in a day, now there’s something a little bit different for them,” says MacKenzie. “Gin is such an easy connection to make from wine. It’s aromatic, it’s flavourful, it’s textural, it’s about balance and there’s a truly unique character to the way distillers want to make their own gin.”

Jones believes the distillery will also play a role in showcasing local producers. “We’re playing our part in anchoring Healesville as the capital of the Yarra, and the Yarra is the capital of Australia’s food/wine/gin awesomeness,” he says.

Despite Team Four Pillars’ big ambitions, it’s keeping it simple on the food front, serving bowls of olives and bringing in the occasional food truck. “We’re not restaurateurs, we’re distillers,” says Gregor. “Let’s just make some drinks and have some fun.”