From the management group behind Cherry Bar and Yah Yah’s, expect a big genre mix across two revamped bandrooms. There’s also a warm, lived-in front bar, super crisp $6 empanadas, and tropical-inspired cocktails (including one that “tastes like alcoholic Ribena”). 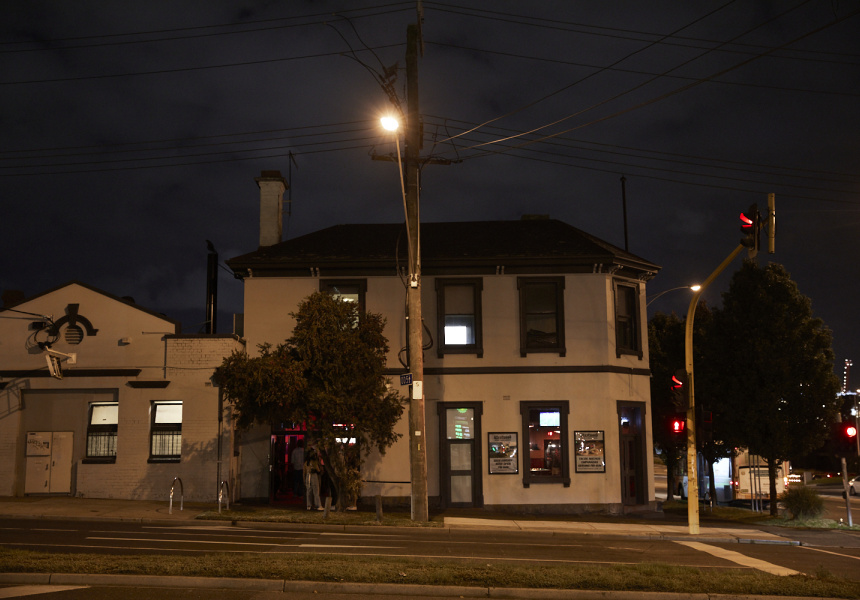 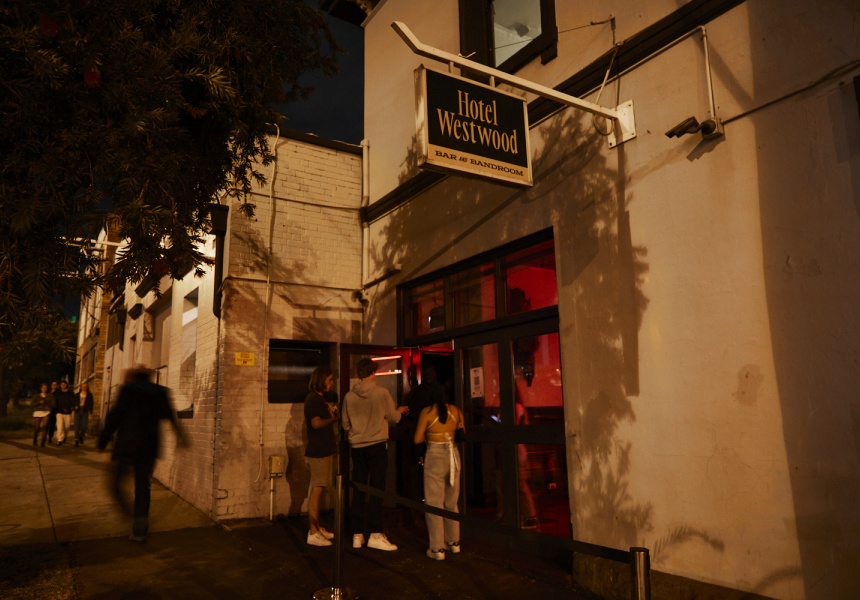 It was early 2019 when Footscray’s beloved Reverence Hotel closed, after the owners were unable to secure another lease on the pub. Drawing as many office workers and families as metal heads and punk-rock fans, it was a massive blow for the west side’s live-music scene.

So it was a relief to hear Cult Leader – the management group behind Cherry Bar and Yah Yah’s – was taking over the treasured yet dormant venue.

“We had the opportunity to save a pub that was earmarked for destruction,” says Nicholas Jones, the managing director of Cult Leader. “And obviously between Yah Yah’s and Cherry, we are as much gig fans as we are promoters of gigs.”

The Rev’s reincarnation, Hotel Westwood, opened late last year – first as a summertime beer garden with a pink-hued courtyard bar, tropical-inspired cocktails and a taco truck. But now the second stage of the revamp is done, and the front bar is open for business.

The new space feels warm and lived in. The pool table remains, but gone is the awkward stainless-steel bench (which Reverence fans will remember). It’s been replaced with an open, green-carpeted area and more tables, with taxidermy animals and old paintings dotted around. And your beer now comes in an old-style dimpled pint glass with a handle.

Along with the recent opening of Goldy’s Tavern in Collingwood, it feels as though we’re seeing a shift away from hyper-polished, white-tiled, brassy pub fit-outs. “I don’t like how many pubs these days are cold and stark,” Jones says.

Just like the Reverence, live music remains a focus. The main bandroom has been updated and a second, cabaret-style seated bandroom has been rebranded as the Bistrotheque, with a fireplace in the shape of a turret (the installer heard it was to “look like a castle”, rather than “look like it belongs in a castle”, Jones says). The space – with turquoise vinyl booths and bright pendant lights hanging overhead – will also host trivia and bottomless brunches.

Hotel Westwood’s programming will be wider ranging than the Reverence’s underground line-ups. So far, it’s hosted indie fave Delta Riggs and local pop-punk act Bakers Eddy, and every Sunday is “Country and Westwood”, featuring live and curated country by Denise Hylands (host of Triple R’s alt-country show Twang). You can also expect hip-hop, and more acts from in and around Melbourne’s west.

“There are so many amazing musicians out here and not enough stages for them to perform [on] – and not enough opportunities,” Jones says. “The west is vibrant from a demographic point of view, and stages are super important so people from different cultural backgrounds have an opportunity to perform.”

The kitchen is still a work in progress (with a May ETA), but for now a food truck is serving super crisp empanadas, sriracha-mayo-drizzled rockling and chicken tacos for $6 each, and loaded nachos for $15. When the kitchen opens properly it’ll have an expanded offering of rotisserie meats in Latin American-inspired dishes, as well as pub classics.

The beer list is mostly from the Lion stable (Furphy, Little Creatures and Brooklyn Lager), alongside Guinness and Coopers taps. Those wanting a local option will find Hop Nation and Two Birds in the fridge. Cocktails are tropical out the back, and classic in the front. There are also a handful of house specials like the Roadrunner (tequila, cucumber, jalapeno, lime and agave) and the Piranha (which Jones says “tastes like alcoholic Ribena”).

“We are deeply excited to be here,” says Jones. “This is a passion project for us. It’s the most ambitious and the biggest thing we’ve done. Even bigger than us having to move out of AC/DC Lane with Cherry. It was probably stupid to do this at the same time.” 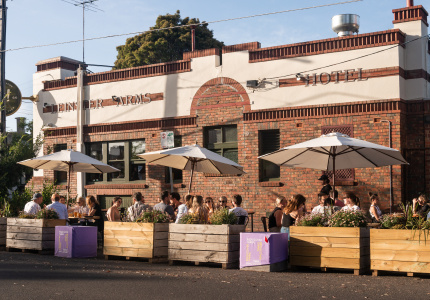 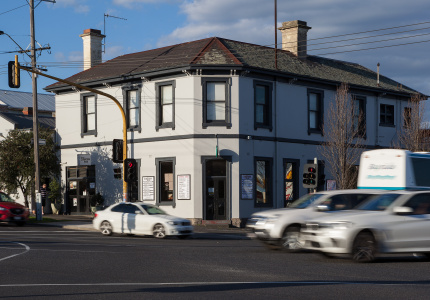