Get woodfired pizzas, tagines, lasagnes and grilled cabbage with goat’s cheese from the team behind South Melbourne’s Half Acre. There’s also a full shabbat dinner for four, and chocolate babka for dessert. And a percentage of proceeds go to charity. 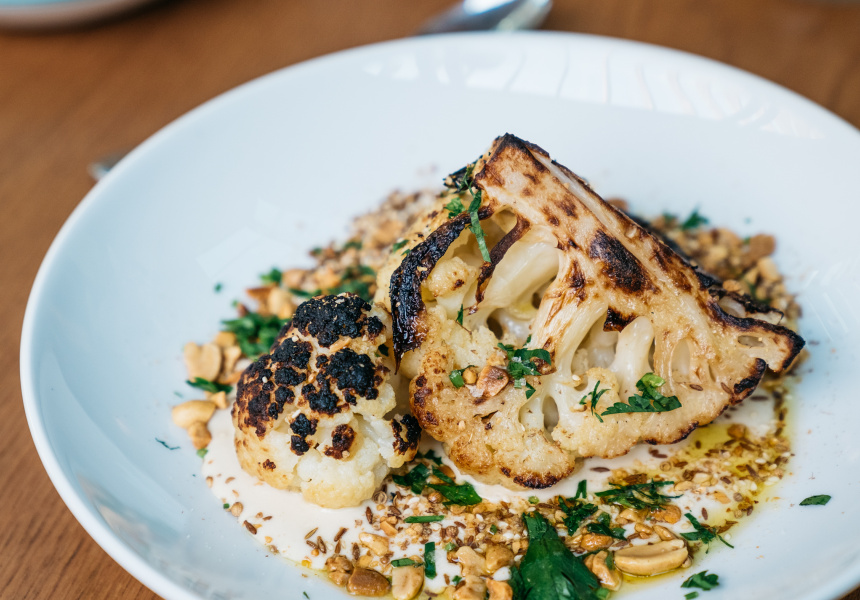 “Half Acre is all about sharing food, a table with 10 to 15 friends and family, and obviously you can’t do that right now,” says co-owner Adam Wright-Smith.

Many of the dishes – including woodfired pizzas (which have been frozen for delivery); dukkah-dusted wood-roasted half cauliflower with tahini; and grilled cabbage with torched goat’s cheese – will be familiar to Half Acre regulars.

A series of special dinners will coincide with cultural food events. Last week was dedicated to Orthodox Easter, and a Shabbat dinner for four ($185) is available every Friday. The menu includes challah; chicken soup with noodles; gin-and-lemon-cured salmon; a roast chicken; salads; vegetables and more.

Kitchen staples include pasta; rice; dairy and soy milks; St Ali coffee; Gippsland cheeses; ice-cream and sorbet from nearby Jock’s; and sweets and pastries (including chocolate babka) by Melbourne-based Sara’s Cakes. There's booze, too – get beer, cider, and Australian and international wines, including plenty of natural drops.

Wright-Smith co-owns Half Acre with Asaf Smoli and Leigh Worcester, the duo behind Food & Desire, and the new venture is helping keep both companies’ chefs busy during the shutdown.

“We love being around people. Not being able to do that was probably one of the hardest things [about the shutdown],” says Wright-Smith. “But it also highlighted there were other people out there in far worse situations than we were ... and they’ve been struggling for a really long time.

“[We thought,] 'how can we keep jobs and how can we still do what we love, which is cooking food and creating experiences for people, and help out others at the same time?'”

Customers can also donate directly to the charities through the Food4Good ordering platform, or order a surprise meal for a friend or someone in need.

Deliveries are made on Wednesdays and Fridays within 15 kilometres of the CBD for an $8 fee. Same-day delivery is available for orders placed before 10am. You can also pre-order for pick up Monday to Friday from 12pm to 4pm.