A Food Truck Muster For the South

Over the next six weeks there’ll be a food-truck oasis in the back streets of Elsternwick. 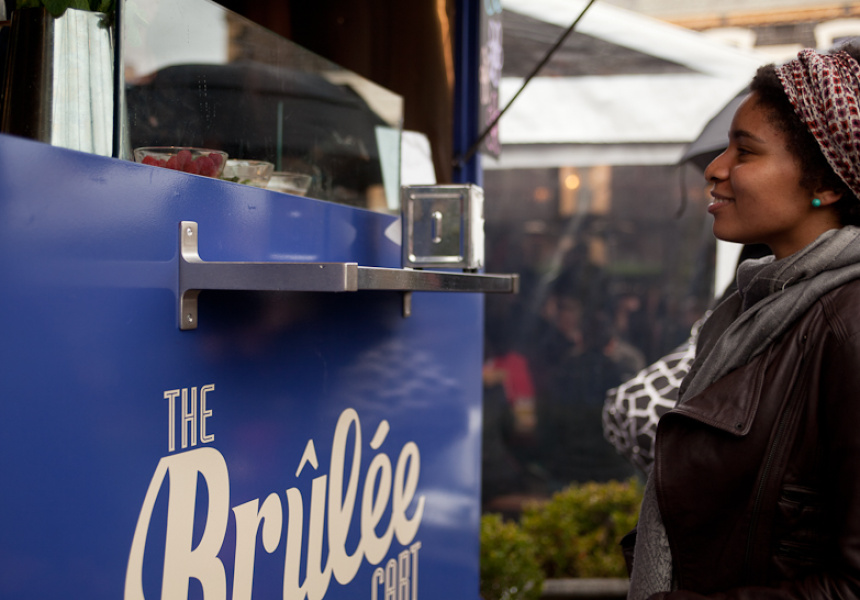 It’s no secret the south-eastern suburbs of Melbourne are neglected when it comes to the food-truck boom. It’s been too difficult for trucks to obtain permits to trade on the south side – until now.

Rebecca Feingold, the grilled-cheese queen and driving force behind TOASTA, the mobile sandwich pressery, has found a vacant parking lot from which to sling her toasties. It will also host fellow food trucks from across the river.

It’s called The Southside Social and it’s happening at 15–19 Gordon Street, Elsternwick for the next six weeks and potentially longer (depending on the permits surrounding the soon-to-be apartment block).

It’s essentially a trailer-park eatery, similar to what’s happening in places such as Austin, Texas where you can stroll in, choose from a selection of food trucks, take a seat next to an outdoor heater and dig in.

“It really just opens the door for food trucks to provide more of an atmosphere,” says Feingold.

“As soon as I saw the space, I knew it was going to be the perfect opportunity for us to finally get across to the south side.”

The Southside Social will host at least three-to-four food trucks at a time, including TOASTA, White Guy Cooks Thai, Mr Burger, Soul Kitchen Wood Fired Pizza, Danger Dogs and The Brûlée Cart. And there’s a callout for even more trucks to roll on in.

“We’re open to any food trucks that want to get involved because it’s what the locals want,” says Feingold.

And there’ll be a bar setup by the guys behind Pink Lady Cider. There’s also a ping-pong table, plenty of seating, heaters and umbrellas and plans for live music in the near future. The trailer park is also conveniently neighbouring the Classic Cinema, a perfect pre-movie option.

The Southside Social will be wheeling and dealing Wednesday to Friday nights from 5.30pm–9pm and Saturday and Sunday 12pm onwards.