Food For Thought: A Frank Discussion on Mental Health in Hospitality

When working gruelling hours in high-stress, high-temperature environments mental health issues can be exacerbated. It’s time we talk about it. So we did. 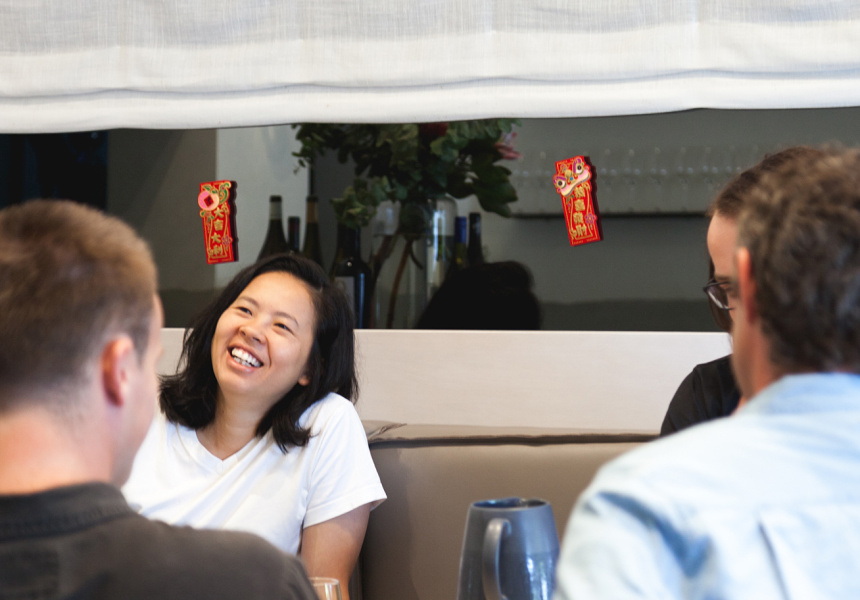 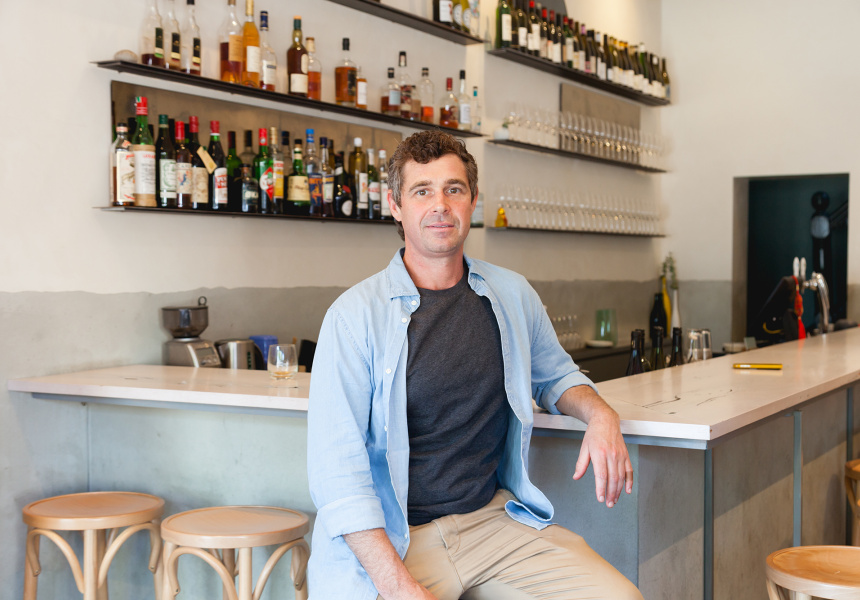 Long, hard and irregular hours are the norm for people who work in kitchens. There’s a longstanding industry culture of grinning and bearing it, but in the past couple of years there’s been a groundswell around fixing that.

Food For Thought, founded by Mal Meiers in 2014, is part of that. It's a regular charity dinner that raises funds for Beyond Blue and RUOK. More specifically, the evening gets hospitality professionals talking about mental health.

Broadsheet gathered three Food For Thought ambassadors – Shaun Quade (owner and chef of Lûmé), Thi Le (co-owner and chef of Anchovy) and Nick Bennett (executive chef of Arbory Bar & Eatery) – for a candid conversation about the big problems in hospitality culture, and how to mitigate them.

Shaun Quade: Mental illness… I find it completely crazy that no one talks about it. It’s changed a lot in the last five years. But, particularly in hospitality, we’ve got this culture where you’re supposed to just push on. It’s not sustainable to work 80 or 100 hours per week and to have a life outside of that, and to look after your mental wellbeing … It’s not the best environment for someone who’s feeling fragile.

Thi Le: I think it’s really hard to identify staff who are suffering. Sometimes chefs are feeling really low, and think: “Oh, I just can’t do it this week.” There’s a lot of pressure, especially in a small kitchen, in asking for time off. In a way, we put that pressure on ourselves.

SQ: Well that’s the thing … Unless you’ve had a death in the family, you’ve got to show up to work. That’s just the culture. But it’s important for us all to acknowledge that people struggle. It’s a hard industry and it can be very stressful. There don’t need to be any singalongs or anything like that, but talking about it is key.

Nick Bennett: I remember when I was doing my apprenticeship there was no time off. Not even for sickness. You come to work, or you don’t have a job. You get taught to not show any emotion.

SQ: I think the hospitality industry on a whole is based on tradition. It’s so deeply ingrained in everyone who works within it. For the industry to sustain itself, and to have places like Anchovy that are owner-operated, then we have to change. Young chefs don’t want to work 90 hours each week. They can’t.

NB: Doing those long weeks can be great, but only if you’ve got a great team. It feels like family at times.

SQ: That’s a good point. If the kitchen is nurturing and it’s the right personality mix, it can be a really good working environment.

TL: That’s what it’s like here [at Anchovy]. And we’ve all worked in small kitchens, doing those long hours. It all comes down to how you build that culture together. As Shaun was saying, you just need to talk. We talk about everything here. I need to know where people stand. If a chef’s partner is upset because they’re spending too many hours here, I have to think: “How can we give them the time to spend with their partner without making them feel like they’re asking too much from us?”

SQ: Doing things like Food For Thought puts these things in people’s faces. Even if they don’t have any experience with their own mental health, they’re still talking about it. It might give a young chef the confidence to approach their boss and say they need help. Apart from raising a lot of money, it’s important to get this in the mainstream consciousness.

TL: Yeah. When I first moved to Melbourne, the only people I knew were my two bosses. It got to a point a few years ago, when I’d opened my own restaurant, that I was so lonely. Yeah I’ve got my own restaurant, but I’m here seven days a week doing admin, and paperwork and fixing the floor. It’s like: “Who do I talk to?” The more the restaurant gives you, the more it takes away from your family and your friends.

SQ: I know that feeling well. We had a week and a half off, over Christmas. I had three days off before heading straight back to the restaurant. I’m like this anxious little troll who has to be constantly changing the menu. The pressure on the outside isn’t nearly as much as the pressure from within, to support my staff and my business.

TL: You put so much pressure on yourself, to the point where you become anxious. This is what all chefs feel. When you step into the kitchen, you start to forget everything else that’s ever happened in your life. It takes someone close to you to say: “You have to relax. The restaurant is still going to run. If you want to do this forever, you just need to slow down.” All the big restaurants in Europe don’t get to number one in a year … it takes them 20 years.

Patrick Boyle (Broadsheet): The hospitality industry is often associated with substance dependence and abuse. What are some sustainable ways to wind down after a long service?

NB: My wind-down is family. I spend all of my spare time with them. But when I was younger and working really hard, I used to ride a lot. I’d ride to and from work, to get away from that cycle of drinking. A 20-minute ride is a good way to get the adrenaline out from a tough service.

SQ: We have a very structured workplace [at Lûmé]. Everything is very systemised. The only time that someone can have a drink is on a Saturday night when there might be an open bottle of wine. But it’s not something I encourage. It’s a vicious cycle.

NB: It is part of the culture though, isn’t it? It’s crazy. You just can’t do it after working a 90-hour week.

SQ: Drinking is really entrenched in the culture of hospitality. You know … the knock-off drink. I’ve seen it my whole career, and it’s just destructive. It’s not sustainable. It’s not good for anyone’s career, it’s not good for any business. So we get through our service, pack down as quick as possible, and then get out of there. I don’t like people hanging around. Go home. See your partner, pet your dog. Do whatever makes you happy.

TL: We’re in a weird kitchen, where no one really drinks or smokes. After service we might sit down and have a glass of wine. We eat supper a lot, and we just talk. When you go home sometimes you just need to vent. When we talk after service, it’s a way for everyone to reflect.

SQ: I think it’s about encouraging young chefs, and anyone in hospitality, really, to think about why they’re doing it. I think a lot of people are doing it just for the paycheque. You’d make more money being a garbage collector. Working in a kitchen is a lifestyle, and the industry spits people out. There were a couple of cases last year of high-profile chefs killing themselves. But it happens… all around the country, and all around the world. Not just in our industry.

NB: Under 45 it’s one of the biggest causes of death.

SQ: And the bullshit mentality that goes along with hospitality lifestyle, it just makes that even harder. So when we’re doing Food For Thought, the food is actually an afterthought. That’s not why we want people to come. We want them to come and talk about it. I think the fact that Mal [Meiers] is a young chef, and has raised hundreds of thousands of dollars, is amazing. It’s very admirable. The least we can do is put a canapé together and turn up.

NB: We’re there to have some fun and some canapés, but at the end of the day it’s all about awareness. We want to show younger chefs especially that it’s okay to talk about how you’re feeling.

Food For Thought is Monday February 12 at Arbory Afloat, from 6.15pm. Shaun Quade, Thi Le and Nick Bennett are all contributing canapés to the menu.

For help and support dealing with depression and suicide contact Lifeline on 13 11 14.