Fonda the Third in Flinders Lane

In its third incarnation, Fonda Mexican swears it will bring a casual dining venue to Flinders Lane where the wait isn’t longer than the experience. 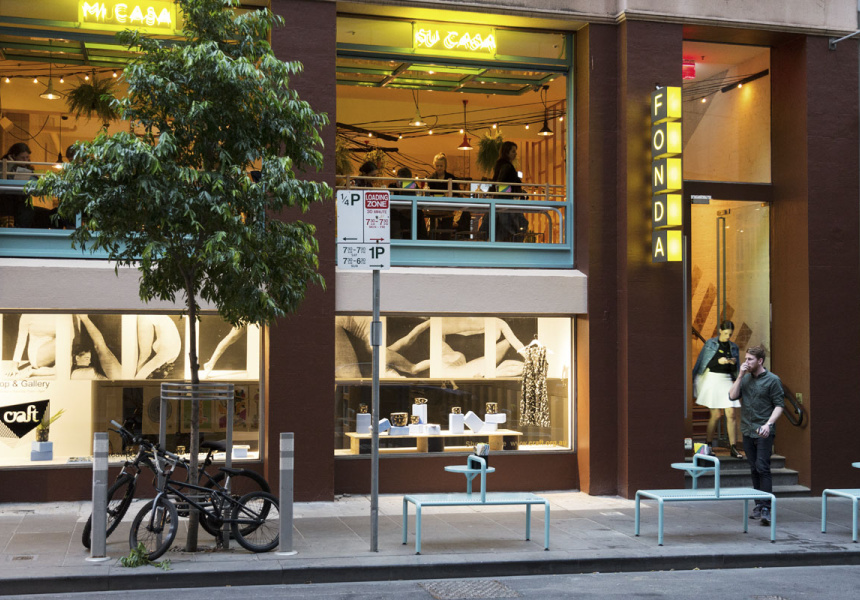 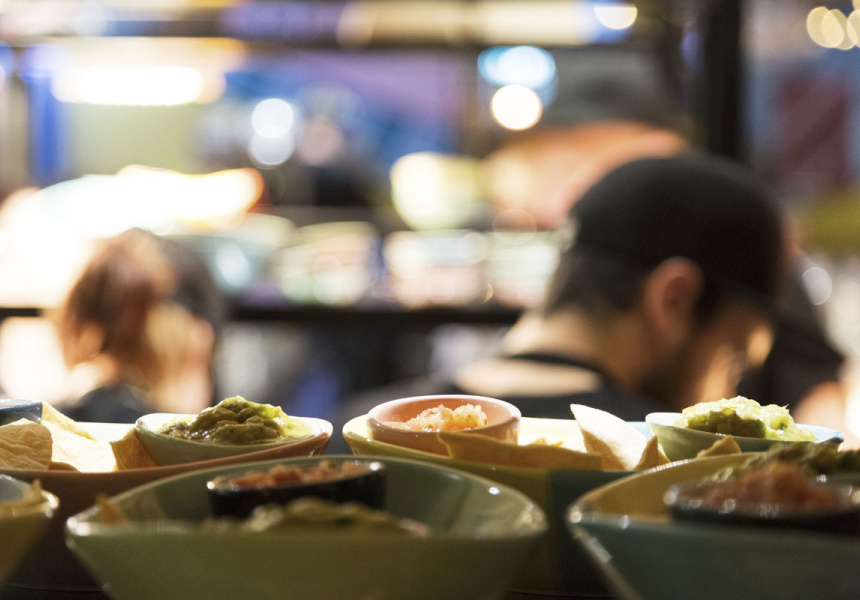 With the Spanish term ‘fonda’ loosely translating to ‘house’ or ‘inn’, the proprietors behind the popular Mexican eatery of the same name have really gone for a literal interpretation with the opening of their enormous third venue in the CBD.

With a clever fit-out by talented architects Techne, and a fresh, colourful branding profile by designer Luke Henley (both collaborated on the Richmond and Windsor locations), the restaurant perfectly emulates the warmth and relaxation of a home – albeit a pretty cool one.

Here you can pull up a striped canvas chair on the raised tiled front ‘verandah’ near the entrance on Flinders Lane, make your way through the homey timber tables and exposed kitchen at the restaurant’s centre, or head way down to the back ‘porch’ area. Here, bathed in the glow of twinkling, strung-up fairy lights it is cosy enough to feel as though you really are in someone’s backyard. And of course, as with the previous two incarnations of Fonda, the succinct, street-style menu comprised of tacos, quesadillas, burritos and light, fruity cocktails is delicious.

When Fonda owners David Youl and Tim McDonald discovered the space, previously occupied by fine-dining establishments Virginia Plain and the short-lived Mercy Bar and Eatery, they were immediately excited by its potential. Where the previous restaurants were moody and darkly lit, the boys saw the opportunity to create a warm and natural atmosphere; flooding the space with natural light and colourful features, making it a fun, relaxed place for people to head after work or on the weekends.

“We intentionally made it a bit more fun because there are a lot of ‘serious’ restaurants in the city,” says McDonald.

Fonda is not trying to compete with the Mamasitas or Chin Chins of the neighbourhood, although its clientele is likely to be similar. The difference here is that due to its grand size, the new Fonda can seat 200 patrons, meaning the accepted two-hour wait you will find at other casual dining spaces in the area simply isn’t an issue. Although, we have a feeling once word gets out that won’t be the case for long.