Flour, Water and Love: The Attica Bake Sale in Pictures

On Saturday March 30, Melburnians braved rain and one of the city’s coldest March days on record to show their love and support for Christchurch and those affected by the recent terror attacks. Broadsheet writer and photographer Max Veenhuyzen reflects on a special morning in Ripponlea. 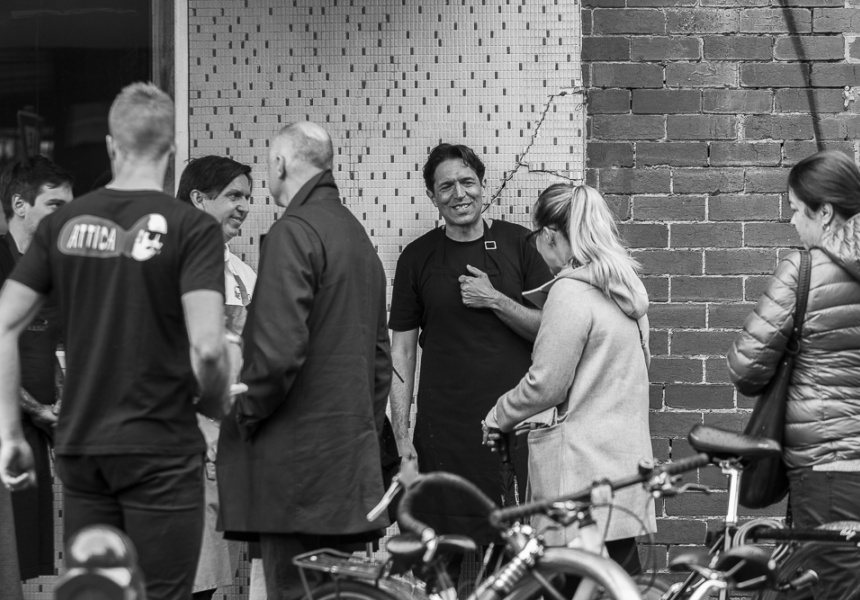 Friday at 10am: Croissant prep at Lune Croissanterie, Fitzroy 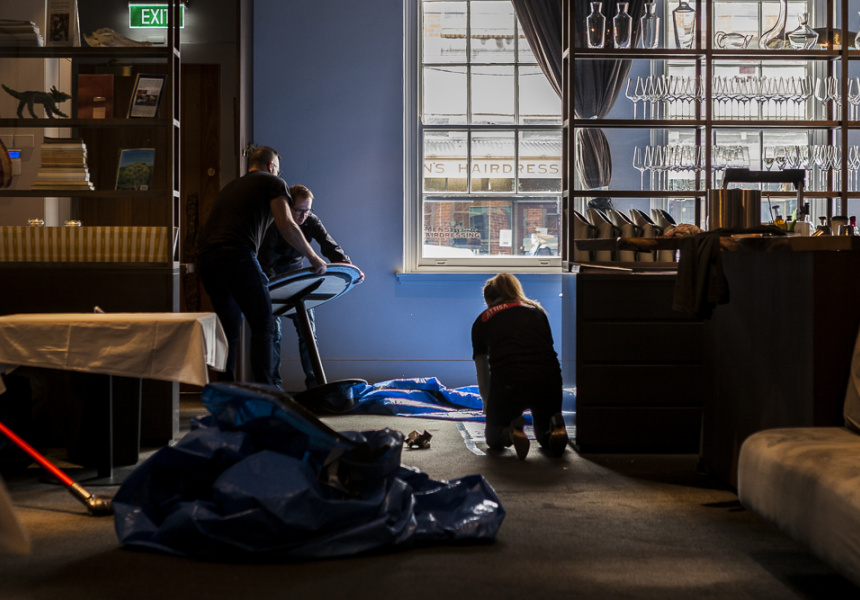 There are bake sales, and then there are bake sales. On Saturday, Attica – Ripponlea’s world-renowned fine diner – held a fundraiser in aid of those affected by the Christchurch terror attacks in March. And because chef-owner Ben Shewry isn’t the sort of person who does things by halves, the event went well beyond meringues and fairy bread, starting with the line-up of chefs involved.

Barrett and Stone headed to their Yarra Valley restaurant at 3am to bake their native Australian hot cross buns. Andrew McConnell was up early to ensure his burnished Basque cheesecakes were at the optimal eating temperature by the time the sale started at 9am. (“They taste totally different if you put them in the fridge,” he told me while test-baking at Supernormal Canteen on Friday morning.)

Peter Gunn from Ides did the bulk of the baking and icing of his cream puffs after Friday service and morning-of. There were similar stories from Baker Bleu’s Mia and Mike Russell, Ash and Gary McBean of Gary’s Quality Meats, and Huxtaburger's Daniel Wilson.

Shewry and the Attica team spent Friday night weighing, cutting, rolling, piping and dusting the restaurant’s wildly popular Vegemite scrolls (in a one-off plus size exclusively for the bake sale). It was just one of the many tasks on the to-do list for Shewry and Attica operations manager Kylie Staddon, the pair driving the event – not that either were interested in taking credit for the day.

“It’s not a day of self-congratulation,” said Shewry in his pre-opening address to volunteers. The speech was followed by the anthemic Kiwi tune Loyal by Dave Dobbyn and a moment of silence for those affected by the Christchurch attacks. “It’s a day of reflection, it’s a day of solidarity. It’s a day to say fuck hate in all its forms – that’s not who we are. We’re going to show these people coming here some love. We’re going to raise some really significant money for families of the victims in Christchurch and the wider Muslim community.”

And raise significant money they did. Between the sale of some 3500-odd baked goods, hugs (priced at $100) from media personality Hamish Blake and writer and beauty entrepreneur Zoë Foster Blake, and donations from fellow hospitality workers who couldn’t make it on the day, the Attica Bake Sale raised $51,380.70 for the Christchurch Shooting Victims’ Fund. Good things, it would appear, happen when one of the city’s most respected chefs calls up some friends to lend a helping hand.

But people didn’t just line up (literally) around the block for world-renowned vegan and non-vegan croissants. Or for the likely never-to-be-repeated Belles breakfast chicken sandwich. Or for the sublime sausage rolls. They were there to support Christchurch, the wider Muslim community and New Zealand. They were there to reinforce the values that connect us as humans – values demonstrated throughout the morning, particularly when Shewry and the chefs had the unenviable task of breaking the news to those in line (wet, soaked and hungry on one of the coldest Melbourne March days on record, some having braved the rain for more than two hours) that they had, inevitably, sold out. Not only did the punters take the bad news with grace, many still donated to the cause. It was a poignant reminder of the power of doing the right thing.

“Every one of us can step up and say something when we hear or see something that’s inappropriate,” said Shewry as part of his pep talk. “When I look back on my life, there are moments when I wish I did speak up.”

The people of Christchurch, at least, will be glad he – and the chefs and people of Melbourne – spoke up on Saturday.

You can donate to Christchurch Shooting Victims’ Fund here.