Connoisseur Gourmet Ice-Cream’s new Brooklyn Collection features the Coney Island, which pairs golden syrup with butter swirl and corn nuts. In partnership with the collection, we look at how this sweetener is a delicacy’s secret ingredient. 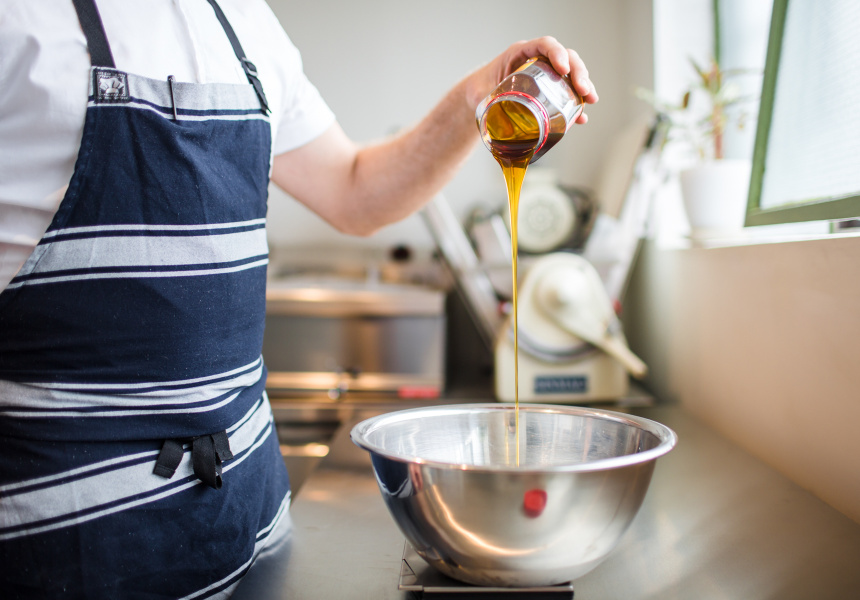 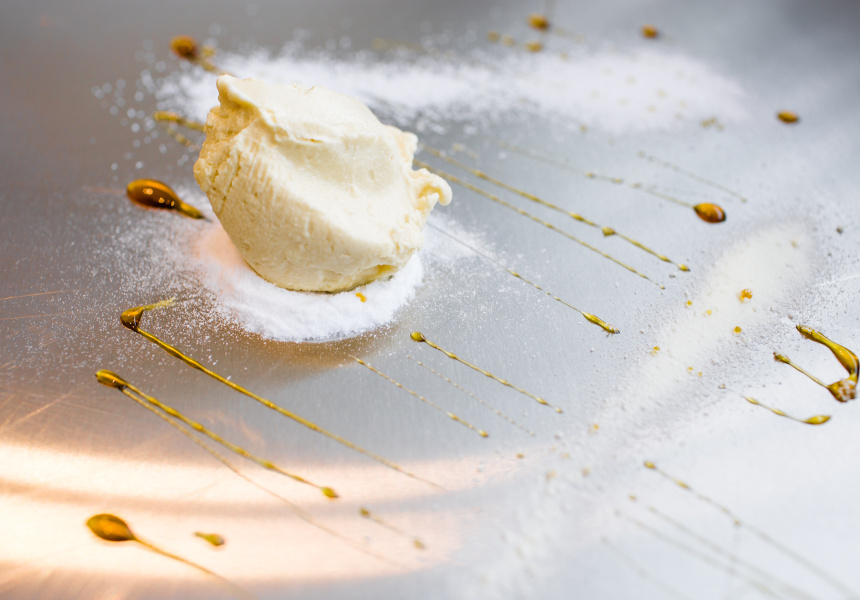 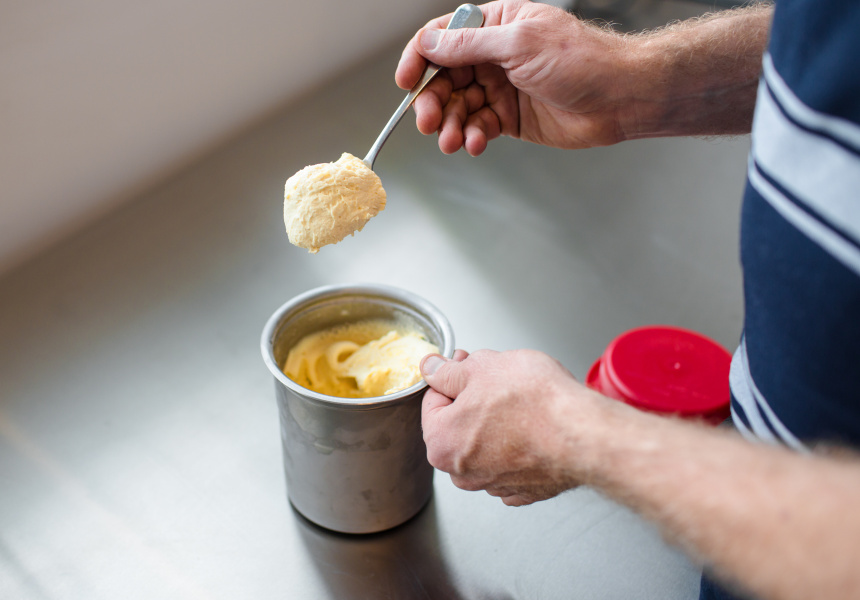 Pierre Roelofs is one of Melbourne’s best-loved pastry chefs, and the creator of the ever-popular Dessert Evenings. He's worked in some of the world's most prestigious restaurants, including El Cellar de Can Roca in Spain and The Fat Duck in the UK. Despite these influences, Roelofs’s love for working with golden syrup is homegrown.

Roelefs grew up in New Zealand, which shares a common baking tradition with Australia, Great Britain and the United States. “In New Zealand there’s an iconic cookbook called the Edmonds Cookery Book, which every Kiwi would know,” he says. “There are a lot of recipes in the baking section that contain golden syrup,” including the quintessentially antipodean Anzac biscuit.

The syrup is one of Roelofs’s favourite ingredients. “It’s just so familiar to me,” he says. “It has a very characteristic flavour, an almost metallic note which I find quite intriguing. It gives not only sweetness but colour and depth of flavour as well. An alternative to purified white sugar, and a different character without being overbearing.”

It means golden syrup is often a focal point of Roelofs’s desserts. “I’ve made all sorts of things out of golden syrup,” he says. “Ice-creams, crèmes, gels and wafers.” He says there’s an art to pairing it with complementary ingredients. “I’ll choose flavours that will counterbalance golden syrup’s sweetness, something that has acidity or fruitiness. Citrus works really well, or earthy flavours. One of the most popular desserts I’ve ever created was based around semolina, marmalade and golden syrup. It was a real hit.”

Alain Belaichi, head pastry chef at Sydney’s Luxe Bakery, is another proponent of golden syrup’s distinctive qualities. Belaichi says aside from its distinct flavour, golden syrup’s value is in its liquid softness, which requires close attention.

“You’ve got to be careful,” says Belaichi. “Obviously with caster sugar you’ve got a dry mass that you’re adding to the recipe. When you’re using golden syrup, you’ve got to account for the syrup factor – the liquid you’re adding to the recipe. When you make a sponge [for example], you can see the effect the golden syrup has on the texture, crumb and density of it.”

“If you use only sugar it will be stiff like a cake,” he continues. “The syrup ensures that once it’s baked, it’s still soft. And tasty. “It gives the balance of sweetness and softness together,” he says.

Belaichi uses it in Luxe’s take on an all-American classic: the pecan pie. “The Americans use a lot of golden syrup,” he says.

New York pasty chef Sam Mason won’t deny it. Co-owner of OddFellows ice-creamery in Brooklyn, Mason has been responsible for introducing Brooklyn residents to wild concoctions such as “chorizo caramel swirl” and “tobacco, smoked chili and huckleberry”. When tasked with creating flavours to represent his city for Connoisseur’s Brooklyn range, Mason’s says the ingredients unabashed sweetness led him to think of the Coney Island amusement park and its nostalgic pull.

Positioned at the southern tip of Brooklyn, New York, Coney Island was the first permanent enclosed entertainment precinct in the world, and a singular precursor to the Disneylands, Wet N’ Wilds and Dreamworlds we know today. Though never a destination for culinary delights, Mason says amusement parks hold a unique place in our hearts when it comes to food. “Coney Island is just a beach front and amusement park with rides and games of chance,” says Mason. “But it does make me think of popcorn nuts.”

Using popcorn nuts as a base for his creation, Mason’s Coney Island recipe aims to represent the allure of the old-timey park with butter swirl and golden syrup. “It complements the popcorn nuts with a nice crunchy element,” says Mason.

Try golden syrup in your city: