This classic French dish is being transformed all over Melbourne, from an elegant modern Chinese take to a dry-aged porterhouse version peppered with native Australian ingredients. 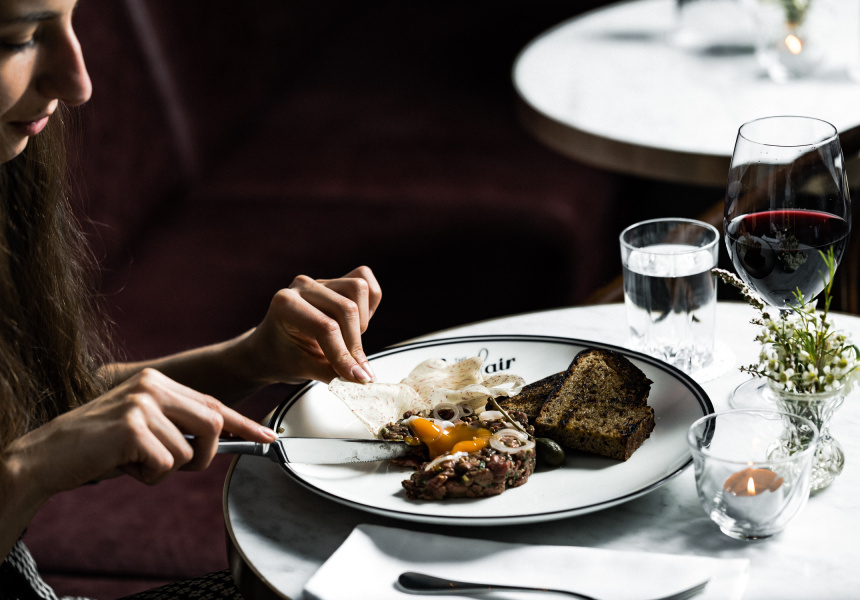 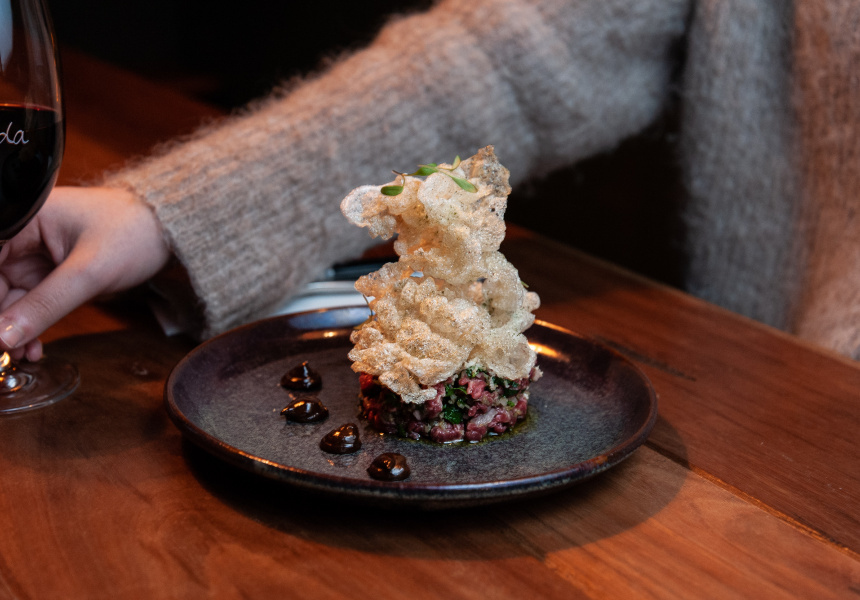 Let’s not beat around the bush – tartare is incredible. Whether you like your regular steak cooked rare and tender or burnt to hell, it’s hard not to fall for the tiny, gem-like cubes dancing around with mustard, pickles, capers and egg yolk that makes up this classic French number.

Deciding which takes to include here wasn’t easy – it seems almost every mid-price restaurant and up does a version. But while there are acres of tartares to love in Melbourne, we’ve narrowed down five favourites that have hit local menus in the last year.

The Mayfair
This French brasserie and cocktail bar excellently executes the classic. The steak arrives pressed into a neat disc on the plate, dry aged for four weeks before it’s diced. The marriage of perfectly tangy mustard dressing and umami smoked egg yolk is one that’s solid and loving. You can tell these ingredients were fated to be together. Served with slightly less traditional taro crisps and a few crunchy buckwheat groats for texture, it’s easily one of the best in town.

Longsong
More Australian still is Longsong’s dry-aged tartare. Vivid red cubes of O’Conner’s Gippsland porterhouse are seasoned with tarragon, capers, house-made pickles and native black pepper, served on a bed of cream and crowned with fried saltbush leaves and grated horseradish. It puts native ingredients on a pedestal, and the crackling leaves provide a more satisfying crunch than any piece of toast could.

Nomada
The standout on the tapas list at this Spanish-inspired spot is the tartare with black garlic emulsion and puffed beef-tendon crisps. The latter are braised, then squished under a weight, sliced with a meat slicer and flash-fried. When the plate hits the table you can hear the snap and pop of that feather-light crackling. “We sliced it too thin once and when it went in [the oil] I was like, ‘Whoa where did it go?’” says general manager Michael Burr.