A wholesale roastery turned voyeuristic coffee bar, a warehouse conversion like nothing else we’ve seen this year, and an eatery in former stables you have to know is there. 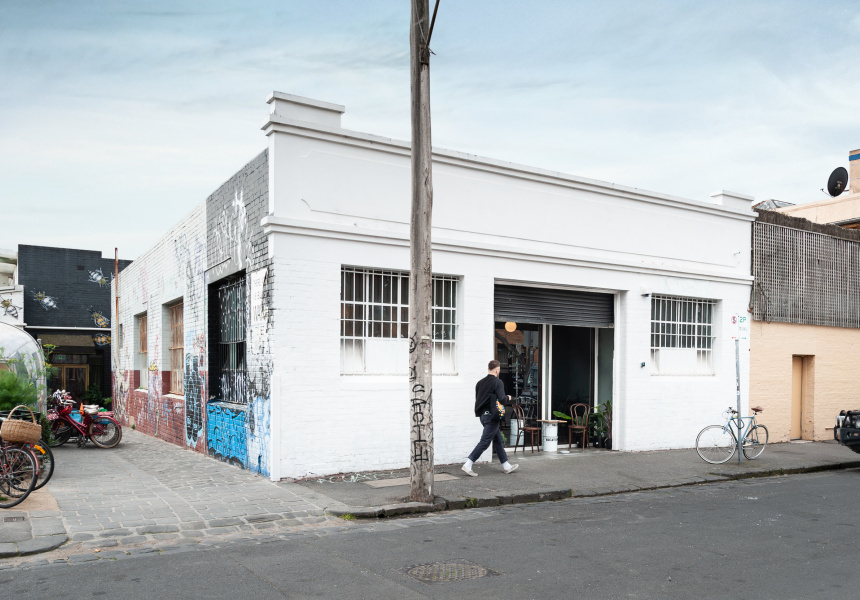 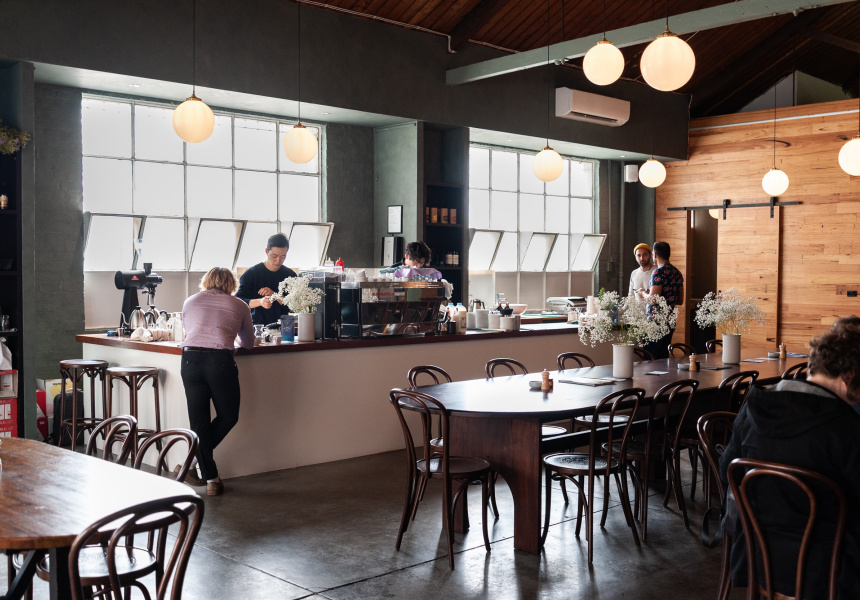 Light. Bright. Open. Tough industrial elements softened by pops of greenery. Filter coffee served in handmade ceramic vessels. There’s a bit of a formula here – but it works. Brunch in a beautiful, light and airy space where you’re not seated on top of your neighbour is an experience we all crave. Here’s a handful of new openings we love, where rafters are exposed, concrete is polished and the light always streams on in.

Louis is a new eatery by friends Anoop Lokkur and Avtar Singh, and the building’s inconspicuousness is what drew the pair to it. There’s no obvious signage. You have to know it’s there.

Inside, comfort is paramount, hence the vast spaces between the tables. The walls are a soft olive-green, and the spectacular corrugated-iron ceiling and exposed rafters are worth a look up.

The scrambled eggs are a standout, with green chilli, manchego, caramelised onions, cherry tomatoes and crisp bacon served on pesto-slathered toast. And there are fluffy dorayaki (Japanese sweet pancakes), filled with banana and coconut cream and topped with vegan pistachio gelato.

Veneziano Coffee Roasters
Veneziano co-founders Rocky Veneziano and Craig Dickson have been selling coffee from their Abbotsford roastery for almost 13 years, and some of Australia’s most successful baristas have worked there.

Even so, when they moved to Richmond they never imagined filling the colossal warehouse space, which was fitted out by Technē Architecture. There are dramatic floor-to-ceiling windows, and – true to the eatery’s industrial roots – polished-concrete floors, exposed copper and red pipes up top. On one side of the room, forklifts unload pallets, a glimpse behind the scenes.

Ex-chef de partie at Dinner by Heston) KaiKai Yan is plating eggs with chorizo crumb and crispy sage, and black rice and quinoa porridge with poached quince and toasted coconut.

Project281
At Project281, Sarge Michael and Connell McGrath (former owners of The Glass Den) have embraced the warehouse conversion like nothing else we’ve seen this year. On entry, a towering wall of one-tonne concrete drainage pits overflow with greenery. Inside there’s yet more concrete: counters, balustrades et al. Chandeliers are made from Victorian-esque steel lacework.

The Korean and Japanese-influenced eatery is a big one, seating 97. On the menu, a vegan smoothie bowl with acai, almond butter, banana and Coyo; soft-shell crab okonomiyaki; and a bulgogi burger.

Cibi
“Cibi” is Japanese for “little one”. But it’s not so little anymore. The well-loved Northside eatery moved just last week, from a few doors down Keele Street to this sprawling new warehouse space.

The 60-year-old former clothing factory is four times the size of the original but still feels warm and familiar. This is thanks to the spacious open kitchen (manned by co-owner Meg Tanaka), mismatched tables and chairs, and makeshift display tables (constructed from aerated concrete slabs) displaying hand-selected Japanese homewares. Light streams in from the street-facing windows and skylights overhead.

The signature Japanese breakfast of grilled salmon, tamagoyaki (a layered and rolled omelette), greens, rice and miso soup is still on offer, but here are new options too, such as seared salmon with tofu-and-mushroom-stuffed lotus root rounds, sweet sesame pumpkin, broad-bean salad, and rice and quinoa mixed with soybeans.

There’s a cupping lab and a barista training area, which you can watch from two-tier, bleacher-style metal seating. It’s a bit voyeuristic, but owner Melissa Floreani says she loves the connection it helps her team build with customers.

Floreani uses coffee profiling software to achieve consistency with the flavour profile of different blends and roasts. Once they find the point the coffee is at its sweetest, they lock it down. Beyond coffee, there are pastries from Phillipa’s Bakery.