Ballarat is a long way to go for a beer. This festival makes it worth the drive. 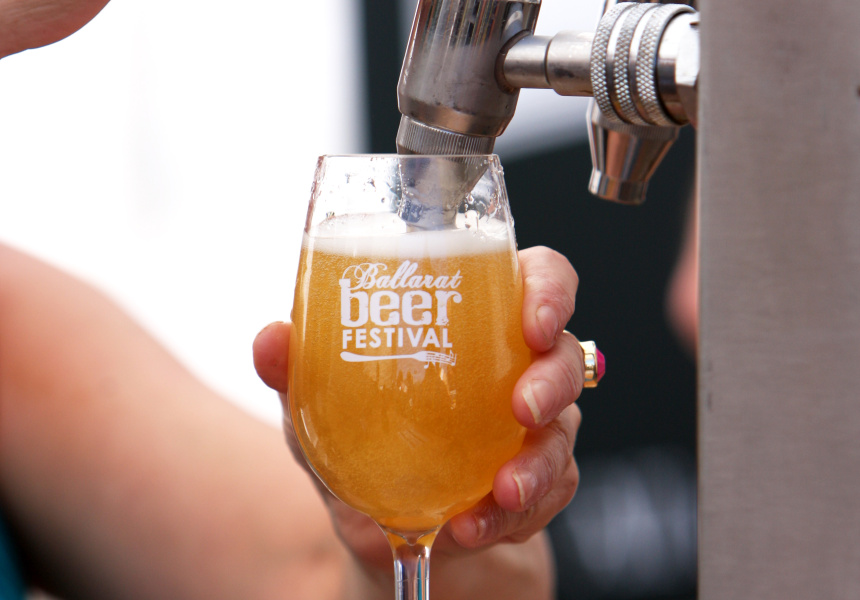 It takes an hour-and-a-half to drive from Melbourne’s city centre to the Ballarat Beer Festival – and that’s without traffic.

Melbourne is hardly short of craft beer. So why should we travel 120 kilometres to wrap our lips around a craft brew?

The fifth annual Ballarat Beer Festival returns this Saturday. Here are five reasons why it’s worth the trip.

1. Ballarat is the home of Australian home brewing

To show how serious it is about the stuff, Ballarat will be temporarily renamed "Beerllarat" over the coming weekend. The City Council approved the renaming in support of the festival, an announcement that has Dexter more than a little bit excited.

2. The selection is bigger than ever

There will be 42 Australian and international breweries on-site. Dexter explains, “Sure, there are many places in Melbourne that serve craft beer, but there aren’t many places you can access all of these breweries at once.”

Each brewery will supply multiple beers from their ranges, making for more than 150 kinds in total. It also gives you a chance to meet the brewers and ask them questions (or just have a chin-wag).

3. There are bands all day

Legendary Australian rock act You Am I will headline the festival. The band is also the inspiration behind a Young Henrys limited-release brew, Brew Am I, available over the weekend. Also on the bill is The Bamboos frontwoman, Kylie Auldist, and Melbourne band, Dallas Crane.

There will be an impressive showcase of cider, wine and sangria. Mitchel Harris Wines presents the perfect summer sangria. Batlow Cider Co., Flying Brick, Too Many Chiefs, Mr Little and Golden Axe will bring out a range of ciders.

As for food, the festival is hosting 14 food trucks, including SquidInc, Round the Way Bagels, Bavarian Bangers and The Little Mushroom Co. The festival will also feature an expansive Kids Zone to keep the little ones occupied.

Whether you’re into the whole beer-matching thing or not, you can’t really go wrong with good beer and good food.

Huxtaburger and Huxtable chef Daniel Wilson will host a four–course degustation with matched craft beers on the eve of the festival.

Wilson explains, “All meat is sourced locally, and I’m dousing my Western Plains pork rack with a sauce made from one of my favourite beers, a Wolf of the Willows Brewing Co. Johnny Smoke Porter.”

The degustation is accompanied by a sweet soundtrack from alternative Australian roots duo, Zeebs vs. Miss Vitula.