In the old Dracula’s theatre restaurant, and under the watchful eye of a 1.5-tonne steel dragon, Australia’s first Panda Hot Pot – a chain with more than 400 restaurants worldwide – is serving fiery DIY soup with a choice of 80 ingredients. 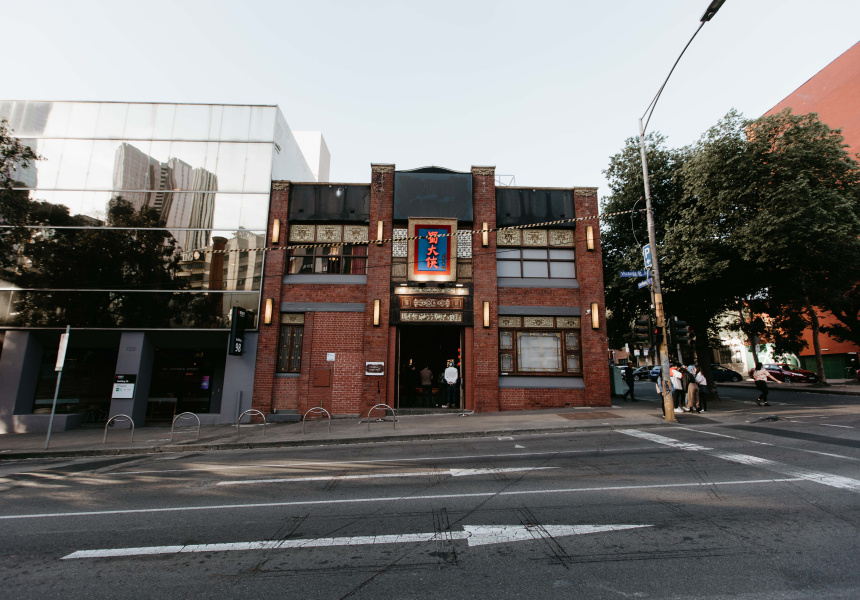 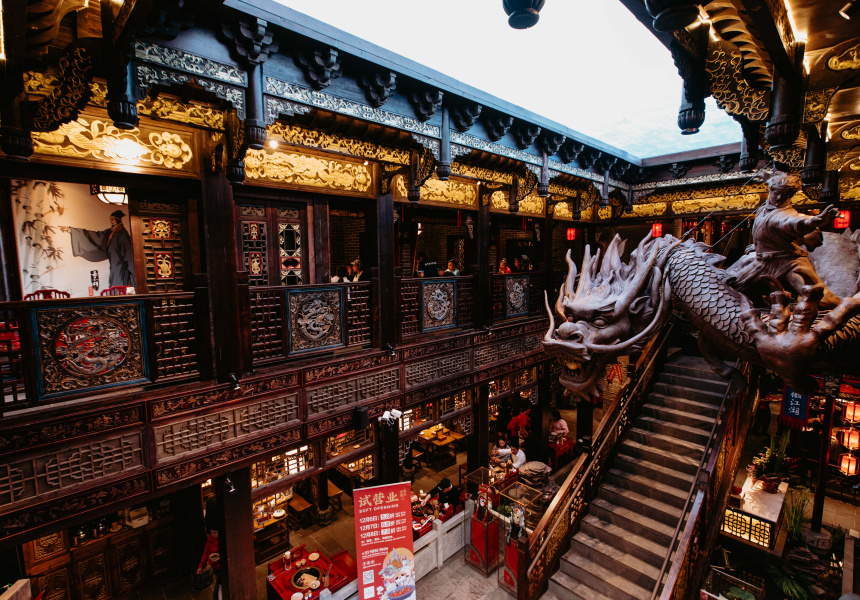 “Hot pot originates in Chengdu, and that is also the hometown of the Panda, so we are combining the two things,” Li says of the name. “The panda is cute, but he can still fight [and] do Kung Fu.”

These days, there’s not a drop of Dracula’s faux blood in sight, and its indoor rollercoaster is nowhere to be seen. Instead, step inside Panda Hot Pot from Victoria Street through big wooden doors into a world channelling Ang Lee’s 2000 action film Crouching Tiger, Hidden Dragon.

“[We want to] transport diners from modern Australia to an ancient China aesthetic,” Li says. “Hot pot is not just about the taste; it’s about seeing, hearing, tasting. The combined experience.”

A grand staircase sweeps up through the centre of the restaurant – which is decked out in red and gold with lots of wood throughout – to a second level. Both levels are watched over by a nearly 16-metre-long, 1.5-tonne steel dragon that was brought over from Chengdu, and hangs suspended from the ceiling.

Li tells me that in Chinese culture dragons symbolise prosperity and authority, and are often reserved for the Emperor. Here, a warrior rides on its back. Continuing that combat theme, there are martial arts weapons on the walls, and the private dining rooms upstairs have images of ancient heroes – Li describes them as Chinese versions of Superman and Batman – on the walls. For respite from the machismo, you can dine in a slightly away-from-the-action indoor pagoda flanked by fairy light clouds and bonsai.

This is the first Panda Hot Pot for Australia. It was established in Chengdu City in 2015, and has since expanded to more than 400 outlets in China, Japan, Malaysia and the US. The chain’s signature flavour is a spicy 12-hour broth cooked with Sichuan peppercorns and chilli ordered in from Chengdu, but there are three mild broths, too: tomato, mushroom and pork bone.

To order, choose your soup base and spice level, then decide which of the 80 ingredients on offer – proteins include Sichuan spicy beef, ox tongue, pork rib, pork sausage, duck intestine, tofu and shrimp, and vegetables cover off enoki and shiitake mushrooms, bamboo slices, seaweed, Chinese cabbage and fresh lotus root – you’ll DIY cook in the broth. When they're cooked, dip each piece in your choice of sauce – the team recommends a combination of sesame oil and garlic – and if you need something to keep you going while your soup is cooking, order some fried sticky rice cakes, or fried rice with egg.

To drink, there's plum juice, coconut milk and oolong tea. Beers include Asahi on tap and bottled Tsingtao, and there are four Penfolds wines by the bottle as well as peach- and lychee-driven cocktails.

This article first appeared on Broadsheet on December 12, 2019. Menu items may have changed since publication. 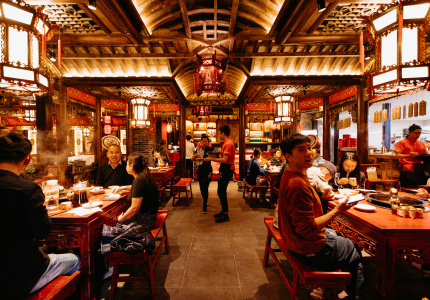