First Look: Two Become One at the New Estelle

Scott Pickett’s flagship restaurant is back. It’s a more down-to-earth version of what we already know and love. 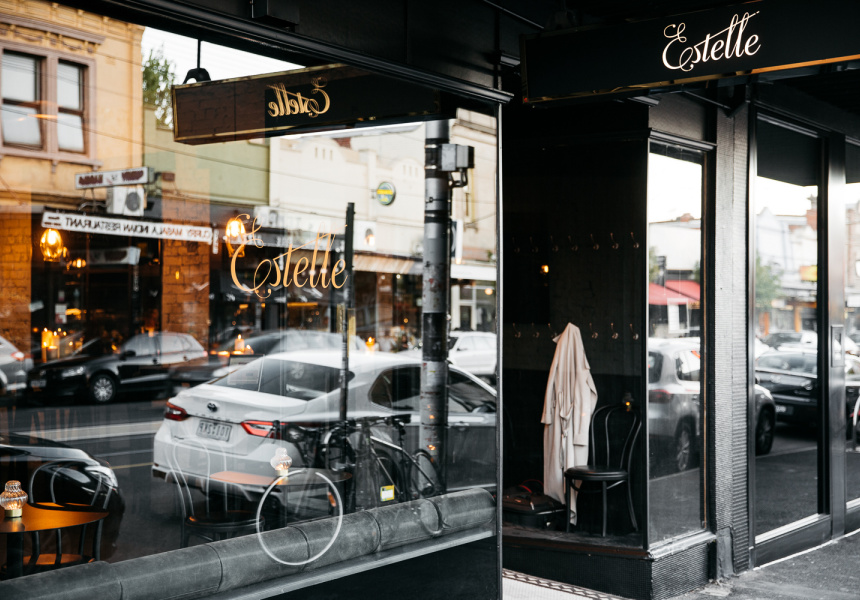 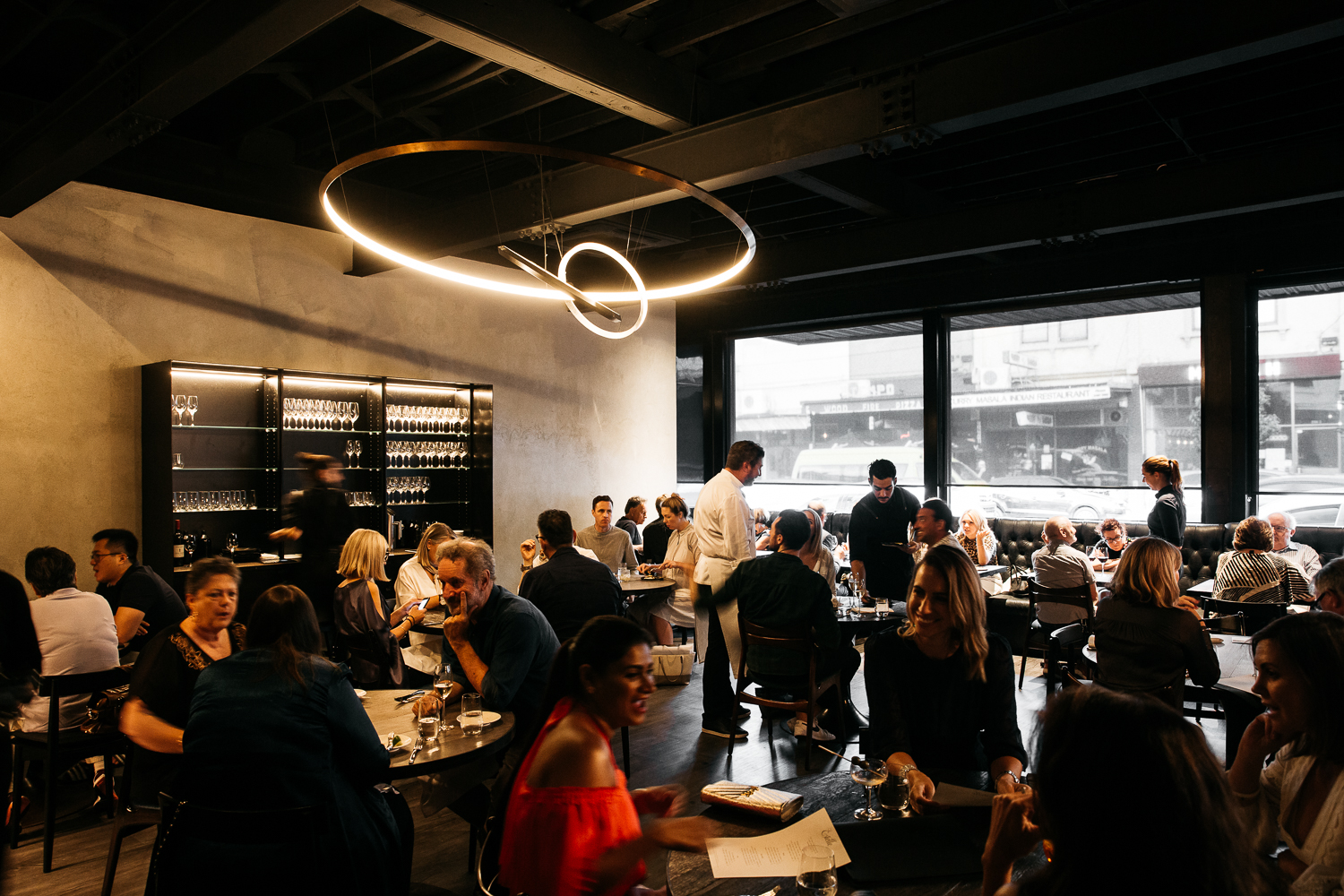 Estelle, opening night. Scott Pickett stands at the pass, his back to the dining room, calmly cycling through dockets and inspecting every dish before it goes out. He leaves this position only occasionally, to deliver plates and effusively shake hands with the recipients. This year the chef and restaurateur is celebrating 30 years working in kitchens, and it’s clear he still loves being in the thick of it.

The next day Pickett and I chat hurriedly via phone. He’s just finished briefing his staff for evening service, and the first guests will arrive at any moment. “This far into my career, I still get the adrenaline rush,” he says. “I still the love the service. I still love making sure things are right.”

Pickett opened Estelle in April 2011. Back then the poky kitchen had just 28 seats to care for. There was no courtyard. Four years later Pickett launched fine-diner Estelle by Scott Pickett (ESP) next door and converted the original space into a casual bistro.

Now those two halves are a single, unified whole, simply named Estelle. Pickett’s purpose-made “dream kitchen” on the old ESP side is handling everything. Pickett refitted both rooms with help from Alexandra Green, one of his employees at eight-month-old restaurant Matilda. She’s just started her honours in interior design at RMIT.

The ESP side has a new ceiling and new floors, chairs and barstools – cosmetic stuff, mostly. The old bistro, now a wine bar-slash-waiting area, is less recognisable with its new copper bar, high tables and banquette. Windows divide the two areas but allow them to feed off each other’s energy.

A substantial group of regulars have stuck around through all these iterations. Their excitement this evening is palpable. People are happy to be back here, under the striking Christopher Boots interlocking-hoop light fixture that defined ESP.

But while tonight feels special, Pickett doesn’t want every visit to be a big occasion. There are only so many Melburnians who can afford a $150 dinner on the reg. Like so many of its peers, the rejuvenated Estelle is also chasing the middle of the market – the drop-ins who’ll plump for a $15 glass of wine and a $14 Wagyu bolognaise and kimchi toastie in the foyer-like wine bar. (“I probably never would have done a toastie before,” Pickett says.)

If you want to get serious, there’s a five-course tasting menu ($90) with matched wines ($60) next door. And if you want the freedom of a la carte, that's available too, alongside a Coravin vacuum-sealed system that makes many of the list’s more expensive wines are available by the glass.

French-born restaurant manager and sommelier Fabien Moalic, who previously held the same position at ESP, has a soft spot for the big-gun wines of Australia and his homeland, such as Grosset riesling, Craiglee shiraz, Jean Dauvissat chablis and Domaine Rougeot burgundy. The usual new-gen minimal-intervention wines are conspicuously absent.

“A touch of innovation without being scary or confronting” is how Pickett describes the menu, and he’s bang-on. A dish of veal tendon, sesame seeds and coffee sees the sinew puffed into something very much like a Vietnamese rice cracker, dusted with seasoning. Only vegans and vegetarians could have a problem with this moreish snack. Sweet baby corn is grilled in its husk and served with a parmesan emulsion and sprinkle of black truffle.

More substantially, Berkshire pork is sliced generously, doused in jus and presented with a single wilted mustard leaf and shaving of kohlrabi. Hand-rolled macaroni (straight, pencil-length tubes, not mini elbows) has a halo of yellow-ish, ephemeral foam, but the flavours are classic cacio e pepe (cheese and pepper). Friendly stuff, executed with a deft hand by head chef Valentin Barrere, who was at ESP for three years prior.

English pastry chef Charlie Watson, on the other hand, has only been at Estelle since January. He came from the Square, a Michelin-starred restaurant in London where Pickett worked 20 years ago. Watson’s work is delicate and subtle. Exhibit A: luscious crème fraîche sandwiched between two toffee-like wafers, placed on a bed of muddled raspberries. Each bite reveals a new dimension of the dessert: sweet, sour, nutty and fizzy.

The night rolls on. A big group drops in for a drink at 11pm, just like Pickett hoped. He’s still at the pass, doing quality control. “I’m enjoying the freedom to cook what I want at this stage of my life and my career,” he says. “Which I’ve always done, but it’s probably been more refined than what it is now, in a sense. This is more accessible, more fun, more relaxed.”

This story was updated at 5.25pm on February 12. An earlier version incorrectly stated that the small kitchen in the former Estelle Bistro site had been removed, when it is still in use for functions and private dining.