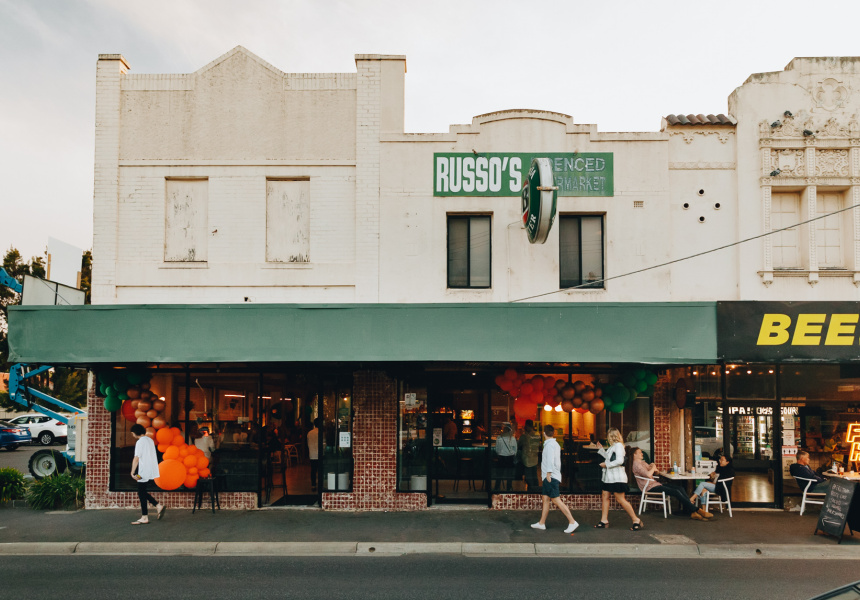 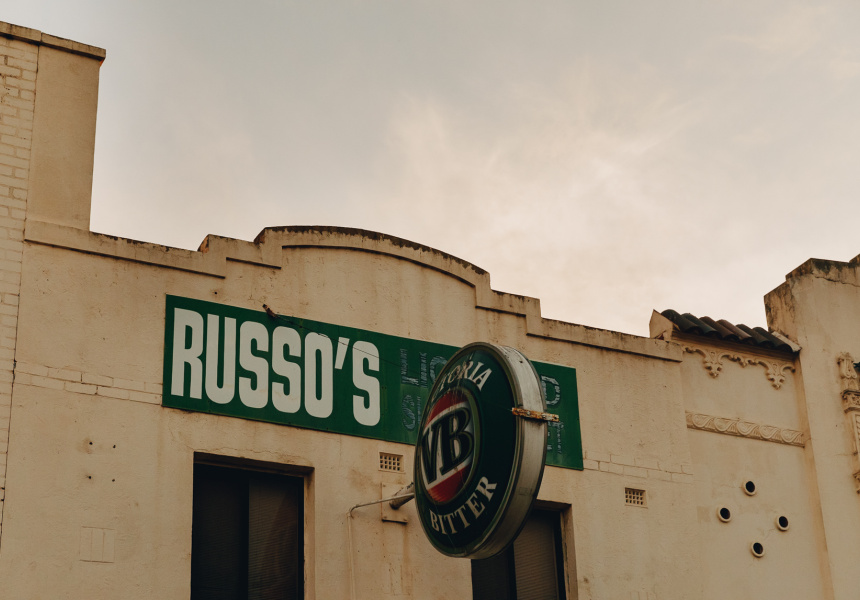 It was June when a cartoonish mural of Premier Daniel Andrews popped up on the wall outside Moonee Ponds bottle-o Fizz and Hop, telling passers-by to “get on the beers”.

Five months later – and nearly eight since it was first slated to open – Fizz’s adjoining bar and restaurant, the 500-square-metre Holmes Hall, has finally opened.

“It doesn’t feel real, like it doesn’t feel like we’re actually [open] – it’s been two years of blood, sweat and tears,” says Jacob Bettio, who co-owns Holmes Hall, Fizz and Hop and food-truck park The Ascot Lot with David Bartl and Lachlan Taylor. “We’re all locals as well, and part of what we do is ask, ‘What do we want to see in Moonee Valley?’. And we thought something like this would be really different.”

15 Holmes Road used to be three separate townhouses built during the inter-war era. In the ’60s Vince and Antonia Russo bought the middle one and turned it into a grocer, eventually taking over the two on either side and combining all three ground floors into Russo’s – a supermarket, deli and bottle shop that served Moonee Ponds for 50 years. A sign for Russo’s is still visible on the facade.

And there are touches of its long life everywhere: exposed brick walls (with crevices now filled with cascading plants), original timber beams, speckled floors and worn red tiles out front. They’re balanced by more modern features, such as a new skylight, handsome banquettes (in terracotta and forest green), terrazzo tables and Tasmanian-oak finishings.

A sleek, green-tiled bar takes pride of place, past which there’s a generously sized beer garden. To the side is a more intimate area with dim lighting, cosy booths and two pinball machines (Jurassic Park and The Munsters themed), plus a door that lets you easily flit back and forth between Holmes and Fizz.

There are 20 beers on tap, from local brewers such as Mountain Goat, Wayward and Deeds Brewing, plus exclusive limited-edition collabs (including a tropical, oat-cream IPA made with CoConspirators).

Wines are all-Aussie and mainly Victorian, while the cocktail list leans on spirits made with native ingredients. Macadamia-and-wattleseed liqueur from Cape Byron Distillery lends hints of coffee and cacao to the otherwise classic Old Fashioned, and there’s another that blends Mountain Goat’s Hopped Gin and Marionette Curacao with oranges from Mildura.

The menu by head chef Angus Adams – who trained at Vue de Monde – matches the wide variety of drinks, draws on home-style cooking (a play on the slogan “There’s No Place Like Holmes”), and seeks to appeal to the different backgrounds, cultures and culinary traditions of Moonee Ponds’ broad demographic.

There’s duck breast with potato gratin, juniper jus and chargrilled cauliflower; chargrilled Thai sticky chicken marinated in citrus and tossed in lemongrass caramel; salmon terrine that draws on the sous chef’s Swedish background; and a variety of snacks and sides (think oysters, buffalo wings and patatas bravas) perfect to go alongside a drink or two.

“[It’s] a beer-drinking place first so I’ve tried to make it so you can come in, have a couple snacks and drink a variety of beers,” Adams says. “But if you want to come in for a nice big meal or almost a degustation of the small dishes, you can.”

This article first appeared on Broadsheet on November 26, 2020. Menu items may have changed since publication.