Slide into a booth for charcuterie and crepes suzette, or grab curried-egg sandwiches and roast-pork rolls (with crackling) to go at this daytime-bistro-meets-New-York-deli. Coming soon: lunch boxes under $20, happy hour and late-night snacking. 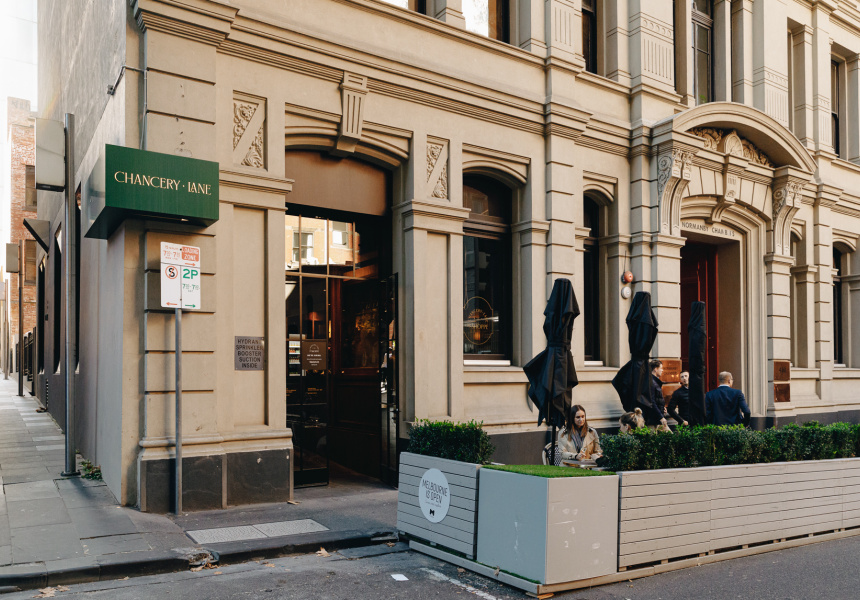 Just as Melbourne was awakening from its Covid-induced slumber late last year, Scott Pickett opened Chancery Lane, an old-world, European-style bistro in the CBD’s historic Normanby Chambers. On Friday he quietly followed up with its long-awaited sibling, Le Shoppe by Chancery Lane, next door (the official opening is Tuesday May 25).

“I wanted to have this done by Christmas, but it was just too much,” says Pickett. “The restaurant got so busy so quickly, so we said ‘No rush with this, let’s just get it right.’”

And it’s clear he has. The corner store and eatery, designed by Wendy Bergman of Bergman & Co (who also did Chancery Lane), is fitted with rich green subway tiles, American oak, copper fixtures and opulent floral arrangements, and has the same timeless elegance as the bistro. It’s mainly a takeaway venue, but there are four booths if you want to settle in, or you can nab one of the standing spots.

“We wanted to make it feel like it’s been here forever,” says Pickett. “It evokes those classic European delis with a little dose of New York. I want diners to feel warm and cosy and comfortable.”

In true deli fashion, Le Shoppe’s menu is centred on a rotating selection of salads and sandwiches to eat in or takeaway. For those after grab-and-go, there are sandwiches with curried egg, smoked salmon and cucumber, and truffles and chicken, as well as salads of tuna niçoise and quinoa and broccoli. You’ll also find baguettes (including cured pork, pickles and cheese, and brie and black lettuce) and three salads of the day (think classic potato; poached chicken with nuts and sultanas; and cauliflower, olive and romesco).

In homage to the airport's Pickett’s Deli and Rotisserie, Le Shoppe’s serving one of the restaurant’s signature dishes: Mr P’s egg and bacon roll. There’s also a roast roll that will alternate daily. “Every Friday it’ll be roast pork with crackling, coleslaw and apple,” he says. Other days it might be conﬁt duck leg with orange marmalade and radicchio, or roasted chicken with creamed corn and iceberg lettuce.

Chef Rob Kabboord will be running the deli day-to-day (he’s also head chef at Chancery Lane), and on the menu you’ll find a couple of French-style light bites such as quiche Lorraine and crepes suzette, plus pastries by Ned’s and baked goods made in-house. Look to the window filled with hanging cured meats to see the charcuterie, which is cut to order. At the moment drinks include Merchant coffee and a few bottled soft drinks, but Le Shoppe will be launching an evening happy hour at some point too.

“This will go Wednesday to Saturday nights,” says Pickett. “We’ll do some Spanish-inspired snacks like terrine, anchovies or olives and then a few beers, wines and cocktails. It’ll be 10 or 12 short, snappy little things.”

If you can’t make it to happy hour, Le Shoppe’s gourmet grocery selection includes all you need to recreate it at home, from Portuguese sardines to Italian sodas, French crisps and fresh baguettes. In the coming weeks you’ll be able to get takeaway office lunch packs. “You’ll get a baguette, a salad of the day, some fruit, a little madeleine or a pastry,” says Pickett. “It’s that sub-$20 lunch.”

Le Shoppe opens officially on Tuesday May 25 and will soon extend its hours to include Wednesday to Saturday nights. 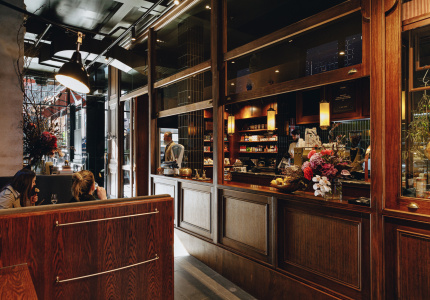 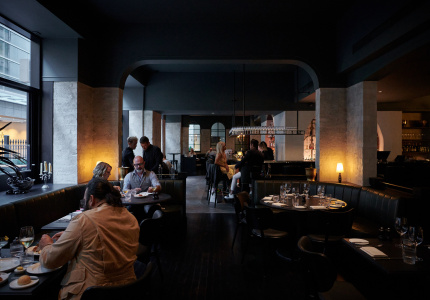