First Look: Stock Up on Italian Pantry Staples, Then Stay for Dinner at Small Axe Deli

From the team behind Small Axe Kitchen, this new spot has a seven-metre terrazzo bar and floor-to-ceiling shelves stocked with Italian cold cuts, cheeses, pickles and take-home meals such as gluten-free lasagne. Dining in? Try the limoncello cocktail. 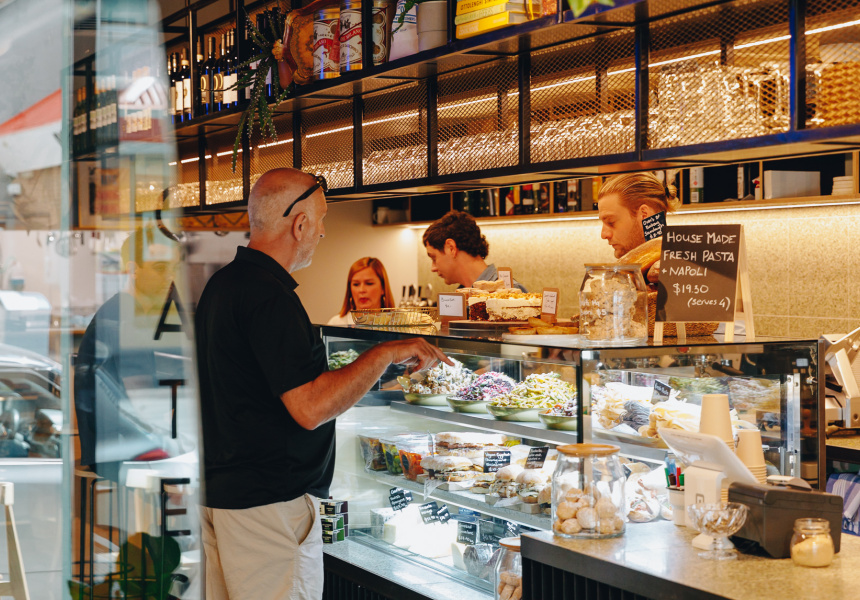 Husband-and-wife team Kirstyn Tate and Adam Pruckner opened their first business, Small Axe Kitchen, in 2016. The Brunswick eatery quickly made a name for itself with its popular breakfast pasta: maccaruni topped with cured pork cheek, peas, mint, salted ricotta and a slow-cooked egg.

Now the couple has opened a sibling, called Small Axe Deli, a few blocks away on Sydney Road, where stalwart Italian grocers such as Mediterranean Wholesalers and Gervasi Continental Deli have supplied locals with imported cheeses, handmade pasta and Italian pantry staples for decades.

“At Small Axe Kitchen, you get a finished product,” says Tate. “But at the Deli, it’s broken down. We’ll talk through the produce we love, the ingredients we love, and the stories behind them. There’s an intention behind everything.”

Pruckner’s almond hummus and fennel relish have been so popular in dishes at the Kitchen the couple is now jarring them and selling them here.

The Deli is a more intimate space than the Kitchen, with a functional fit-out by ZWEI Interior Architecture. Cross the black and white-tiled threshold and enter a cosy space with polished concrete floors, a grand seven-metre terrazzo bar, and floor-to-ceiling shelves stocked full of Italian pantry products, both local and imported, such as pickled artichokes, Sicilian salt, aged balsamic vinegar, panettone and olive oil.

Pruckner, former chef at Code Black and Hash Specialty Coffee, is the head chef and cooks dishes he dedicates to his late nonna.

Lunches are light and fresh, with salads such as fennel and orange; tuna, green bean and cherry tomato; and smoked eggplant salad with radicchio, pickled shallots, mint, pomegranate and ricotta. There are paninis, too – try the porchetta with provolone, salsa verde and friarielli (rapini).

At night, homemade veal and pork lasagne is also available gluten-free and vegetarian. Sicilian meatballs in tomato sugo come topped with pecorino, pine nuts and sultanas. And for those who are time-poor there are take-home meals. Choose from arancini (bolognese or vegetarian), porchetta, mushroom risotto and fresh pasta. The meals come in glass containers, which Tate and Pruckner encourage you to bring back for re-use.

Coffee comes from Code Black, and the wine list is dominated by Italian varietals, with bottles ranging from $19 to around $85. The cocktail list includes a limoncello Tom Collins with fresh thyme, and brews include a sour beer from CoConspirators and a gluten-free pale ale and IPA from Two Bays. 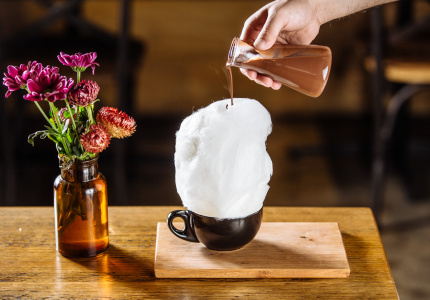 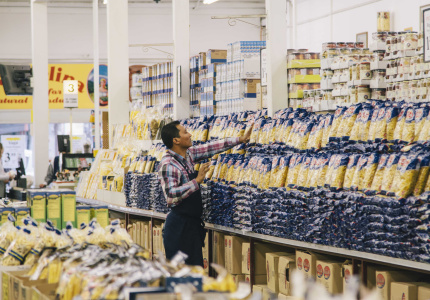