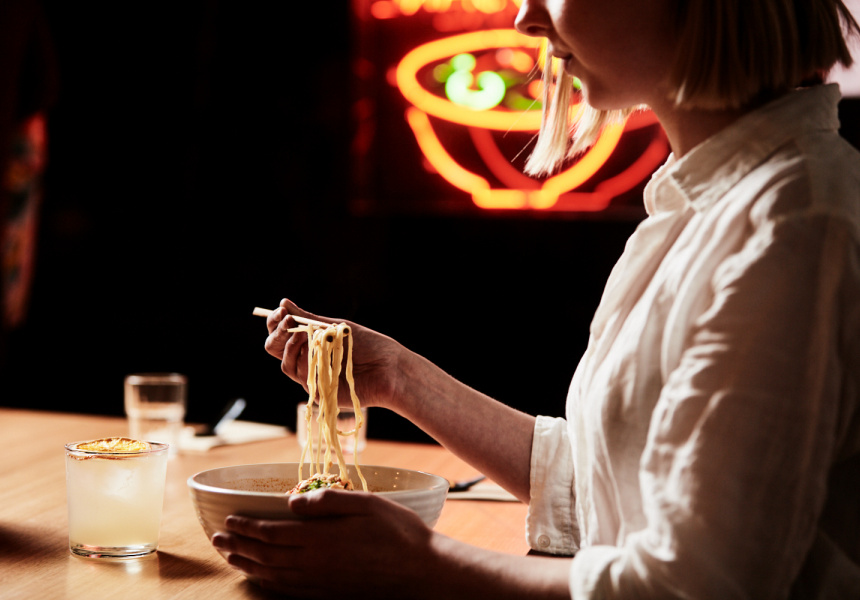 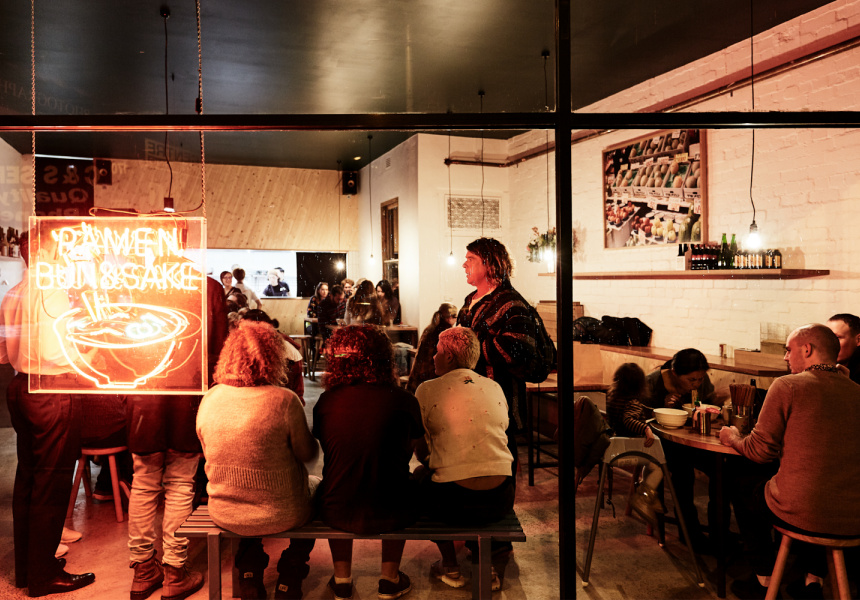 The pair, who lives around the corner from the new spot, hoped to open by the start of winter – after eight months of bureaucracy and a four-month renovation, it’s finally here. And on opening night it’s packed.

The former second-hand furniture shop is twice the size of their first ramen joint, but it feels as though the two diners were separated at birth. “It’s very much the same kind of atmosphere except it has a bit of an open kitchen,” says Breen. “Like Fitzroy, it’s pretty small but it just works that way, and we wouldn’t want it to be any bigger.”

Beer boxes are propped up along one of the white walls, low stools line the counter bench, and diners slurp away under the familiar glow of the red neon sign beckoning you in for “Ramen, bun & pie”.

Shop Ramen has been consistently popular and delicious for five years, gathering a loyal following of locals and beyond, without needing to change a thing.

“If you’ve got to make the same thing over and over for a really long time, you end up getting it pretty good,” says Breen, who is a self-taught cook. “We do like to keep it really ridiculously simple.”

Each of the four ramen on the menu – pork belly, beef brisket, barbeque chicken and vegan tofu – is markedly different and uniquely tasty. There isn’t one go-to for regulars, but each is sacred.

“At the start of this year we changed things a little bit,” says Breen. “I felt a bit of pressure to do that, and so we did, but actually we ended up changing back because so many of our customers were just asking for the old stuff.”

Briefly, poached chicken tapped in – replacing smoky, taco-seasoned chicken thighs – for the creamy white-miso ramen. It was quickly switched again. “It lasted maybe two or three weeks and then we were just like, screw this we’ll go back.”

Over five years the quality has remained consistent, as have the servings; ingredients haven’t been scrimped on, and portions are still enormous.

One new addition to Preston is Japanese draught beer, poured from a mini countertop cooler and tap. The malt lager is smooth and fluffy, and just what brisket ramen needs.

This article first appeared on Broadsheet on September 7, 2018. Menu items may have changed since publication.