The classically trained chef returns to his roots at Smith St Bistrot. But it’s not all fancy. There’s $40 steak frites and vino, and a decadent supper menu (which means Wagyu cheeseburgers and cocktails till 1am). It’s been a busy few years for Scott Pickett. Between lockdowns, the chef-restaurateur opened CBD bistro Chancery Lane and its daytime counterpart Le Shoppe, and he also swooped in to save longstanding city diner Longrain. But now, he’s expanding his reach to the inner north with the opening of Smith St Bistrot – romantically – on Valentine’s Day.

“I’m classically French-trained,” Pickett tells Broadsheet. “I’ve always wanted to do a sexy French bistro, and I think Collingwood’s the perfect place for that.”

The self-described “naughty little sister” of his two most recent openings, the bistro is bold and spirited while maintaining its siblings’ European charm. It’s located on a site Pickett knows very well (it once housed his restaurants Lupo and Saint Crispin, as well as the Broadsheet Kitchen) but it’s been completely transformed.

“It feels like you’ve stepped into the 1920s or 1930s,” says Pickett. “Like you’ve discovered something in the Left Bank of Paris in the backstreets.”

Designer Sarah Townson of Anthology has warmed up the exposed-brick interior with fresh moss, antique mirrors, gothic chandeliers and burgundy banquettes, which line the wall opposite the bar. It’s stocked with all the makings of a classic Parisian cocktail spot (think dirty Martinis and French 75s) and an extensive selection of French and local wine. “The list goes everywhere from $40 a bottle through to $1000,” says Pickett.

Above the bar, there’s an intimate mezzanine overlooking the bustling dining area. With a few tall tables, it’s perfect for perching with a cocktail and a plate of oysters (natural, Kilpatrick or Rockefeller). For something a little more luxe, there’s also a caviar service: two varieties (including Beluga) come with blinis and traditional garnishes for $250.

Follow the restored spiral staircase to the top floor to find a palatial private dining room that feels like it’s been transported from another time. It’s decked out with a large skylight, floor-to-ceiling windows clad in velvet curtains, a handpainted mural of a forest scene and vintage mirrors. “They’re antiques from a bistro in Paris that were handcrafted in the late 1910s,” Pickett says. “We’ve been digging deep to bring this vision to life.”

Pickett has recruited chef Daniel Southern, who helmed the kitchen at Bar Margaux when it opened, to steer the ship. By day – from next month – he’ll serve brunchy fare like smoked-salmon scrambled eggs and quiche Lorraine, as well as heftier lunch items like steak-frites baguettes and Wagyu cheeseburgers.

By night, expect playful spins on French classics, such as vol-au-vent d’escargot (garlicky braised snails in puff pastry) and oeufs mayonnaise (a simple French dish of hard-boiled eggs and mayo that’s taken very seriously in its homeland) – here, it comes topped with caviar). Desserts include champagne sorbet, creme caramel and raspberry souffle (made to order in a traditional copper pot).

There’s also a late-night supper menu with the signature burger, fried quail, cheeses and more, which you can order until 1am. 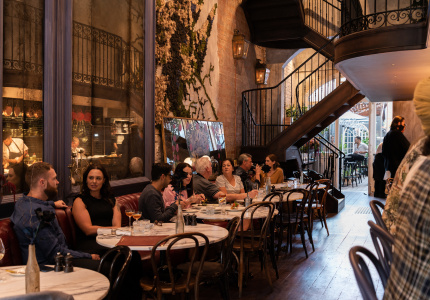 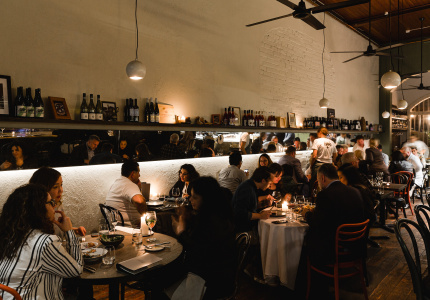