Sandwiches stuffed with egg and Meatsmith sausage, eggplant parmigiana or fried chicken. Elevated British-leaning plates and natural wine. It’s all here – you just wouldn’t know it from the outside. 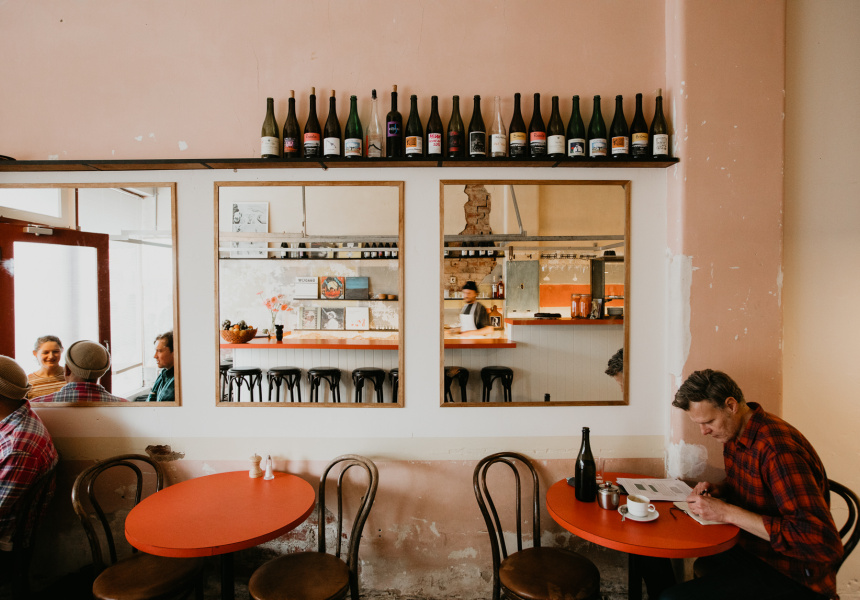 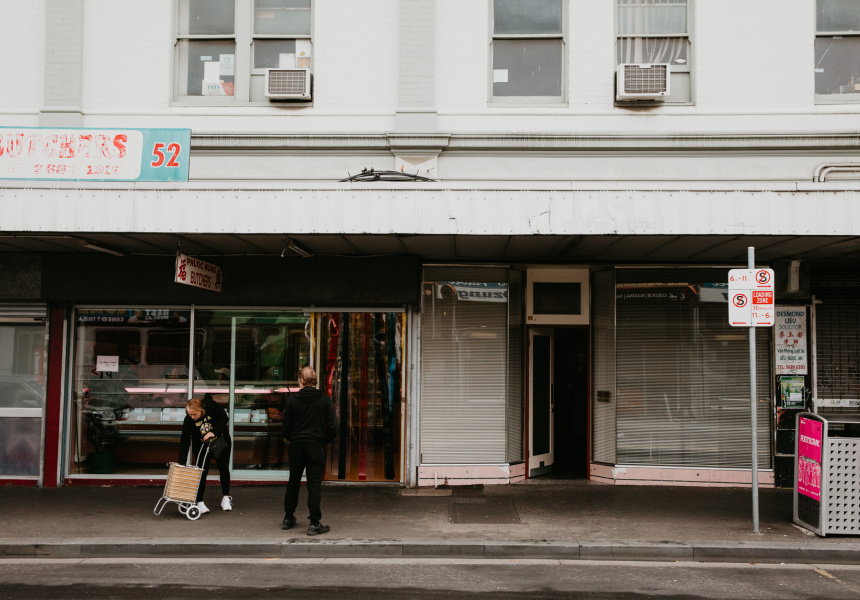 Leeds Street in Footscray is a path well-trodden for Leigh McKenny, who lives nearby. And one particular shopfront always used to catch his eye as he walked by.

“It was the best on the street,” McKenny says. He’s talking about the space that housed Michael’s Deli, which sold Polish sausage, pickles and sauerkraut until it closed earlier this year.

When McKenny heard the site was available, he snapped it up. Romans Original opened two weeks ago: a tiny neighbourhood cafe-bar that feels more like a step off a European backstreet than one in Melbourne’s inner-west.

“There are already people who’ve come to get coffee on the way to work, and stopped in on the way home for a glass of wine,” says McKenny, a self-taught cook who runs the kitchen himself.

On a Friday morning, a steady stream of caffeine-seekers course in and out, bantering with the barista as if Romans has been here for years. Adding to the illusion is the nondescript shopfront (which is pretty close to how McKenny found it) and the original brickwork and plastering that was hidden beneath false walls and caked-on wallpaper.

Sandwiches reign supreme here – get one to stay or to go. Or both. For breakfast, a Meatsmith sausage patty served with fried egg and American cheese on a squishy Martin’s potato roll doesn’t look like much, but it’s juicy enough to be served un-sauced, plonked on an oblong silver plate. The end result a bit like how you hope your Macca’s hangover breakfast will taste, but never really does. Other sandwiches include a cheesy eggplant parmigiana, a meatball number, a no-frills fried chicken version, and a 5 & Dime bagel with house-cured salmon.

Beyond the handheld sangas, those fancier British dishes include Welsh rarebit, salt cod kedgeree, and blood terrine (also from Meatsmith) with rhubarb ketchup. The bustling Footscray Market, in spitting distance, is McKenny’s go-to for fruit and veg, and fish.

Behind the bar, a vinyl collection heavy with world music sits alongside mostly European wines – all of which happen to be natural. But McKenny’s conscious of being pigeonholed.

“I don’t want to be a record bar or a natural-wine bar, it’s just what I like,” he says. They’re fresh, easy-to-drink drops. There’s also Cantillon (from Belgium) and Peroni Red for beer-drinkers, plus the rudimentary Aperol Spritz and Campari soda, and a weekly cocktail special. This week it’s a yuzu-vodka soda highball.

A snappy after-dark menu will roll out shortly. “Nothing too crazy. One fried, one tinned and one room-temperature thing,” McKenny says. That might equate to a croquette, some anchovies and a tortilla. 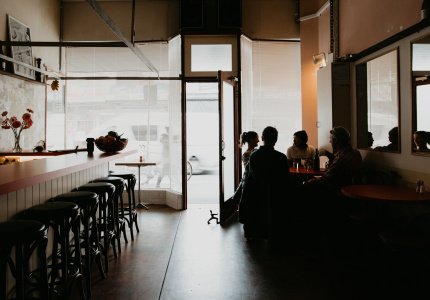