Find out how gin is made in the distillery, then test it out at the seven-metre-long brass-topped bar. Order a classic G&T or Martini, or get a bit more adventurous with a white-miso sour, or cocktails that draw on rhubarb, pineapple, pear and cherry flavours. Patient Wolf founders Matt Argus and Dave Irwin had an inkling their distillery in a Brunswick industrial estate wasn’t going to cut it forever. Because of liquor-licensing laws, the old warehouse could only open a handful of times a year for special events – and many of their customers were missing out.

“Every two or three months we’d have these open days where the place would just be pumping, and we’d set up a pop-up bar, we’d get guest bartenders to come out,” says Argus. This, along with demand for increased gin production – and a new 1000-litre still on the way – meant saying goodbye to Brunswick.

Southbank mightn’t immediately strike you as a spot for a craft distillery to make its home – the area is better known for riverfront restaurants, tourists and Crown Casino. But the distillery sits off the main strip, where Southbank melds into South Melbourne, sharing the neighbourhood with St Ali, Dead Man Espresso and soon-to-open Jetty Road Brewery. There’s still a shabby, industrial charm here, in amongst the new developments and shifting demographics.

Walking in through the massive reflective glass doors of the converted red-brick warehouse, you first find yourself in a single-room bar. The space has flashes of bronze and dark stone, with grey oak floors, and subtle lighting popping out from behind the shelving and under the seven-metre-long brass-topped bar. Argus says the brief to designer Michael Bankes was to bring “refined sophistication with an injection of fun and edge and attitude” to the space.

The cocktail menu covers a healthy mix of classics, G&Ts and some more adventurous mixes, with gin at the forefront of it all. Expect to see flavours such as rhubarb, pineapple, pear and cherry throughout.

Try the Melbourne Dry gin – with its vanilla-like notes of tonka bean, one of Patient Wolf gin’s signature botanicals – in a classic G&T or Martini, or with Maidenii vermouth, grapefruit and Campari in the Wolf Pack Negroni. You’ll also find it in a sour made with white miso.

To experience the full gin selection, order a flight, which includes the herbal Summer Thyme gin; Blackthorn, a sloe gin that’s nearly double the ABV of a standard sloe; and Rogue Barrel, a French oak barrel-aged collab with Wolf of the Willows brewery. There are also a few wines from independent producer Unico Zelo and a few brews from Wolf of the Willows on the list.

A very short food menu includes nuts, tinned sardines and a pate with chicken, port and sage. Many ingredients are sourced from South Melbourne Market nearby.

The rest of the space houses the distillery itself. A burnished copper Mueller still shines in the centre, reminding you that this is a distillery with a bar, not the other way round. This is also the site of daytime masterclasses, so you can find out how the gin is made in the distillery, then test it yourself at the bar. And then test it again, if you like. For science. 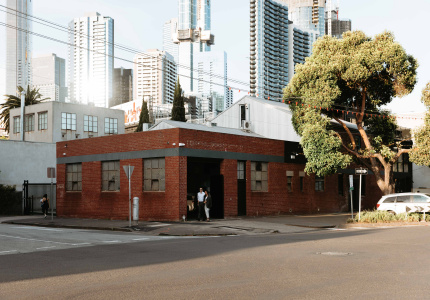 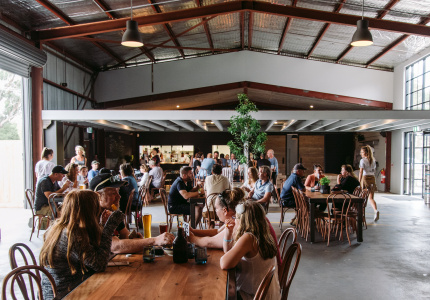