First Look: From the Owner of All Are Welcome, Gray and Gray Is Northcote’s New Wine Bar in a Longstanding Former Lawyer’s Office

Behind original gold-leaf signage and vertical blinds lies this cosy new spot, with left-of-centre wines and Russian and Georgian dishes. You might get breads with “various fats”, beetroot-stained dill pickles, flaky puff-pastry pie or lofty 10-layer honey cake – from a pastry chef who cut his teeth at a three-Michelin-starred fine diner. 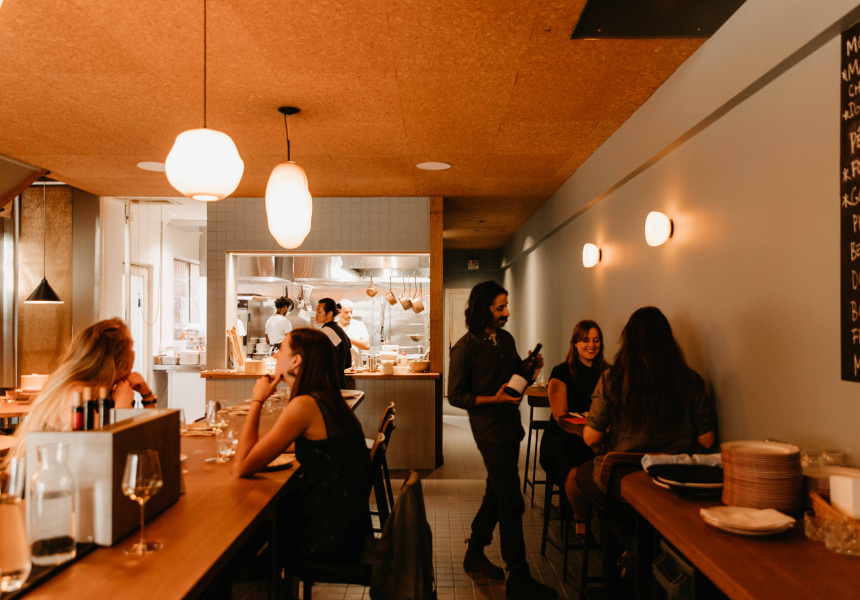 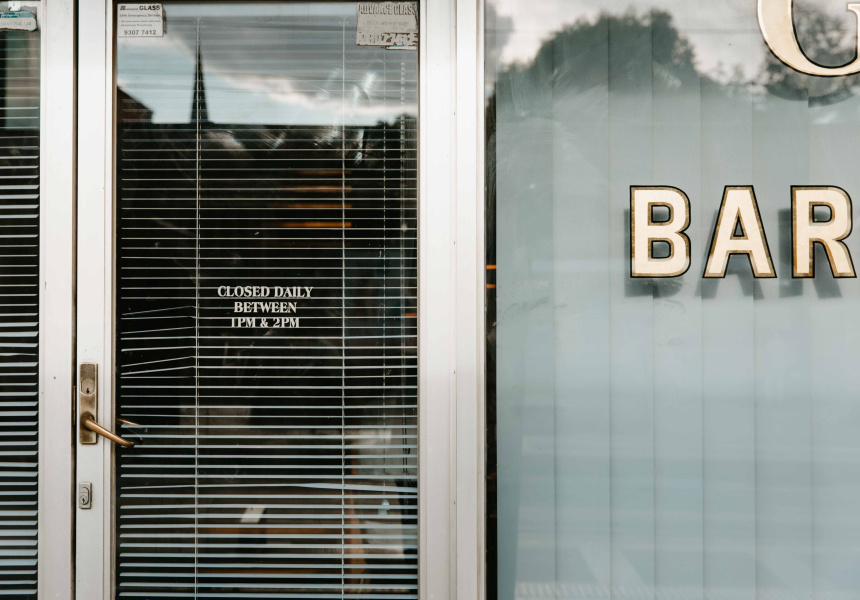 Northcote locals will be familiar with the “Gray & Gray Barristers & Solicitors” sign painted in gold leaf on a shop window opposite the town hall on High Street. The business has been around since the 1930s, but now something far less litigious is lurking behind the original signage and vertical blinds.

“For me [the sign] is such a big identity of the street and we didn’t really want to alter it,” owner Boris Portnoy tells Broadsheet. “The earliest photo I have of it is from the mid-’70s – and the sign painter even included his name and number.”

Portnoy – who also owns next-door bakery All Are Welcome and its Thornbury sibling – took over the decades-old office space a year ago. Alongside the now-Melbourne-based winemaker Mitch Sokolin, he’s since turned it into a 28-seat wine bar and restaurant, with a focus on Russian and Georgian food. The pair have kept the name but added the two things they love most – making it Gray and Gray Bread and Wine.

Portnoy and Sokolin were both raised in New York, with Russian-Jewish heritage. They met through a mutual friend and began making wine together in Georgia, a Caucasus nation at the intersection of Europe and Asia.

They hope to one day showcase the fruits of that labour at their new spot. Until then, the chalked-up wine list has left-of-centre drops from Georgia, Spain, France and Italy. And Sokolin can tell you the story of every grape and winemaker. The Pheasant’s Tears mtsvane (a white grape variety native to Georgia) “smells like tea”, and the Freya’s Marani tsolikouri-krakhuna (“a blend of two wildly grown varietals from central Georgia processed in an amphora”, Portnoy says) is by a young American expat who originally moved to Georgia to study music. There’s also a retail section up front.

Moving through, you get the feeling Portnoy has built the kitchen as a window to the restaurant, not the other way around. He plates up four-course tasting menus (à la carte will come eventually) looking out over the hand-tiled floor. There’s a raised communal table that extends to the service counter, with spots for two scattered around the edges.

“We’re not doing the usual Francophile cuisine of a wine bar … there’s some Russian food and a lot of Georgian food; those are the two things that are close to me,” Portnoy says.

The menu leans on the bakery for the first course; a selection of breads, the menu reads, comes with “various fats [perhaps miso butter or whipped lard], dairy and preserved vegetables”. Think dill-pickled cucumbers stained red with beetroot and house brinza (a fresh, salty sheep’s milk cheese used widely in Eastern Europe). Mackerel stands in for the usual pickled herring in the selyodka, which is dressed with minced padrón peppers and preserved blood lime (one of Portnoy’s many lockdown preserves); it’s served with a Georgian cornbread called mchadi.

The star of the main course is coulibiac, a flaky puff-pastry pie with salmon, hard-boiled egg, tarragon and a mustardy sauce. For dessert, Portnoy cuts and plates thick wedges of both his lofty 10-layered medovik (Russian honey cake) and makovy (poppy seed and fig torte).

Portnoy first opened All Are Welcome in 2017 with the team from Everyday Coffee. But before moving to Australia, he worked at The Restaurant at Meadowood, a three-Michelin-starred fine diner in the Napa Valley.

“I worked as a pastry chef before being a baker, so working in kitchens at night is not super new to me,” he says. “I always kind of imagined having the trinity of bread, pastries and wine.” And now that’s exactly what he’s got it.