Eyal Shani has brought his Israeli pita haven to Melbourne via Paris and Vienna. We sit down with the celebrity chef to find out what’s in store for the sixth instalment of his cult pita shop. 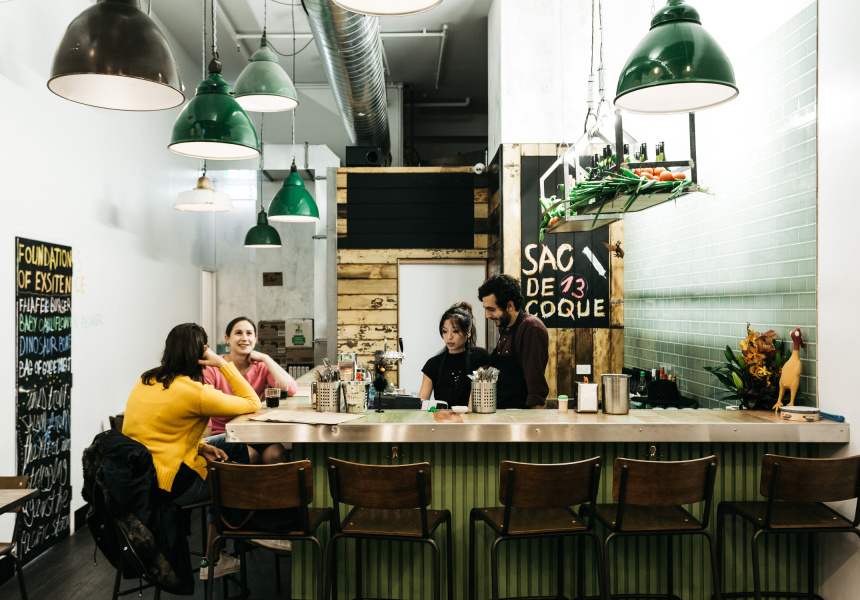 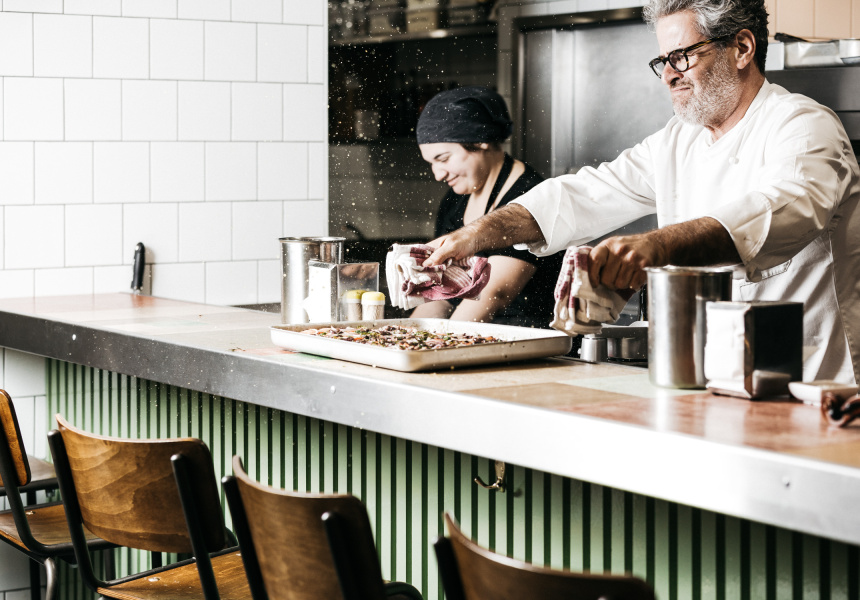 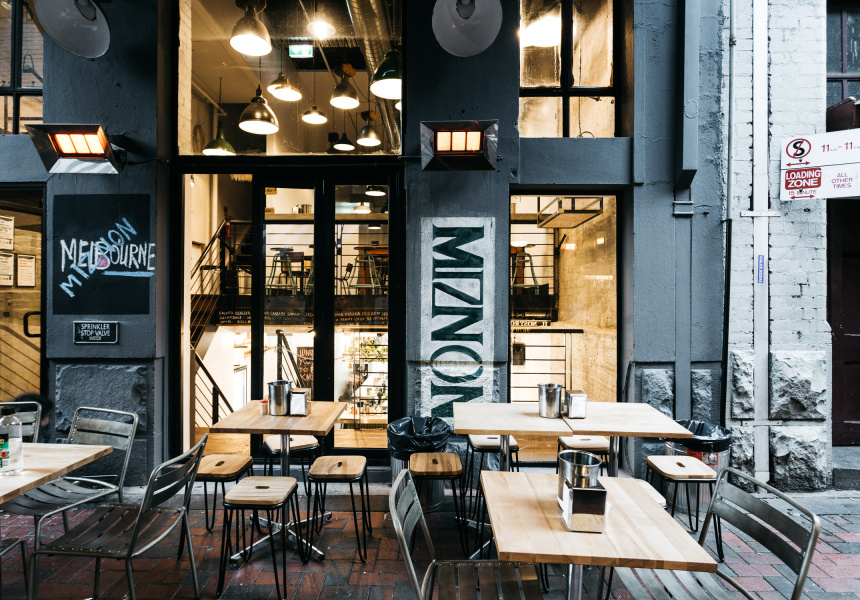 “I want the young people, I want the happiness, I want the street,” says chef Eyal Shani in a thick Israeli accent.

The 58-year-old restaurant mogul and MasterChef Israel host, who has a short beard and wavy salt and pepper hair, is in Melbourne overseeing the opening of his sixth pita-focused Israeli street-food eatery, Miznon (meaning “kiosk” in Hebrew), which opens today on Hardware Lane.

Almost everyone in the kitchen at Miznon is yelling at each other in Hebrew. And Shani is the loudest. Interviewing him is like trying to talk to a footballer during a game – he’s intensely focused but equally unpredictable.

“I’m not drinking a lot of coffee,” he says over a coffee, after breaking off abruptly to go over a dish with one of his chefs, who’s standing inside a long, narrow open kitchen that juts out into the restaurant like a deli counter, with bench space and stools in front. Shani is juggling numerous ongoing conversations but still somehow manages to look like the least distracted person in the room.

Among his interlocutors are his two travelling companions, chefs Meir Ringart and Yoni Joseph, who came over with him from Israel to help set up the shop. His modus operandi is almost ritualistic at this point; Shani owns and operates (with his business partner, Shachar Segal) five other Miznons in Tel Aviv, Paris and Vienna, plus there’s a forthcoming New York outpost.

Melbourne first came onto his radar when his friend and now business partner Ron Lazarovits cajoled him to visit. “He told me four, five times: ‘Come to Melbourne, you’ll fall in love with this place’,” Shani says. “And I came and I fell in love with the freedom of the people.”

He’s also impressed with the local produce, which inspired several new creations on the menu here. This includes the Bag of 7 Species of Green Beans, a vegetable salad that Shani lightly cooks with garlic, lime and Mount Zero olive oil. “Nothing is happening but steaming,” he says. “Inside each [bean] pod there is a bubble of air that is like an atmosphere that the bean is living inside. The inner universe of the bean.”

On the topic of Miznon’s culinary focus – pita – Shani is equally romantic: “For me, Miznon is a kind of place where you can translate all of what you see around – the mood, the atmosphere, the energy, the people – into the ingredients. Pita is a translator of a culture.”

Expect pockets with blood cabbage sausage and rice; steak, egg and avocado; the "Intimate Wagyu and Roots Stew"; and a falafel burger. The soft and fluffy white pitas are prepared off-site at Brunswick’s Alasya Turkish bakery by baker Ismail Bekir.

Out-of-pita options include hot chickpeas “melting on tahini” with a hard-boiled egg and the obtusely named but strangely enticing Aubergine Nervous Rails Cutting.

Then there’s cauliflower. Shani doesn’t hide his love for it, proudly displaying the vegetable by the dozen around the restaurant. The main event is a simple baby cauliflower, roasted whole (leaves and all) with a bit of olive oil and served on paper to share.

Yacov Turjman has overseen the diner’s design, with funky second-hand furniture, ornamental musical instruments and a comical abundance of ceiling lights. The two-storey space speaks to Shani’s simple yet timeless brief: have fun, no matter what. And, if you’re not already convinced on this point, there’s a bleacher-style dancing area and beers on tap to seal the deal.

Shani is preparing to fly back to Tel Aviv, but geography won’t prevent him from having the last laugh at Miznon Melbourne. The final dish on the menu is a $2 item (or is it an experience?) called “If You Want to Feel a Warm Egg Inside Your Hand”. We won’t ruin the surprise. 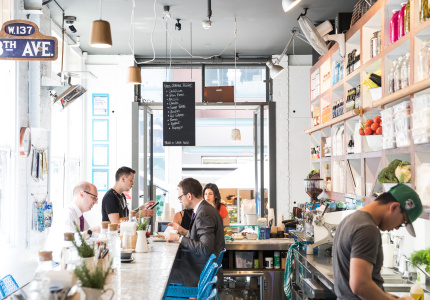