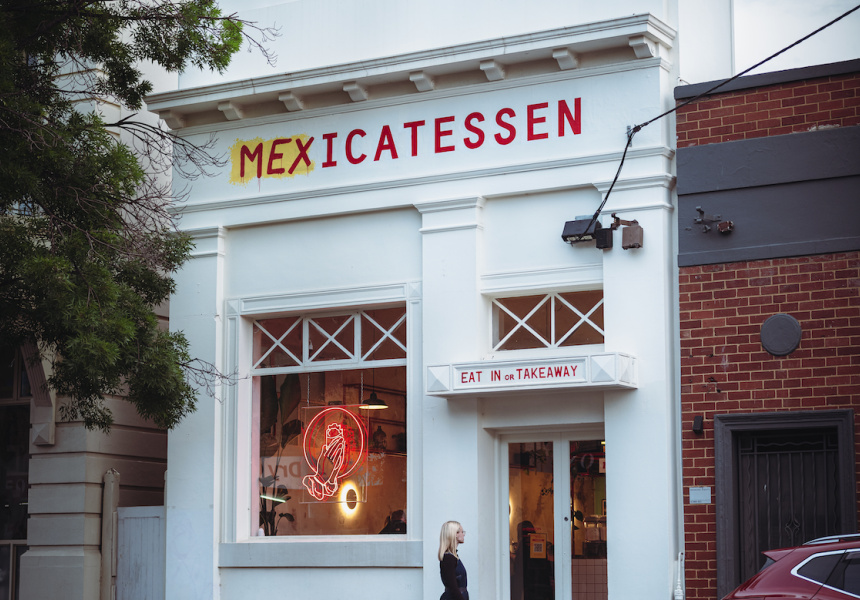 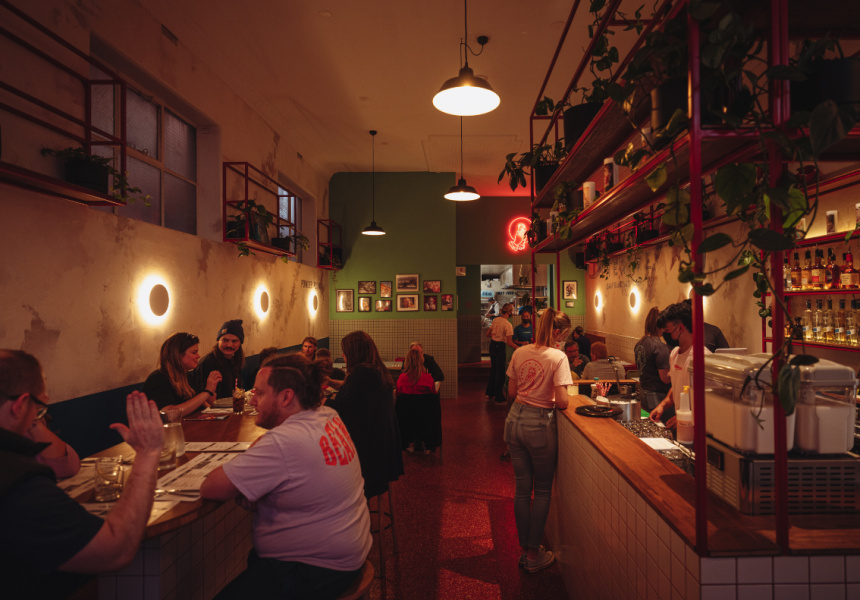 In a century-old building in Ripponlea – right next to Attica – Mission District is a new “Cali-style” Mexican joint. And it’s serving the kind of food you’d expect to find in the vibrant, colourful San Francisco neighbourhood it’s named after.

The recipes are inspired by co-owner Tom Davies’s time studying in California, where he lived on a strict diet of Tex-Mex. When he returned home, he spent much of his time working to recreate those dishes and refining his takes on the cuisine. Almost everything is made in-house.

Don’t miss the classic, crisp pork-carnitas burrito, with crackling, lime rice, pinto beans, Monterey Jack, pico de gallo, salsa verde and crema – all wrapped in a flour tortilla and grilled. While there are a handful of other excellent protein options (including chargrilled adobo-style chicken, barbacoa made with 18-hour Wagyu brisket, and smoky cauliflower al pastor), nailing the pork has always been Davies’s measure of success.

Those same proteins also come in tacos and saucy queso tacos. Plus, find esquites – charry shaved corn topped with chipotle mayo and lime; the melty, cheesy chile con queso; and buttermilk-brined fried chicken. And you can spice up each dish with a choice of six salsas, ranging from salsa verde and habanero to a peanutty, pepita-topped salsa macha.

Despite having coeliac disease, Davies doesn’t let it get in the way – and it means he takes all food intolerances and sensitivities especially seriously. “I’m working towards gluten-free tortillas and a vegan substitute for every dish. My next challenge: fructose-friendly.”

Mission District also makes its own horchata (including a coconut version). Spike it with a locally made coffee liqueur, or browse a cocktail menu that stars, appropriately, tequila and mezcal; think cinnamon-y Pineapple Margaritas and a bright, refreshing Paloma.

You can’t miss this place: “Mexicatessen” is written in bright red across the Glen Eira Road frontage. The fit-out features a few (almost holy) glowing red neon signs in the shape of two hands grasping a burrito, a San Fran-inspired mural that looks like it’s been there for decades, and overhanging greenery. A wall of fame heroes Californian-based celebrities like Arnold Schwarzenegger, Steve Jobs, Natalie Portman, Danny Trejo and Elijah Wood. The Mission District logo has been photoshopped into some of the pictures – see if you can spot it.