He cut his teeth at some of Australia’s finest diners, but all his experiences roll into one at this swish CBD restaurant. A take on satay with Vegemite-glazed kangaroo is “almost like half my life in Malaysia and half my life in Australia, represented in one skewer”. 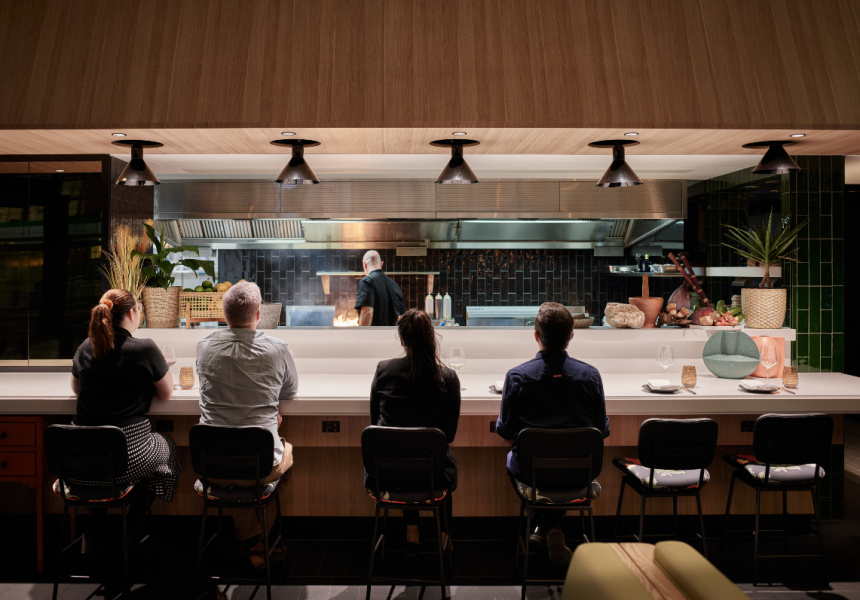 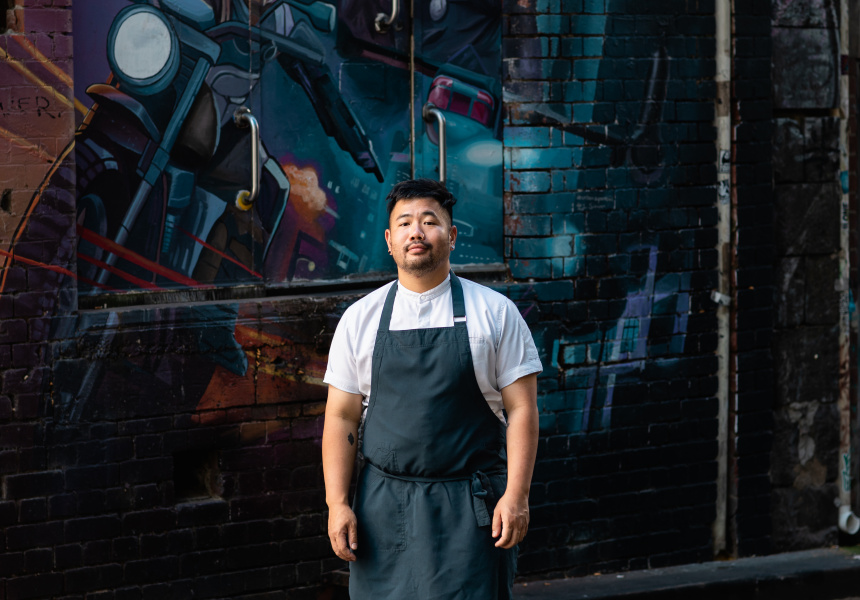 “I came to Australia when I was 15 thinking I’d be a soccer player,” Borneo-born Esca Khoo tells Broadsheet. Fifteen years later, things couldn’t have turned out more differently. He’s not working with his feet but – rather intricately – with his hands.

Two years after moving here by himself, Khoo left soccer behind to pursue cooking. And it didn’t take him long to work his way into the fine-dining scene, landing at Longrain and Dinner by Heston, and the Noma pop-up in Sydney.

Now, drawing on all facets of his extensive background, he’s leading the kitchen at the new Mövenpick Hotel’s restaurant, Miss Mi. And he’s using it as a platform to highlight the evolution of Asian-Australian dining.

“I’m trying to imagine what Asian food would look like if we were in the future,” he says. “If people from Malaysia, Cambodia, Thailand were to have lived in Melbourne, Australia, for a long time, how would they do this dish?”

Through his $95 set tasting menu (the only option for now), Khoo’s exploring cross-cultural flavours and ingredients – something that comes naturally to him, given his equal time spent across two continents.

The juxtaposition can be seen in dishes like his red-kangaroo skewer, an Australianised take on Malaysian chicken satay. Here, Khoo barbeques the meat, glazed with Vegemite, and serves it with avocado and macadamia (a native stand-in for peanut). “It’s almost like half my life in Malaysia and half my life in Australia, represented in one skewer,” he says.

Expect other dishes such as hinava, a citrus-marinated fish dish from Borneo that Khoo prepares with almonds, star fruit and sea grapes; and East Timor’s batar da’an, a vegetable stew made with roasted pumpkin, pumpkin seeds, mung beans and corn. “I take you deep into the archipelagos and I try to shine the light on it,” says Khoo.

For dessert, you might find coconut ice-cream with fermented jackfruit, strawberries and apple ice; or watalappan, a Sri Lankan coconut custard that Khoo brightens with rhubarb and sorrel cooked with hibiscus.

Fermentation, preservation, foraging and repurposing are key components of Khoo’s cooking style, which is heavily rooted in sustainability. So, too, are cooking methods like roasting meat in bamboo, a common culinary practise in Sarawak.

“It’s been cool to learn all these modern techniques, but I’m also trying to merge the old world,” says Khoo. “I just want to celebrate foods that are dying; practices that are slowly fading away.”

The Miss Mi dining experience is far more intimate than it seems at first glance. Designed by Grey Matters, the space has lofty ceilings and massive windows overlooking the Southern Cross end of Bourke Street. The seating is a multi-textured mix of wicker chairs and green-leather couches, plus a few seats along the bar.

The Southeast Asian inspiration spills into to the drinks menu, which includes cocktails like the Pandan Colada; a vibrant Margarita with Thai chilli and cucumber; and the Star Gimlet infused with star anise and lime. To pair with them, in the adjoining bar, are bites like green mango with jeow bong (a Laotian-style chilli paste) and spiral curry puffs with mustard sambal. “That’s my childhood snack,” says Khoo.