Shane Delia’s popular Middle Eastern eatery has a handsome south-side sibling, and it’s the kind of cosy, comfy space you can spend hours in traversing a menu of old favourites borrowed from Maha – and even more that are completely unexpected. 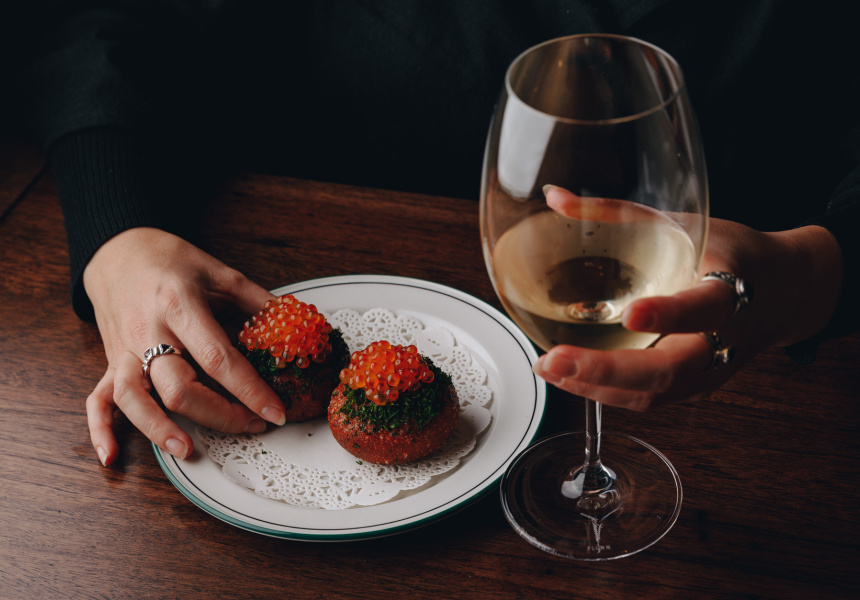 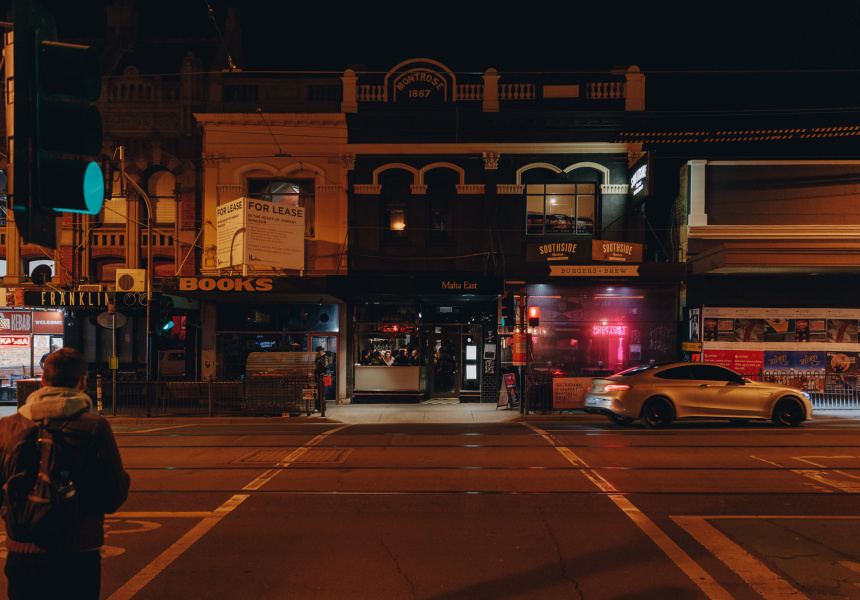 For those familiar with Maha, some friendly exports have made the trip south. Delia’s slow-roasted lamb shoulder is on the menu, as are his famed Turkish delight doughnuts.

But otherwise, Maha East is a completely new experience.

“[It’s] a real suburban restaurant. It’s got character, it’s got charm, it’s got really nice flavours and people that you know,” says Delia as he tosses a large pan of torn chicken conchiglie (shell pasta), a dish he says he couldn’t pull off at the city diner, which is such a well-oiled machine it leaves less room for experimentation.

There’s a splash of artful deception in the 40-seat space, which used to be Delia’s fancy kebab joint Biggie Smalls (the Collingwood outpost) is still going strong). The original Technē-designed shop has been re-jigged by design firm Studio Y, and it now feels more like a French bistro or Italian trattoria than a Middle Eastern diner.

Black and white tiles checker across the floor, stretching back along a narrow, dimly lit room. There’s counter seating along the bar and larger chestnut tables along the way to Delia’s semi-open kitchen tucked away at the back. Delia says the brief was for a cosy, comfortable space where you can settle in and spend a few hours. Tunes-wise expect music to feature anything from Black Sabbath and Led Zeppelin to Motown, hip-hop and R’n’B.

The a la carte-driven menu was developed alongside long-time Maha sous chef Simon Lillico, who heads up the kitchen at East (Delia will be in and out). It riffs in a similar way to the fit-out, dancing between traditional and unexpected.

To start, there are 10 small meze dishes. Delia’s spiced lamb borek with raisin jam comes out on a white paper doily and, at first glance, looks more like a spring roll. But the taste takes you straight to Turkey: the pastry is light and crispy so that the fragrant lamb mince shines through unencumbered. It does all the things a good borek should do.

The cold-cut white chicken is a little cheeky too. The first bite indicates something along the lines of a Sichuan dish, with a mild but present burst of spice. But, again, the other ingredients quickly re-establish the meal’s geography; there’s eggplant, almonds, spring onion and harissa on a velvety pool of rich tahini.

Then there’s Delia’s latest doughnut creation, a taramasalata fried bun. It’s an instant classic. Creamy tarama oozes out with the familiarity of a custard doughnut, revitalised by juicy pearls of salmon caviar and a strong presence of dill on top. It’s Middle Eastern-ish, as the door promises. And it’s a bloody masterpiece.

“It feels Middle Eastern, but very Melburnian,” Delia says of the menu. “That’s the brief that I gave myself.”

For the larger offerings, Delia has gone big. There’s rockling and pine mushrooms with roast cumin, leeks and caramelised onion; grass-fed Rangers Valley striploin with olive oil whipped garlic and onions; and – of course – that lamb shoulder, which comes with smashed radishes, harissa and mint.

Drinks include a 120-strong wine list (though Delia is clear that he doesn’t want Maha East to be a “fucking wanky” wine bar) featuring new and old-world wines from Israel, Turkey, Lebanon and Morocco, and a few local drops, all selected by sommelier and restaurant manager Ross Frame. And there’s beer from Dandenong South brewery Brick Lane on tap, which Delia is a partner in.

The enthusiastic cocktail list makes a big impression, too. The Pomegranate is another Maha export, made with pomegranate liqueur, vanilla vodka, lemon, egg whites and cherries. The Turkish Delish, is made with Maison Jacoulot rose liqueur, dry curacao, lime, bianco vermouth and Turkish delight. It is, as you might guess, a delight.

This article first appeared on Broadsheet on June 27, 2019. Menu items may have changed since publication.