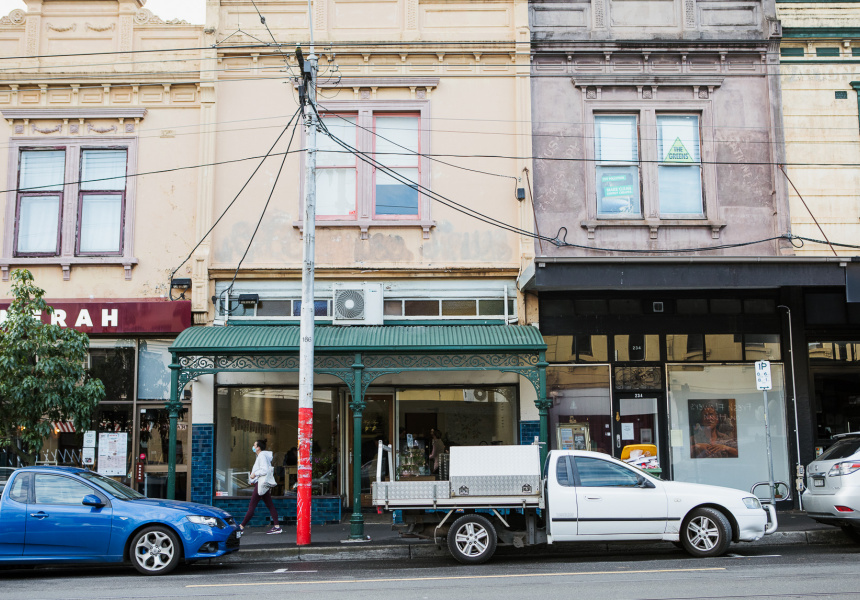 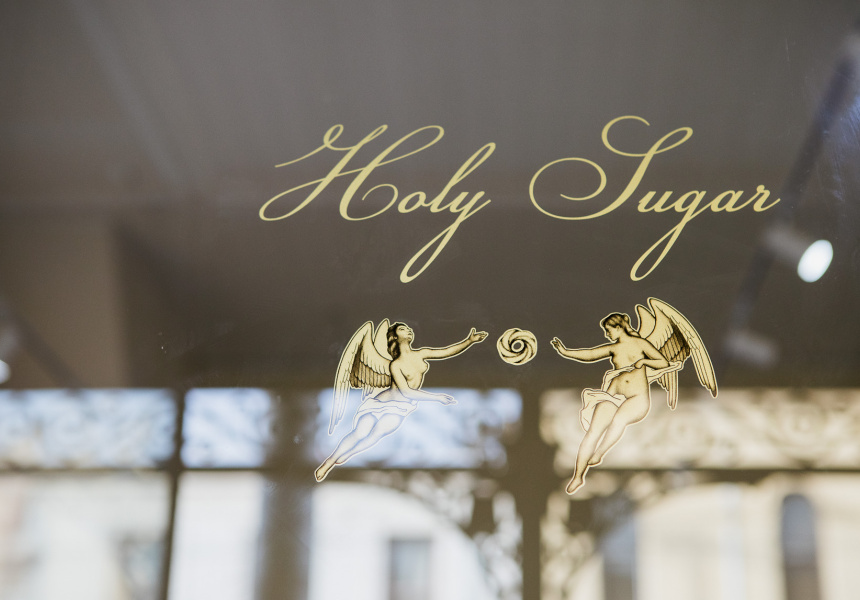 Audrey Allard – aka Holy Sugar – was responsible for a spike in many Melburnians’ serotonin levels during lockdown. Including mine.

At the height of restrictions, her once-a-week dessert boxes brought some serious sweetness to a not-at-all-sweet time. “Some people would tell me [they] were the highlight of their week,” she says. “It was a lot of pressure, but it was rewarding.”

But Allard’s days as a cruller courier are over. Or at least on hold. The former Lune pastry chef has opened a cosy bricks-and-mortar store on High Street in Northcote, replacing now-closed Macedonian restaurant Le Lee.

The glass cabinet is filled with all of Allard’s stellar sweets that made Melbourne swoon in 2021: both custard and lemon-meringue tarts; Basque burnt cheesecake, dulce de leche, pecan and almond tarts; and yes, her famous butterscotch crullers.

But two notable new additions have joined their ranks: focaccia sangas and chocolate eclairs. “It’s really hard to find eclairs; people don’t make them enough,” she says. “I don’t like overly sweet eclairs … but vanilla, custard and chocolate are just unreal together.” And the focaccia, made to a recipe she’s memorised, holds together mortadella, roasted tomatoes, capsicum and Pecorino Romano. But come on the right day and you might get an extra special sandwich; Allard’s parents are dairy farmers up in the Northern Rivers region of New South Wales and, yield permitting, their limited-run cheeses will occasionally steal the show in-between a slab of focaccia.

Allard came up with the idea for Holy Sugar at her parents’ farm. “I got really sick,” she says. “Doctors couldn’t work out what was wrong with me – but it was just stress. So, I went home and baked.” Her cheesemaker mum owns a business called Cheeses Loves You, which inspired the name Holy Sugar. Both are nods to “the whole ‘food is our religion’ thing”.

The shopfront itself also has a sense of farmhouse nostalgia, with shabby-chic tables and mismatched old-school crockery that could be straight out of your grandma’s kitchen – and in Allard’s case, that is partly true. Half of the plates were inherited from her grandma. “I wouldn’t want to see my cakes on a white plate.”