The latest venue from the European Group is not quite a pub, not quite a wine bar. It’s just Kirk’s. 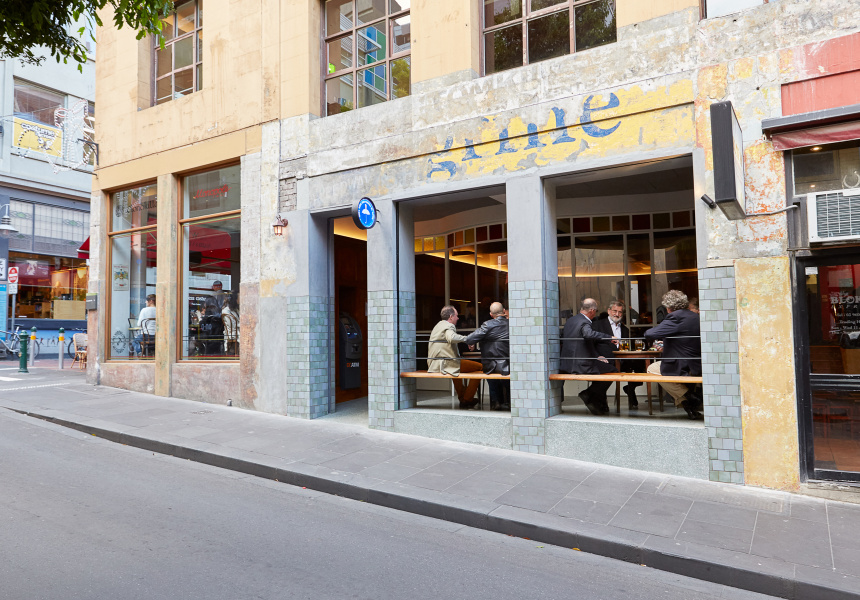 The European Group has added another venue to its stable last week with the opening of a new Kirk’s, next door to the original Kirk’s Wine Bar, on Little Bourke Street.

It’s hard to describe the new Kirk’s. It’s not a wine bar but it feels wrong to call it a pub – the space is too beautiful. “It’s why we’re just calling it ‘Kirk’s’,” says co-owner Ian Curley. “People can decide what they think it is.”

As with the group’s other venues (French Saloon, The European), co-owner Con Christopoulos did most of the design, and the level of detail in the polished terrazzo stone floors, the curved glass entrance, panelled oak walls and mosaic tiles is impressive. It took “five weeks and three people” just to shape the curved wood bar.

Downstairs is a similar story. Original bluestone bricks and a curved concrete roof make the cavernous cellar cosy, and unbelievably quiet. The space will mostly be used for functions, but will also catch overflow from upstairs if it gets busy.

The owners are conscious of keeping the offering at Kirk’s different from that at the wine bar and French Saloon, so the focus here is on beer and snacks. Everything on offer drinks-wise is on display behind the bar – there are about 20-odd bottled or canned beers and more on tap, three types of wine, and spirits.

Food is mostly simple dishes that can be prepared behind the bar – charcuterie, terrine, Scotch eggs, smoked salmon, olives and nuts. Slightly larger offerings include a Pacdon pork pie, croque monsieur and a Caprese salad, and there will be a larger hot dish on special every day.

“We didn’t want to make the food in here too fancy,” says Curley, “otherwise you wouldn’t need to go to French Saloon. We don’t want to cannibalise what we’re already doing.”

While it might seem impossible to avoid crossover when you open three venues on the same corner, each one has its own clear identity and purpose.

“The thing with this place is it will grow into different things for different people,” says Curley. “It’ll sit well with Melbourne.” 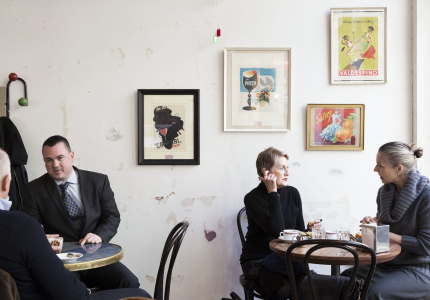