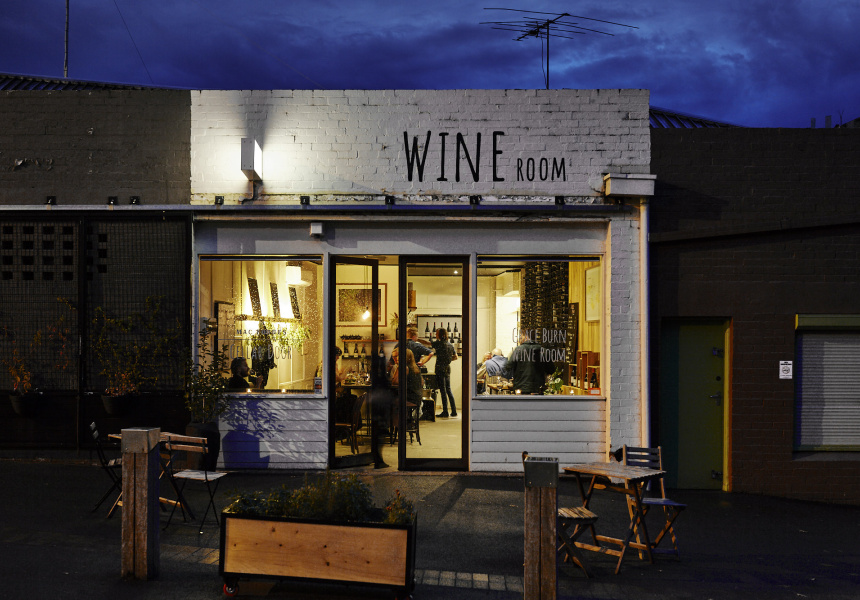 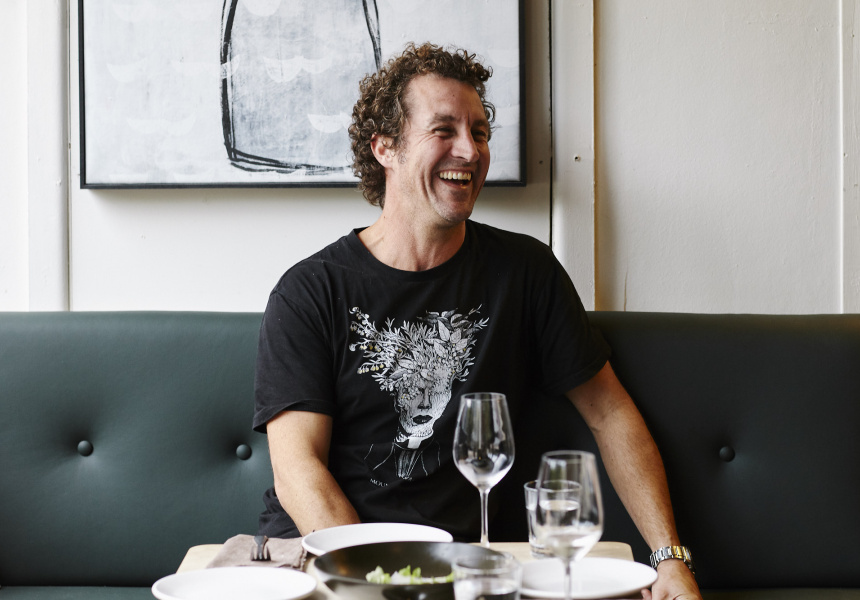 Mac Forbes is sitting in the new corner booth of Graceburn Wine Room. It’s the best spot in the house. Even on a rainy day the light is good, and he can survey his renovated cellar door, which is getting its first run as a bistro. In the past 24 hours, he’s also wrapped up 2018’s harvest. “Nebbiolo came in yesterday. It’s been fairly crazy,” he says.

Forbes was born in the Yarra Valley, but it was a stint picking grapes in France at age 18 that really spurred his interest in wine. From the UK to Austria and back to Australia, he’s been gathering knowledge and honing his renowned attention to detail ever since. It’s now been 10 years since he began working with a handful of carefully selected plots in the Yarra Valley, translating each vineyard’s distinctive characteristics into the glass with a minimal touch.

Forbes is always experimenting. This new 30-seat bistro, reworked by architect Zenta Tanaka (CIBI, Mina-no-ie), is another break from convention. It turns his daytime cellar door into a bistro on Friday and Saturday nights. “We never wanted to be purely a cellar door,” he says. “Most punters are going to cellar doors and power-tasting 12 wines – how does that actually mean anything?”

The experience is more personal here, with manager Rob Andre to guide you through Forbes’s many wines and the extensive museum list. White? Orange? Red? Or something from the Experimental Batch list, such as EB33? That’s a 2017 blend of semillon, sauvignon blanc, muscadelle and chardonnay also known as “Final Fling”, because it was the last vintage at the difficult Wesburn vineyard, which Forbes has given up on.

A visit to Graceburn also gives you access to its Friends List, which features wines from other Australian and international grower-makers the team respects. “It’s things that we’re excited about and it’s about celebrating how healthy the world of wine is at the moment,” Forbes says.

The team has been experimenting with food for a few years. The space hosted pop-ups with names such David Moyle (Longsong, Hobart’s Franklin), Matt Wilkinson (Pope Joan, The Pie Shop), and Erik Koel. The latter, a Canadian turned Healesville local, has spent time in the kitchens at Meletos and Innocent Bystander in the Yarra Valley and is now at the helm of Graceburn Bistro.

Sustainable, considered farming is at heart of what Team Forbes does with grapes, so it’s no surprise that they’ve engaged local farmer friends to work on the compact weekly menu.

Koel spun the opening weekend’s produce into snapper crudo, preserved lemon and chargrilled broccoli on a bed of ‘nduja custard, with the first of the winter fennel shaved on top. But the crowd favourite was the chickpea pancake – a pillowy cubic stack with crunchy edges that paired immensely well with the accompanying grilled zucchini, black-garlic hummus and house-made ricotta.

Koel’s food has a finesse that can often be lacking on regional road trips, especially when you’re well acquainted with the edibles at Melbourne’s best wine bars. At Graceburn the dishes are simple and never overworked. And impressively, they’re produced out of what’s become colloquially known as “the cupboard”. There’s one hot plate, an oven, a domestic deep fryer and three tiny chopping boards. The rangehood was purchased straight off the shelf. 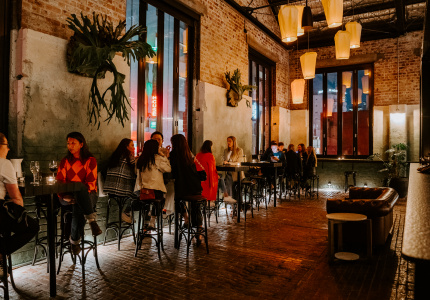