With a relaxed, unpretentious feel reminiscent of the pre-Instagram era, the new addition to the leafy Rathdowne Village feels very much at home already. It’s got a pared-back, produce-driven menu that looks different day to day (but the standout gravlax and signature riff on eggs Florentine aren’t going anywhere). 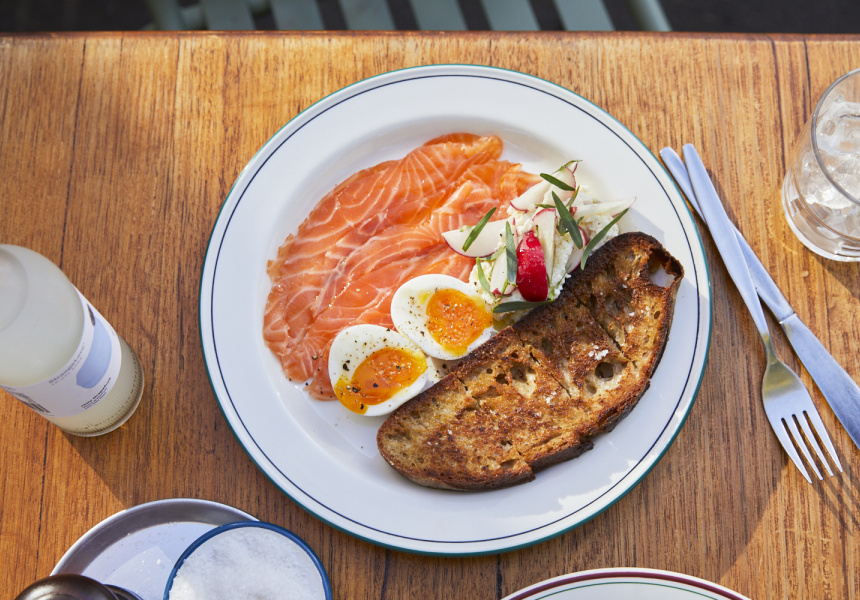 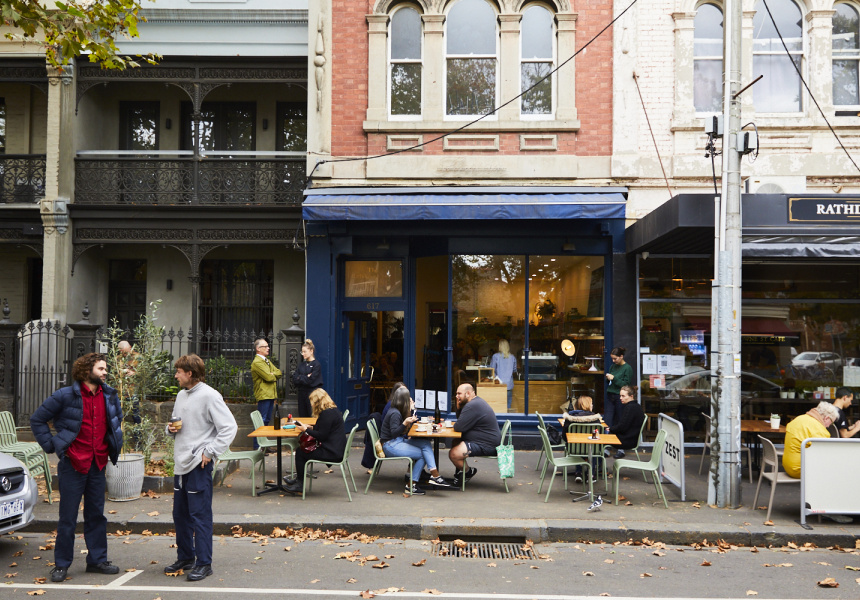 It’s only been open a few weeks, but Dom Gattermayr and Rose Richards’ new Carlton North eatery – Florian – is already a local favourite.

It’s partly thanks to the tight-knit nature of the neighbourhood. “I’ve never met a community quite like the Rathdowne Village community,” says Gattermayr. “Everyone is so supportive of each other.”

But it also has something to do with the pair’s passion for homey hospitality. “We’ve known each other since we were very young,” says Richards. “Both our parents cook really well and have been in food. We adore nice produce and going to the market. This is a concept of everything we love.”

So, here are five things Broadsheet loves about Florian.

It’s brand-new but feels like it’s been around forever
The building that Florian’s settled into has a long history. “This was once the Rathdowne Street Food Store, which was a bit of an institution,” says Richards. More recently it was cafe Small Victories, before Gattermayr and Richards took over in January.

With the fit-out, “we wanted to complement what [was] already here”, says Richards. Glossy burgundy tiles line one wall, its built-in wooden shelves stacked with cookbooks and jars of house-made pickles. Rathdowne Street Food Store’s original landing, dubbed “the balcony” by former customers, is also still in place.

Florian’s pared-back, produce-driven menu adds to the timelessness. It’s got that relaxed, unpretentious cafe feel reminiscent of the pre-Instagram era. And that’s sort of what the owners are going for: food that’s made to be eaten, not photographed. “We’d rather serve something that’s ugly but tastes really good,” says Richards.

Ingredients come from suppliers within 10 kilometres
One of Florian’s standout dishes is the Farmer’s Breakfast, a plate of cured meats, cheese, boiled eggs, house-made pickles, rye bread and yoghurt with fruit compote.

“We literally know the hands that made it,” says Gattermayr. “The meats are from Donati’s down the road; the produce is from Northside Fruit & Veg.” And the bread is from Gattermayr’s family bakery, Austro, which specialises in Austrian-style bread and baked goods (they make an appearance in nearly every dish on Florian’s menu).

Florian also serves coffee from Allpress in Collingwood, tea from Assembly in Carlton and soda from Strangelove in Carlton North.

There are different dishes every day
“We want to be people’s regular, everyday place rather than where you go for a treat on the weekend,” says Richards.

This is easy when the blackboard menu changes daily. “Every day we do three or four salads and four or five sandwiches,” says Gattermayr. The particulars shift according to what’s in season, but the recipes are consistently simple. “It’s about celebrating the products rather than smothering them,” says Richards.

The rest of the menu changes every couple of weeks. Regulars will be rewarded with an ever-changing selection of lunch specials, such as crumbed sardines with heirloom tomatoes, or calamari salad with white beans, fennel and grapefruit.

If you’re after something sweeter, go for the whipped yoghurt topped with market fruit, puffed grains and nuts, or house preserves and butter served with a baguette, croissant or fruit toast.

But the gravlax isn’t going anywhere
The combo of cured Tasmanian salmon, whipped ricotta, a soft-boiled egg, tarragon, radish and rye bread has been a bestseller since Florian opened. But it wasn’t originally a menu contender. “I was doing some recipe-testing in my house when I made this dish,” says Gattermayr. “I pulled some herbs from my garden and it turned out really good; I knew I had to add it.”

The Eggs Florian, a take on eggs Florentine, has also been a hit. It’s served on a base of Austro rye and topped with soft-boiled eggs, kale, Comté and creamy bearnaise sauce.

You can take the house-made products home
All the pickles and jams used at Florian are made in-house and sold from a small retail space. Recent creations include plum and apricot preserves, though these varieties will be adapted through winter.

The cafe also stocks small grinders of “everything” seasoning, prepared using a classic blend of sesame seeds, poppy seeds, garlic and onion. It’s a multi-use seasoning but Gattermayr recommends sprinkling it on a soft pretzel, like the team does at Austro. 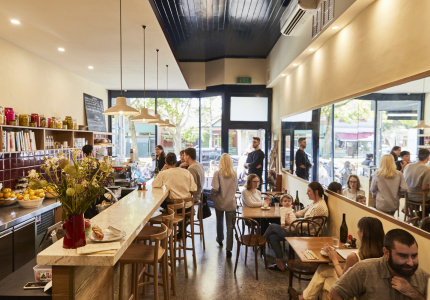