After dark, the already busy store has a green neon halo that can be seen from blocks away. It’s a beacon for the Lebanese chain, which has ascended to cult status since opening in Sydney in 1998. 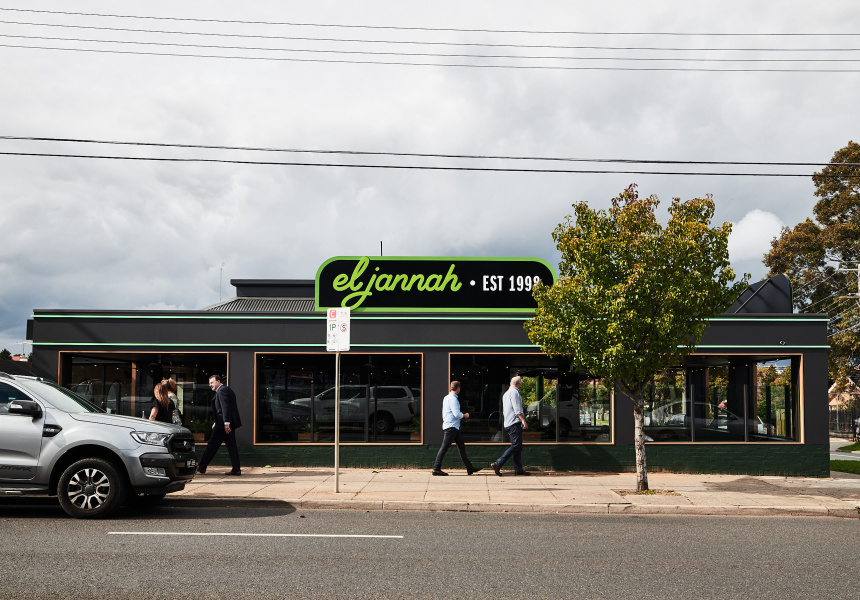 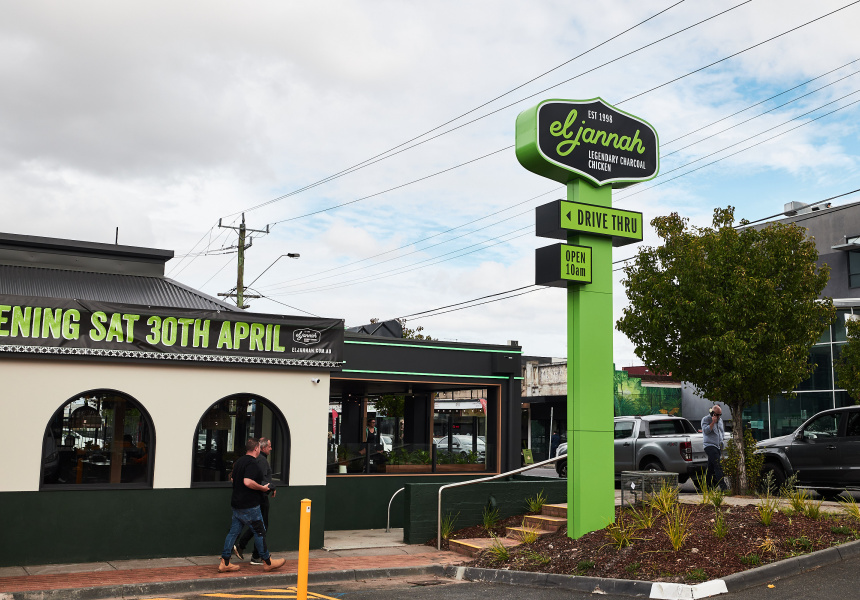 The smell of charcoal wafts in the air. A queue snakes through the store. Families crowd into booths, cracking open containers of zingy tabouli and bags of soft pita, while teens perch on the edge of their bar stools shovelling chicken and chips into their mouths.

El Jannah hasn’t even (officially) opened its first Melbourne location yet – a two-in-one diner and drive-through in Preston – but this is the scene on a Monday night at 6.30pm.

Perhaps it’s because, if you’re travelling down High Street, the green neon lights catch your eye from blocks away. It’s a beacon for the Lebanese chain’s charcoal chicken, which has gained a tremendous following since it first opened in Sydney in 1998.

“There have always been people from Melbourne that have reached out to us to ask when we are coming,” CEO Brett Houldin tells Broadsheet. “It’s just taken off.”

With its crisp, charry, perfectly seasoned skin, the charcoal chook is the fast-casual eatery’s signature offering. For quality control, it’s marinated at El Jannah’s central kitchen before being shipped off to each outlet, where it’s cooked on-site over the coals.

“It’s a proven method that we’ve had going for over 20 years,” says Houldin. “We’ve got our own equipment to make sure that it gets cooked the same way every time.”

For those uninitiated into the cult of El Jannah, the chicken plate is the simplest expression of what the affordable, fuss-free brand does best. It’s a quarter, half or full bird with Lebanese pickles (cucumber and red turnips), pita and a potent garlic sauce, made using a secret family recipe, that you’ll want to slather on absolutely everything. There’s also fried chicken and boneless chicken skewers, which come on their own or stuffed into tightly rolled pitas with coleslaw, garlic and tomato sauce, green pickles and hot chips.

With tabouli, fattoush, hummus and baba ganoush also on the menu, there’s more than enough to make it a fully-fledged meal. Or for something more cost-effective, tack on an extra bag of bread; at just $2.50, it’s a small but important nod to the brand’s values.

“We try to uphold the Lebanese culture, which is that food is for sharing and abundance,” says Houldin. “We don't ever want to lose that.”

At 65 seats inside and out, El Jannah’s Preston store – on a former Hungry Jack’s site – is one of its biggest so far. And in the next 12 months, the team hopes to introduce Victorians to several more, including an already announced one on Camp Road in Campbellfield.