Plonk down in a cosy vinyl booth and get yourself a vegan Aussie pizza (or a hot-dog mac’n’cheese version), some plant-based Buffalo chicken and a local craft beer. There are gluten-free bases too – and a vegan take on a deep-fried Mars bar for dessert. 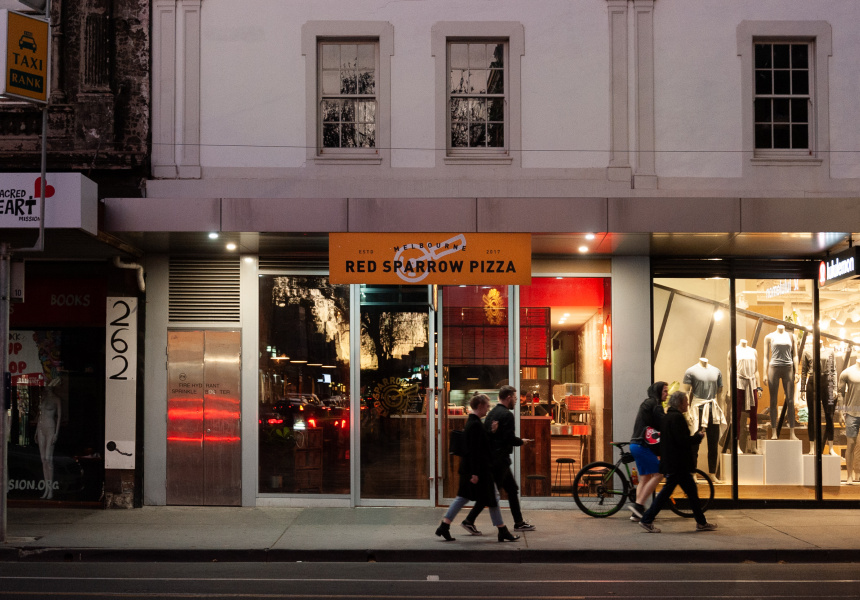 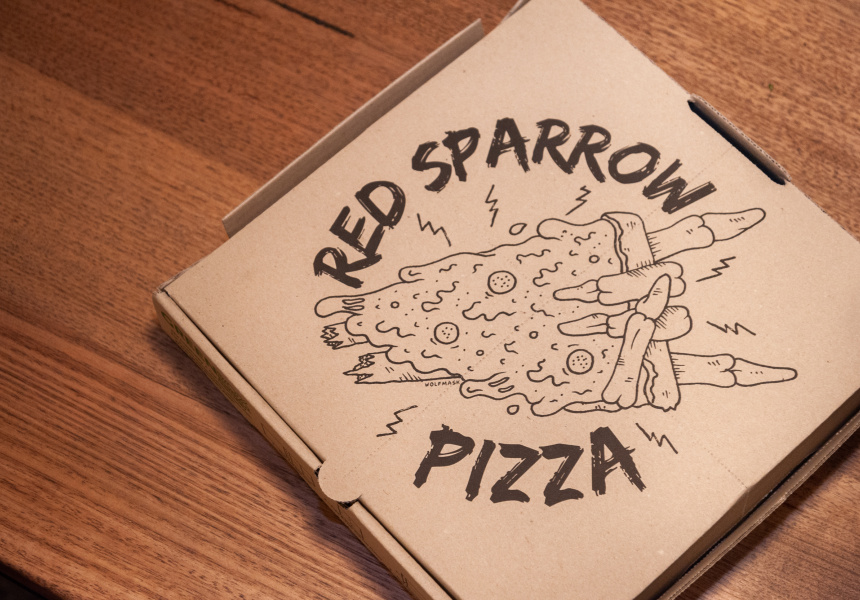 Collingwood’s vegan pizza joint Red Sparrow is exceptionally popular, and it’s just opened a second shop in Prahran. On the second night of service, the phone rings. It’s a potential diner who’s showed up at the original location and learned the hard way that if you don’t book, you’re probably not getting a seat on a Friday. But Prahran isn’t yet full, so one very keen vegan pizza-seeker will be crossing the river tonight. They won’t be the last.

If you’re not familiar with Red Sparrow, here’s the brief: since 2017, chef-owner Michael Craig has been making killer plant-based, woodfired pizza at a regularly packed-out Collingwood location. Craig (a former Trippy Taco head chef) and partner Shelley Scott (who handles most the design) have gained a dedicated following for their humble shop.

Craig taught himself how to make amazing pizza in a $50 homemade oven, and in the kitchen here he takes inspiration from the pizza styles of both Naples and New York, using vegan versions of traditional ingredients such as fior di latte, which (among others) is made exclusively for Red Sparrow. The dough is cold-fermented for 70 hours, and some serious creativity goes into designing the pies on offer – mi goreng pizza, anyone?

The pair hadn’t always planned to open south of the river, but Prahran felt like an organic next step when Collingwood became so popular.

“Collingwood is busy. It’s too busy on a Friday and Saturday night,” says Craig. “A lot of people don’t come, because they know if they don’t book they won’t get a table.”

At Prahran you can expect a similar menu to the Collingwood original. The Neapolitan-style margherita uses cherry tomatoes, basil and that custom-commissioned fior di latte; there’s a vegan sausage pie with barbeque sauce, mozzarella and aioli; and the Verde is a fresh combination of spinach-and-kale pesto, artichoke, broccolini and toasted pepitas (pumpkin seeds). All appear on bubbly and slightly blackened dough that’s typical of long proofing times and woodfired ovens. Gluten-free bases are available for an extra $4.

Slightly more adventurous varieties make up the specials list. There’s the aforementioned mi goreng, a hot-dog mac’n’cheese number, and a version of the classic Aussie. It comes topped with a tofu-based “egg” and seasoned with black salt.

You’ll also find plant-based snacks such as fried, soy-based Buffalo-chicken drumsticks (with ranch sauce on the side), and a deep-fried vegan take on a Mars bar for dessert. To drink, there’s a selection of beers from local producers including Bodriggy Brewing Co and Wolf of the Willows.

Scott collaborated with local furniture and design studio Bangs Bespoke to create a space with a clean, diner-style vibe, using booth seating leftover from the previous tenant (also a pizza place), and some raw timber shelving. The walls feature works by local artist Annie Walter, who also designed the menu and T-shirts.