At this new spot from a mother-and-son team, most of the menu can be made vegan. Order charred greens with lentils and dill, or mushrooms fried in porcini butter. For carnivores there’s pork belly on brioche with XO mayo and cheeseburgers with three types of pickles. 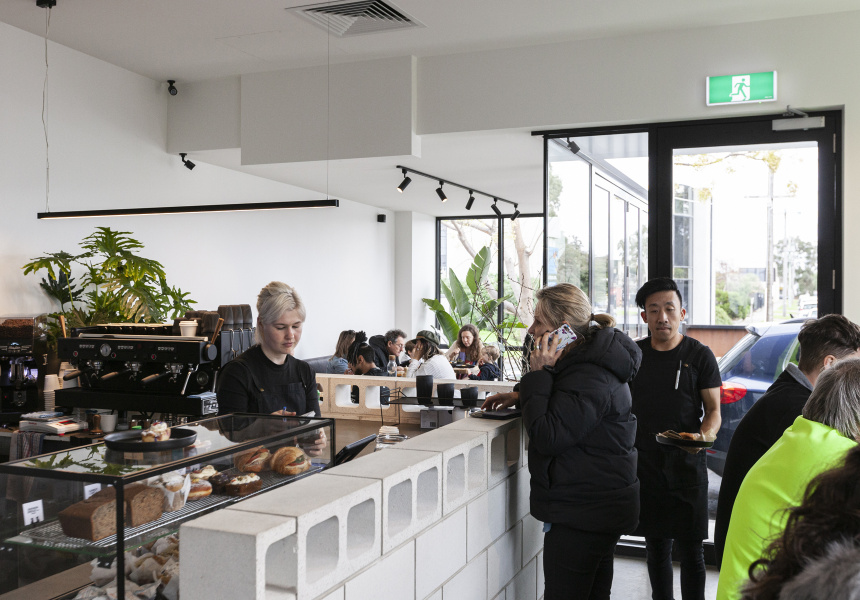 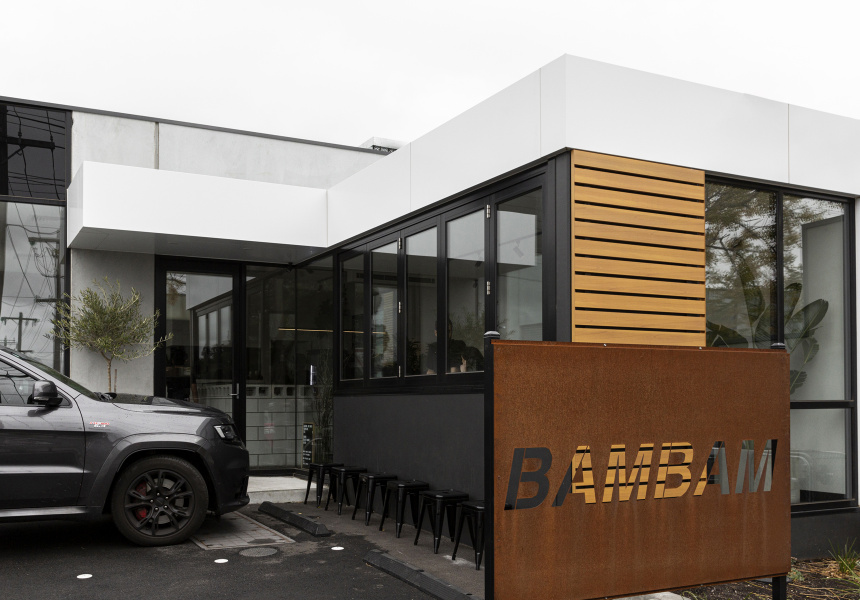 Ask Evan Georgopoulos or his mum Maria where Bambam Eatery’s name came from and you'll get different answers. For Evan, who runs day-to-day operations and heads the kitchen, inspiration comes from American chef, rapper and television presenter Action Bronson, whose nickname is Bam Bam. For Maria, who grew up watching The Flintstones and calls her children Bamm-Bamm after the precocious TV tot, it's a testament to the hard work her son put into the venue.

Maria and husband Angelo have worked in hospitality – sandwich bars, fish and chip shops et al for more than 20 years. Their other venue, Industria, is an eight-minute walk away from the new Cheltenham cafe.

“People in the area already knew us,” Evan says. “When we first opened, we already had regulars.”

Those regulars walk through the glass doors for brunch fare that caters to all diets. Both Evan and Maria are vegan, so half of Bambam’s offering is plant-based. The two want to show how rich and satisfying vegan dishes can be, though the option to add meat is available. The majority of the meaty side of the menu can also be turned vegan, and there are dairy substitutes and vegan cheeses, too.

"We want to make vegetables the hero, and the meats are sort of just the sides,” Evan says. “But we also want to be inclusive and have something for everyone.”

Evan makes changes to the menu every couple of days, depending on what's available at the Moorabbin Wholesale Farmers Fresh Market just down the road. The day starts at 5am, when he and Angelo head to the market, and the menu is fixed before Bambam opens at 7am.

During the week the menu revolves around sandwiches, burgers and bagels. The 1800-Culture is haloumi, brined then cooked with rooftop honey in the pan, served on rye with sweet peppers, chargrilled onion and wild rocket. The 1800-Plain-Jane is a cheeseburger with a beef-mince patty, smoked paprika (the Georgopouloses smoke and dry the peppers themselves), American jack cheese, and a concoction the team calls “dank sauce”: three types of pickles plus capers, dill and whole-egg mayonnaise. Get it with fries on the side. There’s also pork belly on brioche with XO mayo and a fried egg, and a smoked trout bagel with sweet pickles.

On Saturdays, more classic brunch dishes come into play. Portobello mushrooms are cooked in porcini butter, served with salted ricotta, lemon thyme and fried eggs on chargrilled sourdough. The Greens Bowl is a mix of charred greens (it’ll be brussels sprouts and broccolini for the rest of winter) with smashed cannellini beans and dill, lentils, nuts, seeds and a squeeze of lemon.

The family’s friends and members of the local community helped shape the Bambam space. Evan says the electricians and plumbers who worked on the site still rock up every day for a coffee, and the metal signage out front is from the owner of a local fabrication plant (“every time he comes in, he rubs the sign,” Evan says). The builder responsible for the distinctive cinderblock counter was an Industria regular. He also donated the material and volunteered his time to the project.

The counter itself has special meaning to the family. Maria’s father was a bricklayer, so the commanding half-wall smack bang in the middle of the cafe was one of the first design elements they planned.

"We're pretty sentimental, we like for things to resonate with us," Maria says. "There are a lot of elements in the space that draw on our connections and our sentimentality."

The rest of the compact space is modern and clean, with light-grey and black tones throughout. A large communal bench and smaller tables are made of reclaimed timber, an array of green plants and display bowls of fresh produce add warmth to the sunlight-filled room.

"This is my idea of heaven,” Evan says. "We wanted to make a space that we actually wanted to be in, all day, every day."

The monochrome aesthetic stretches to the large metal tins that hold coffee beans from Code Black. It was Evan’s idea to use reusable tins instead of single-use packaging for coffee bean delivery, and he says now Code Black is thinking of adopting it for other clients and phasing out single-use packaging for wholesale delivery. Other steps the family is taking to reduce their waste include only stocking drinks in glass packaging, such as Capi water and soda, Remedy kombucha and brews from Sample, and juices cold pressed in-house, served in mason jars. There are also thickshakes in Oreo and peanut butter flavours.

All of the food packaging is compostable and biodegradable, and coffee is served in Huskee cups, which are made from coffee waste. The cafe is also entirely solar powered.

"It'll be exciting when – hopefully – more cafes start going down this road [to be as sustainable as possible],” adds Evan. “Because that's really our goal.”

This article first appeared on Broadsheet on August 27, 2019. Menu items may have changed since publication. 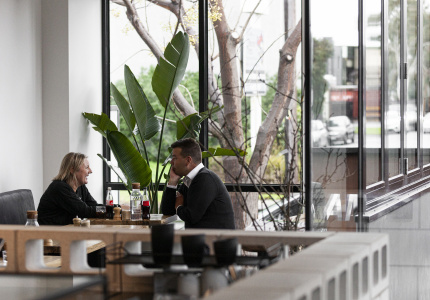