Watch your pastéis de nata be made, then eat them fresh from the oven – flaky, silky and with a touch of cinnamon. 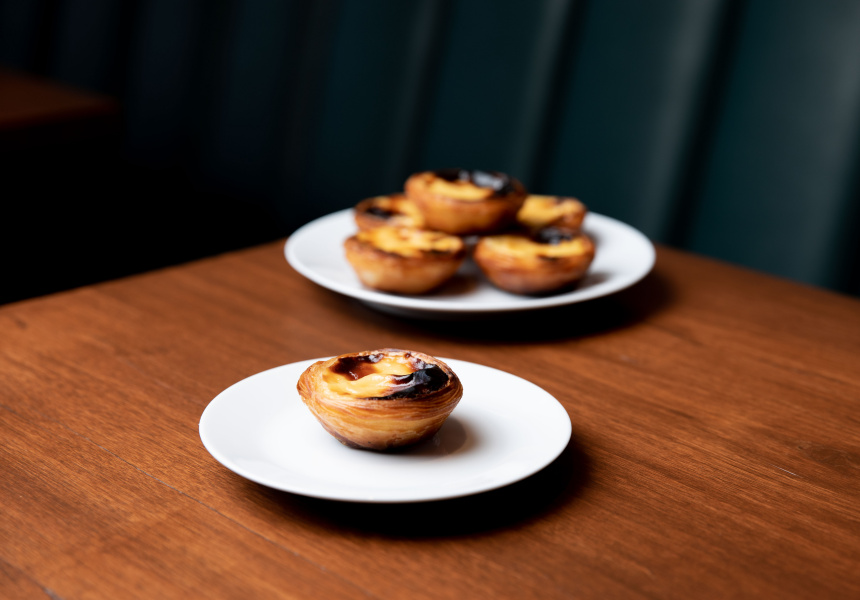 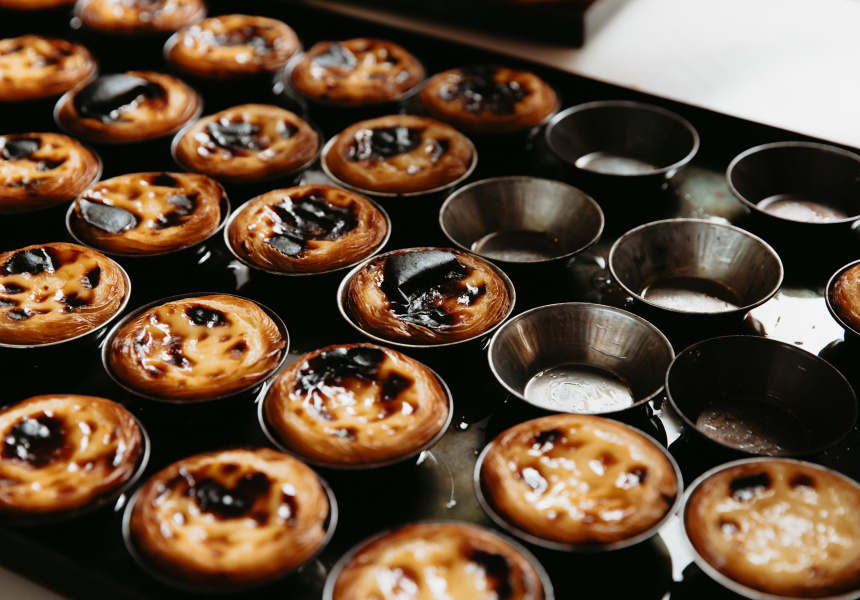 The “house of tarts” on High Street has been under construction since late last year, and within its first two weeks of opening has already pulled customers from as far afield as Geelong and Wangaratta.

“Everyone has their story about Portugal, and [Casa Nata] takes them back to it,” says co-owner Nelson Coutinho. “I grew up in Hong Kong in the ’90s, so my Portuguese tart story draws from weekend family trips to Macau. While firing 'bang snaps' [small paper-wrapped gunpowder parcels let off during celebrations] at the ground, my brother and I would wolf down Portuguese tarts all day long.”

Coutinho and fellow co-owner Ruben Bertolo, who are both of Portuguese descent, love hearing customers’ memories of eating Portuguese tarts on trips abroad. But they find it especially rewarding when someone from Melbourne’s Portuguese community gives their tarts the seal of approval.

“When someone who’s lived in Portugal and eaten pastéis de nata their whole life tells us how much they love what we’re doing, that’s just it for us,” says Bertolo.

Coutinho and Bertolo met as teenagers and laugh imagining how their adolescent selves would react to the idea of them running the shop.

“It wasn’t like Nelson and I were heavily involved in the Portuguese community, so our family and other friends from Portuguese school were quite surprised, but also very proud,” says Bertolo.

In 2017 they visited Portugal, where they learned tart-making techniques and ate as many tarts as they could in the name of research and development.

“They’re all a little bit different and really good in their own way,” says Bertolo. “Some of them may be a bit sweeter than others or use slightly different ingredients, and this opened our eyes to the range of the product.”

The ideal pastéis de nata is a tricky balance of flavour and texture – the pastry should be layered and flaky, and the custard filling should be silky and soft (but not too soft).

“There’s no distinct flavour to the custard, which can be a bit confusing for some, but that’s how the Portuguese tart is supposed to be,” says Bertolo. “There’s no overpowering flavour, but rather a few different flavours balanced well together.”

Casa Nata’s tarts are made with just a few ingredients (milk, flour, eggs, sugar, Pepe Saya butter and a little cinnamon), the cases are hand-pressed into the trays, and sometimes as little as 10 seconds in the oven can make the difference between a good tart and one destined for the bin.

Customers can watch Coutinho and Bertolo at work in the open kitchen through the shop’s large street-facing window or over the counter through a second window inside.

“We constantly keep an eye on the flow of the shop and what time it is so we can do our best to serve fresh and warm tarts to all of our customers,” says Bertolo.

The fit-out is simple, with marble benchtops, a mix of white-tiled and exposed-brick walls, and a white neon sign that reads “we love tarts”.

Portuguese tarts are supposed to be moreish, and customers can order packs of six or 12 fresh from the oven to go, or choose to eat in.

In Portugal, people usually opt for “a quick tart and a coffee” in the morning, Bertolo says.

Casa Nata gets its coffee from nearby Atomica in Northcote, which happens to roast its beans using Portuguese machinery. And for now, there’s nothing else on the menu.

Casa Nata is takeaway-only during Victoria’s stage-four lockdown, but it's delivering to different Melbourne suburbs every week. Keep up to date here.