Burgers, karaoke, cocktails and an indoor spa in a Japanese biker bar. 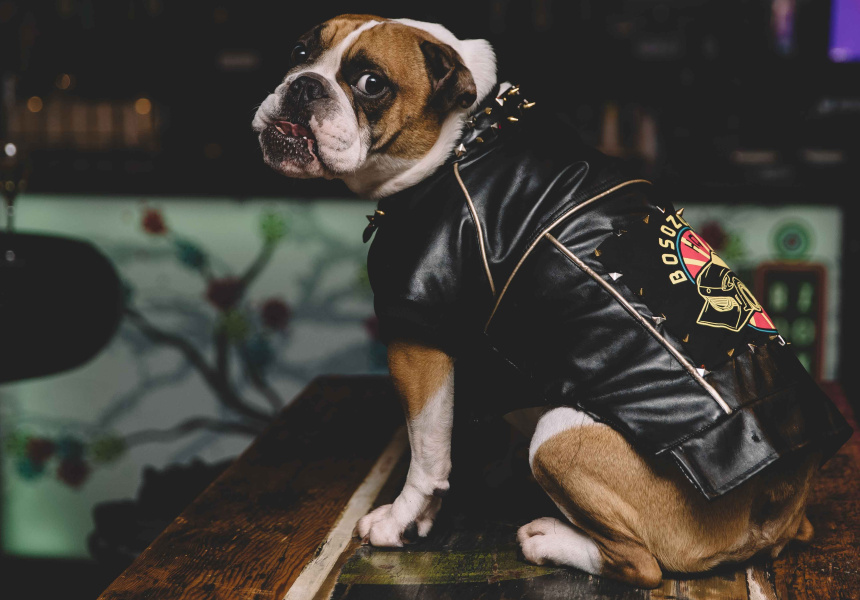 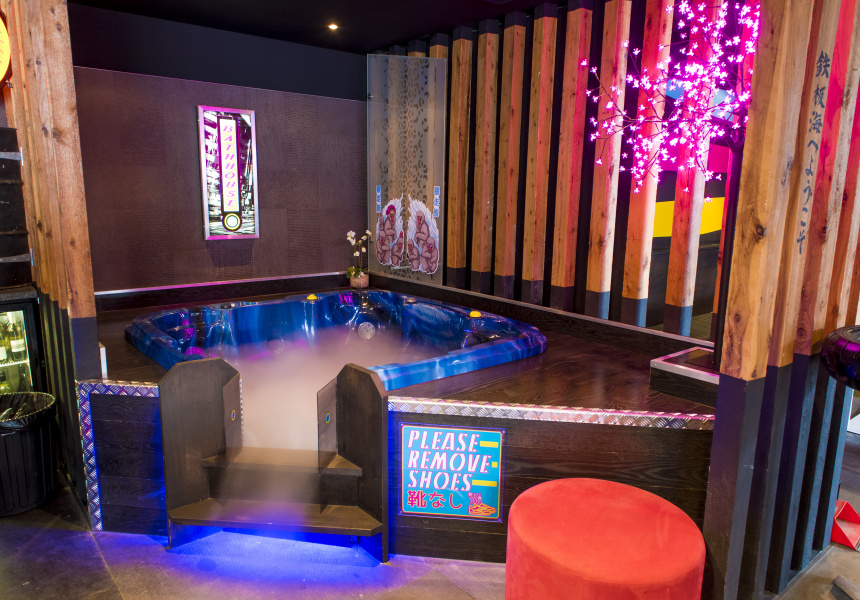 To avoid being overwhelmed at Bosozoku, it’s important to understand the term. Basically, it’s all about Japanese biker gangs. Apparently, club members rip the muffler off their road-bikes so they’ll make more noise. And, true to its name, the new bar and restaurant in South Yarra makes plenty of noise of its own.

“The Bosozoku style means anti-establishment and freedom. They thumb their nose at the system, take the mufflers off their bikes and disobey police,” co-owner Craig Kellerman explains. “We’re a bit like that. We’re breaking the rules left, right and centre.”

The former teppanyaki bar has been transformed into a pulsing, colourful “Dirty Tokyo” behind Chapel Street. It comes with a private games room replete with Nintendo 64, a karaoke room available for private hire, and a sunken booth made to look like an onsen, steaming with dry-ice.

What mightn’t work in one bar – this mishmash of colours, textures, artwork and ideas – somehow aligns exactly with what Kellerman, Dan Hansen and brothers Stephan and Michael Mauer were after. The brothers also are the team behind Bird Watching Society.

“The idea with this was to get to the underside of Tokyo,” Kellerman says. “The side that’s a bit more cheeky, a bit more dangerous.”

Chef Tomoya Kawasaki the brains behind Yoko Ono and formerly of Wabi Sabi is pumping out classic burgers with a Japanese twist. Bright orange pumpkin, black charcoal or green tea buns come with swordfish, teriyaki chicken or a vegetarian potato, edamame and coriander patty. They’re served in a bento box with gyoza, or chips with seaweed flakes and katsu curry topping.

Under the light of a glittering motorbike helmet disco ball, Bosozoku mixes alcoholic bubble-tea or cherry-blossom-infused gin. There is also Asahi on tap, Kellerman’s own Robot Ninja beers, or Japanese whisky flights. 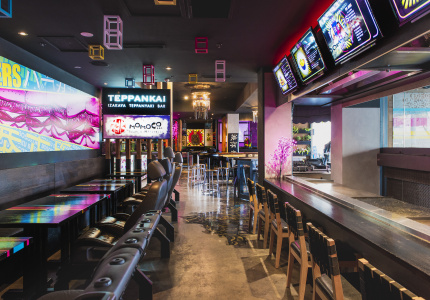