“A few people have said that it’s nice to know a city intimately but still find a new space within it.” Here, Guinness (on tap), Martinis and milk punch are always on the menu, plus British snacks. 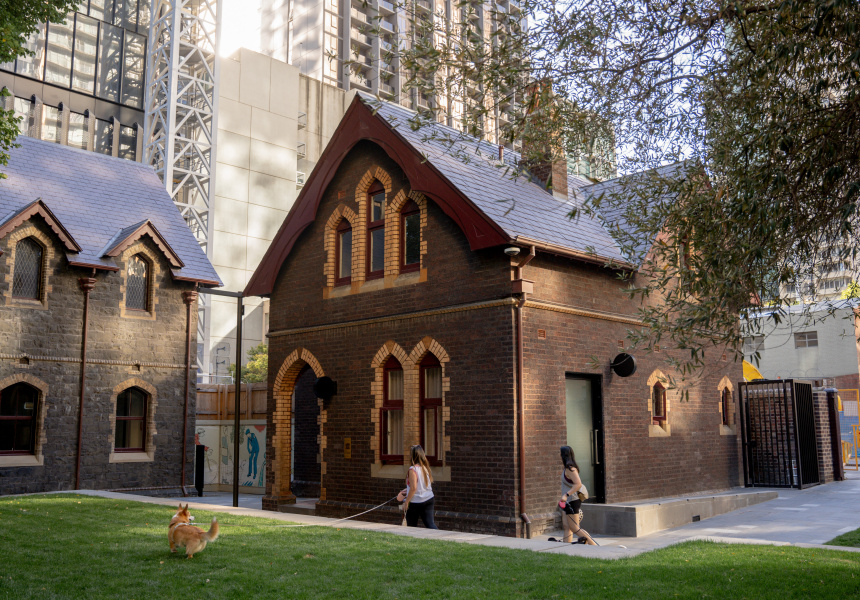 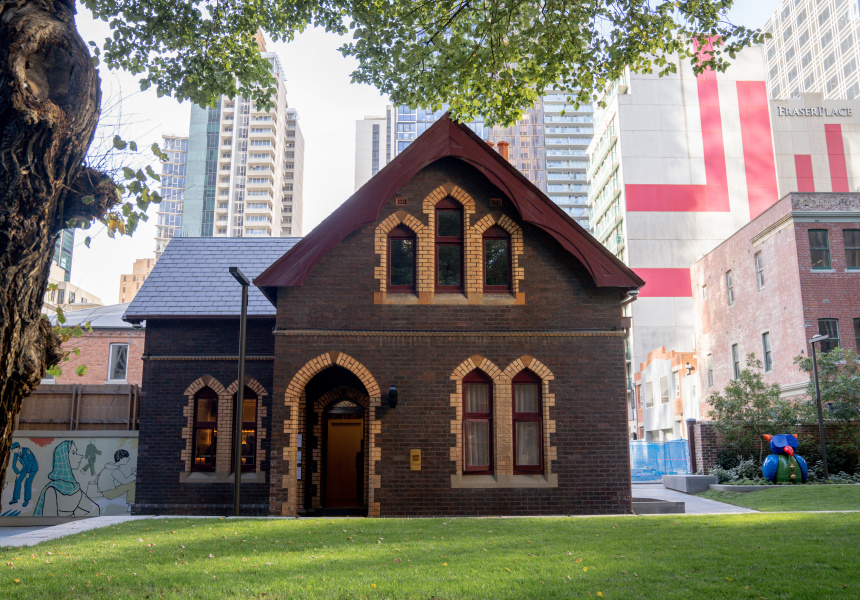 When the team behind seriously good (but not too serious) pop-up bar Fancy Free first stumbled upon the site for its new venue, Caretaker’s Cottage, there was no liquor licence, no power points and no lights.

But it wasn’t enough to distract from the space’s tremendous potential, which they’re billing as “probably Victoria’s smallest pub”. (Broadsheet can’t verify this, but it’s pretty damn tiny.)

“It’s a bluestone cottage in the centre of the city with a garden out the front – it was worth the hassle,” says Rob Libecans, who owns the space alongside Ryan Noreiks and Matt Stirling. Together, they did a flash-in-the-pan stint in an aquarium-like glass box on Little Collins Street in 2019.

Their new spot is located on Little Lonsdale Street behind the Wesley Place church. The 105-year-old building was once the church caretaker’s quarters – hence the name.

It was an empty shell when Libecans took over, but he and the team have worked hard to maintain its heritage. “It feels very much still like a home,” he says. “There’s ‘bedrooms’, there’s wallpaper, there’s a narrow corridor that we use for seating.” Even the cottage’s original staircase is still intact, visible from every room in the 50-person space.

But it goes without saying that the bar is the main attraction. It’s made from Tasmanian oak and bookended by two handmade cast bronze and oak speakers, mounted on the wall. Between them are a few backlit shelves packed with booze, though the cocktail list is limited to just eight drinks.

“It’s short and concise, but allows us to change ad hoc,” says Libecans.

There’ll always be three classic cocktails, three house creations, one Martini and – the star of the show – a rotating milk punch. For now, it’s a berry-forward rendition made with vermouth, Jameson, framboise and Earl Grey tea, split until it goes crystal clear.

“We wanted to really home in on the idea of an old British pub,” says Libecans. “They would traditionally serve punch, so that will always be on the menu.”

As if getting a century-old building licenced wasn’t a big enough job, the team is currently seeking approval to open the cottage’s second storey. There are two extra bedrooms up there – one of which would serve as a private function room, the other as a second bar.

Given the response so far, chances are the new additions will be welcome. Libecans says, “A few people have said that it’s nice to know a city intimately but still find a new space within it.”