Last night we drank our very first beers at the immense new brewery and bar in Preston. Lots of conversations were had – nearly all of them about the endearing ridiculousness of Moon Dog World itself. 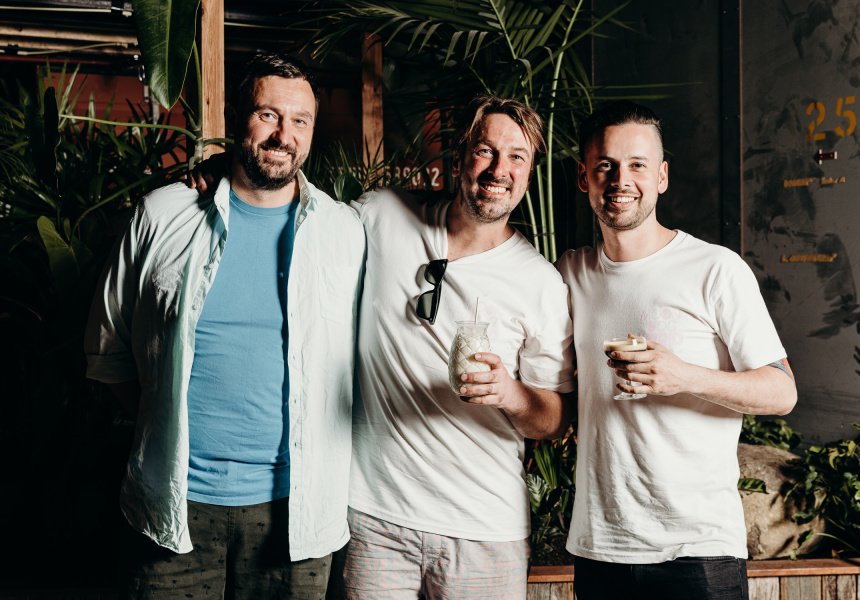 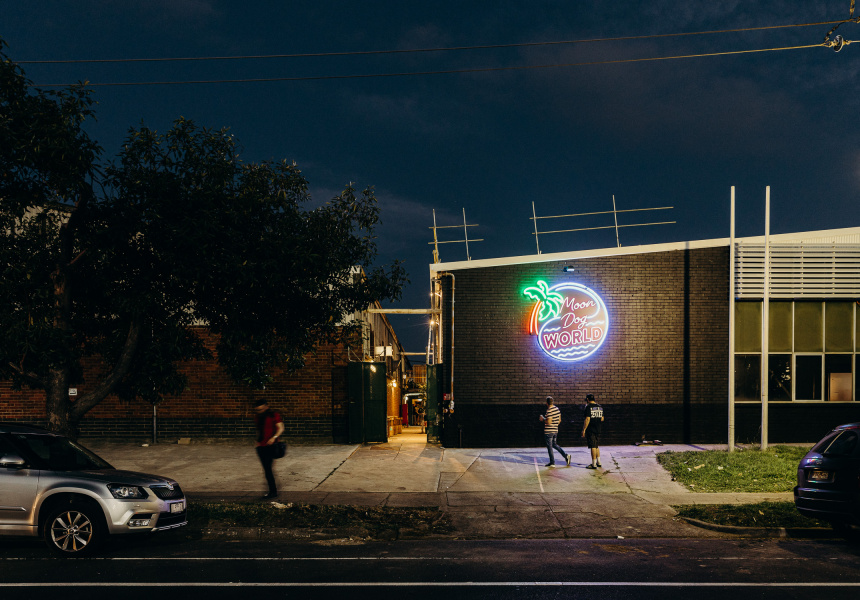 Here’s how the conversations tend to go:

“What do you think?”

Moon Dog World has a way of stealing the words out of people’s mouths. This is less about the tropical lagoon and waterfall (which turns out to be more of a trickle) and more to do with the sheer scale of the brewery and bar.

When you’re up on one of the two elevated decks that flank the sides of the enormous warehouse, looking down at 700-ish people clustered together under strings and strings of festoon lights, it’s … I can’t even … yeah, it’s pretty amazing.

Exploring the staircases, nooks and semi-hidden rooms built into shipping containers below these decks feels a little like traversing a maze, and fuelled dozens more conversations at last night’s media launch.

“Is that – are you drinking a piña colada?”

“Yep, you can only get them at the tiki bar near the waterfall.”

“I haven’t even found that yet. Have you seen the room full of pinball machines though?”

This kind of thing has been part of the Moon Dog experience since Karl Van Buuren and brothers Josh and Jake Uljans launched their original bar in Abbotsford – which will remain open – back in 2014, with a secret bookcase door and odd touches such as a framed photo of John Candy and a mounted pink elephant toy van Buuren has had since birth.

“It’s not a contrived, made-up version of what Moon Dog is about,” Josh told us then. “We made it into a place we would want to be at.”

This holds true at Preston, which is just Abbotsford at a much larger scale and with better food. The sprawling menu includes plenty of options for vegans and those eating gluten-free (though not for true coeliacs). There’s tuna sashimi, chicken parma rolls, crisp chicken ribs, baby corn dogs, slow-cooked lamb shoulder, deep-fried buffalo cauliflower, three desserts and more.

For all the silliness, Moon Dog has always been very serious about its product. In the early days it catered almost exclusively for beer nerds with boozy imperial stouts, double IPAs and other challenging styles. That kind of stuff is still scribbled on the blackboards above the main bar, but there are also lagers, pilsners, pale ales and sours delicately fruited with the likes of rosemary and cherry. Don’t leave without trying the barley champagne, a highly alcoholic yet lithe-bodied beer served in champagne flutes. Like almost everything else at Moon Dog World, it’s bound to start a conversation.

This article was updated on October 22. The original version incorrectly stated that some dishes at Moon Dog World are suitable for coeliacs. Menu items may have changed since publication.