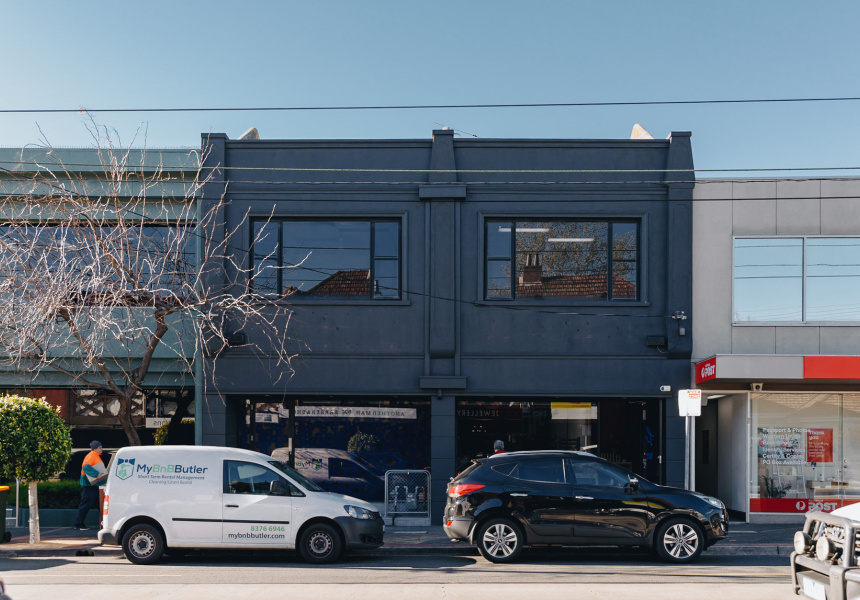 After nine months spent searching for a space and another nine fitting it out, baker Mike Russell has opened a second, grander, 400-square-metre Baker Bleu in Caulfield North.

Russell worked with some of Australia’s best bakeries (Baker D. Chirico, and Sydney’s Bourke Street Bakery and Iggy’s) before opening the original 60-square-metre Baker Bleu in Elsternwick in 2016.

Now he’s upsized and upscaled, with plans to evolve his humble bakery. Baker Bleu – which supplies some of Melbourne’s top-tier restaurants, including Ben Shewry’s pioneering fine diner Attica and Andrew McConnell’s Cumulus Inc. (you can also buy loaves at Meatsmith Fitzroy and St Kilda) – is known for its crusty sourdough, rye and white loaves, sourdough baguettes and bagels. But it’s also notorious for running out of bread before 9am on a Sunday.

“The customers had the shits with us for so long when we were running out of bread,” Russell says. “They’re the ones who come in every day.”

The new space – located in a dual-fronted terrace with a warehouse out the back – means big changes. Baker Bleu’s never had any signage before, but the glass entrance at the new spot is decorated with a royal-blue design and cursive lettering by design agency Studio Tuntun.

Once inside the rustic brick interior, you’re immediately welcomed by the familiar smell of fresh bread. Behind the recycled-timber service counter, which was built by local independent carpentry company Mandrake Workshop, you can see the warehouse space with its gigantic tailor-made German oven, which means Baker Bleu can now produce double the quantity it used to.

A provedore section stocks accompaniments to stack on your bread – Tasmanian honey, Jam Lady Jam, Ortiz anchovies, Mount Zero olive oil – and Russell says over time we’ll see more of what he and his partner Mia love, including dense sourdough croissants and apple crostatas. A fridge to store butter and wine is in the works, too.

Filter coffee from Market Lane is available as well – BYO reusable cup or drink out of one of the recycled jars provided by the bakery.

Russell says a few of his customers have suggested that he can finally take a holiday, now that the new shop has opened. “No way,” he says. “I’ve got to make more bread.”

He’s committed. After years spent honing the techniques of French-style baking and naturally leavened bread (which uses wild yeast and has a longer fermentation process than regular white bread, resulting in a denser loaf with a dark crust), Russell opened the new store not to take a step back, but to improve production processes (such as decreasing the number of times the bread is touched) and restore day-time shifts for his employees in a sunlit space.

The bigger space means all bread-making happens during the day rather than through the night, so the bakers here start at 6am instead of the night before. From around 11am, you can watch them through the window as they mix, shape and season the dough, loading rows of bagels onto trays before they’re transferred to the “proofer”, a room next to the oven where the bread is stored to cool and ferment overnight.

The big new oven has six shelves and two varying temperatures, and a conveyer-belt-like loader that makes things easier – and less dangerous – for the baker. Russell anticipates he’ll eventually install another oven, multiplying production by 10. With this new technology comes a different style of baking, though, and Russell admits to a few casualties while getting the timing and temperatures right.

“We’re accidentally baking croutons,” he says, laughing. “We give all this to Meatsmith at the moment. They use it for their schnitzels.”

Russell says Ben Shewry has briefed him on a wattleseed bagel for Attica, and mini-slices of vegan brioche for his Possum Sausage dish. But while Baker Bleu’s supply chain is growing alongside demand, Russell’s happy to take it slow.

“We already need another delivery vehicle. We need a forklift to move flour,” he says. “If we were to do something else down the track it would be a new idea, like move the pastry somewhere else or open a post on the Mornington Peninsula.”

Baker Bleu’s original Elsternwick home will close in September, once the team has tried and tested everything in the new space. “We’ve got a 15-year lease, so it’ll evolve,” says Russell.

“The most important thing is we have extra bread here now.”

This article first appeared on Broadsheet on July 4, 2019. Menu items may have changed since publication. 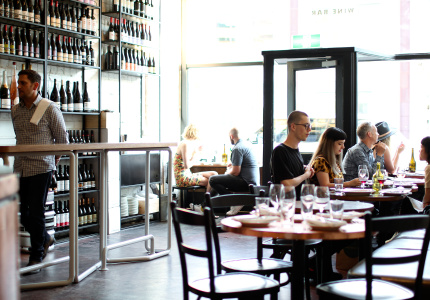 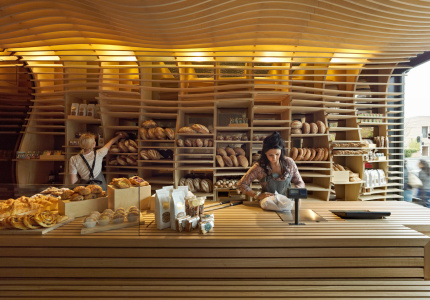