First Look: Bakemono Is a New Japanese-Inspired Bakery in a Converted City Garage

From the team behind Little Rogue just across the street, this laneway spot is selling whole loaves of shokupan (fluffy milk bread), flaky almond-yuzu croissants, Danishes piled high with berries, and soft buns filled with cream cheese, then doused in garlic butter. 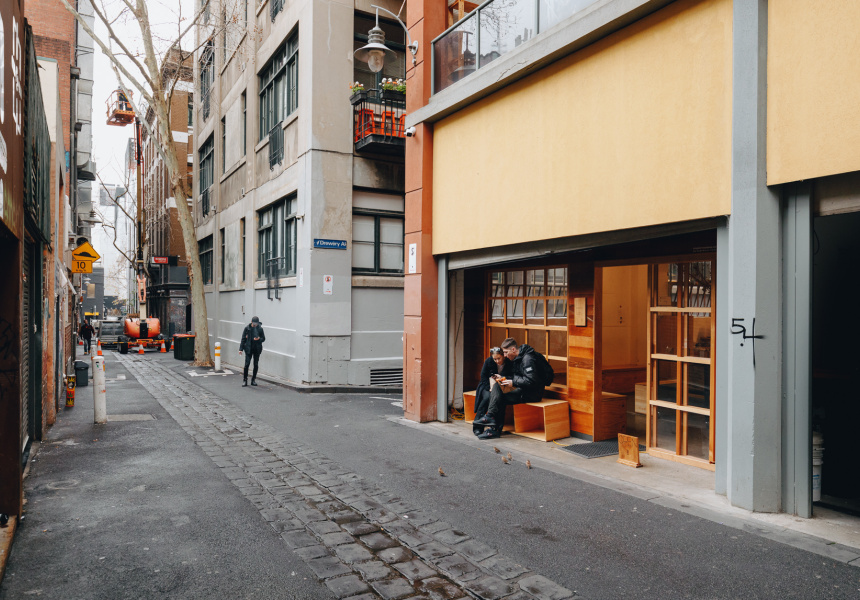 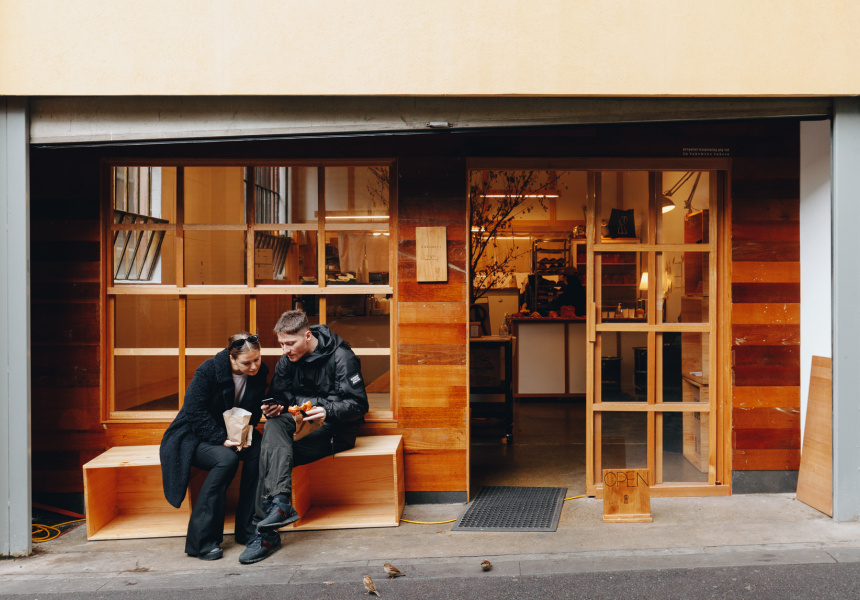 It’s 11am on a Saturday, and the small “sold out” sign has already gone up beside a display of dome-shaped garlic bread at Bakemono Bakers. By 2pm, everything else is gone, too.

The small bakery is in a converted garage on Drewery Lane, just off a busy part of Little Lonsdale Street. There’s only one other cafe in the narrow strip: sister venue Little Rogue.

“A lot of people got quite confused as to why we’re essentially creating our own competition just across the street, but I see it as providing diversity to our regulars and customers,” says Leo Lee, who co-owns the two spots with his sister Jen Lee, and Bruce Luu. “And I think it’s working so far.”

The snack selection is tight. Tall, puffy Danishes come filled with blueberries and custard; Nutella and jammy berries; or chunks of apple and stewed rhubarb. Almond croissants get a citrusy kick from yuzu, and there’s a classic ham and cheese croissant, too.

Then there’s that seemingly perpetually sold-out garlic bread – a popular Korean street food – which uses the same dough as the shokupan. It’s baked into dome-shaped buns then sliced, piped full of slightly sweet cream cheese, dunked in a bowl of butter and garlic, then baked again.

In the six years since Little Rogue opened, the team has used a number of pastry and sweets suppliers – such as Aunty Peg’s, Chez Dre, Noisette, and most recently Penny for Pound – but Lee wanted more freedom.

Rogue co-founder Calvin Ko had spent some time training at Agathé Pâtisserie, learning viennoiseries (laminated dough, such as in croissants, pain au chocolats and danishes), then the two started baking together.

“All we had was a small, six-tray oven, just a proofer and a sheeter,” Lee says. Eventually Ko returned home to Taiwan, so Rogue barista Claude Kim stepped up to help (he’s now head baker).

“The landlord from the garage approached us to ask if we wanted to do anything there, and I thought it would be the perfect spot for a bakery,” Lee says.

The design was a team effort, with a clean look inspired by cafes and bakeries in Japan and Korea. Large windows let you peek in from outside, which is covered in timber panelling, and inside it’s mostly crisp white – except for some pine furniture and accents.

A potted Japanese maple stands in the centre of the space; its leaves sparse and orange.

“Apparently [this tree] doesn’t do so well indoors,” Lee says with a laugh. “But it seems to be doing okay. We’ll give it a bit more time to see how it goes; hopefully in summer the leaves grow back.”

Unlike Rogue and Shamble Coffee Brewers, the trio’s other spot, which both use beans from Acoffee, Bakemono’s coffee is supplied by Small Batch. Hot chocolate is by Mörk, and chai lattes are made with a concentrate brewed in-house once a week.

Bakemono is takeaway-only during Melbourne's stage-four lockdown. Pre-order online for pick-up or delivery to dozens of Melbourne suburbs.

This article first appeared on Broadsheet on July 21, 2020. Menu items may have changed since publication. 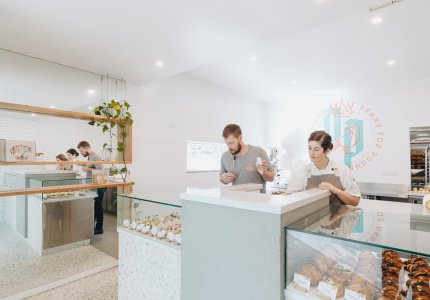 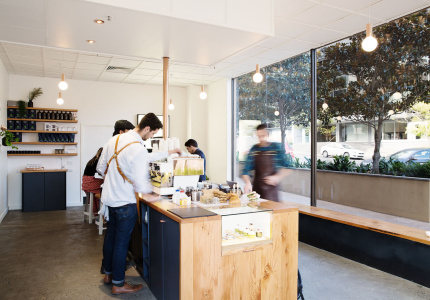