This compact 25-seater is flipping beef and plant-based cheeseburgers, and serving southern fried chicken and vegan Cocowhip sundaes. It also draws on American chain In-N-Out – all with a side of nostalgia. 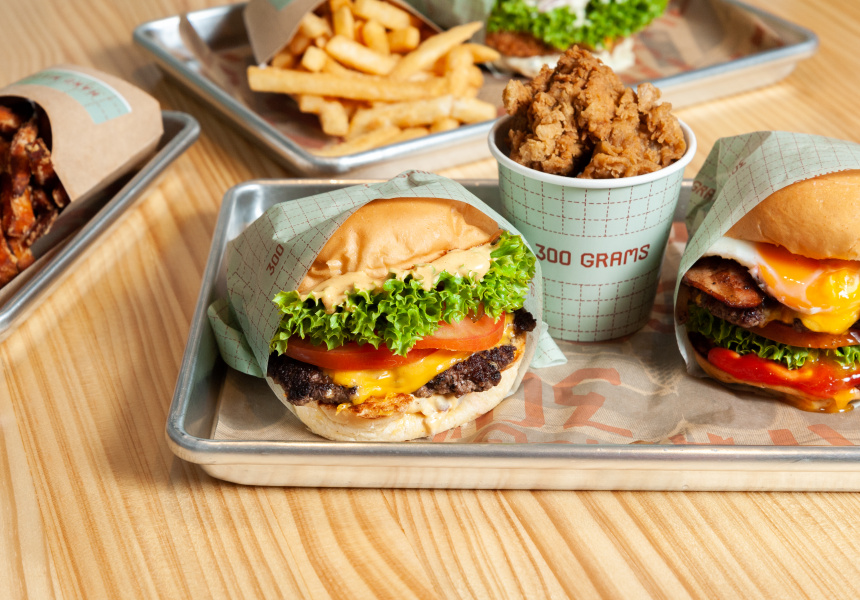 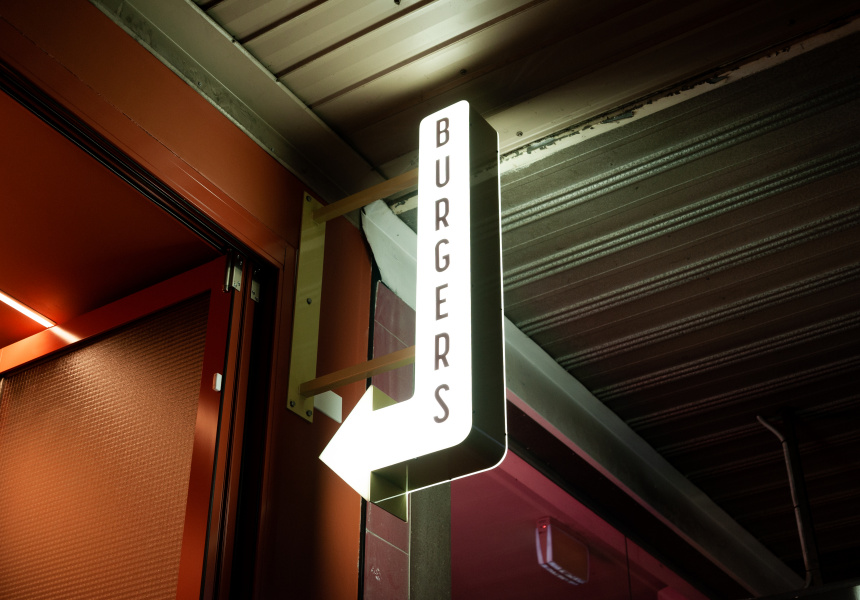 Joe Farah, owner of Northcote’s newest burger shop 300 Grams, is on a mission to recreate the flavours of his childhood – he hopes to replicate the excitement he felt biting into a burger at Clifton Hill McDonald’s as a kid. The idea was spurred by his first trip to Vegas, when he tasted a burger from the famous American chain In-N-Out.

“It wasn’t just the flavour, but the way the whole thing came together,” Farah says. “That burger really stuck with me.”

Now, Farah is bringing his childhood passion and knowledge to 300 Grams, a compact, orange-hued new burger shop on High Street. Order one of seven burgers through the shop’s open front window. The signature 300 Gs burger, which inspired the name of the shop, weighs in at 300 grams and has a beef patty, Westmont pickles, cheese, onion, lettuce, tomato and a house-made burger sauce. The Norfcote adds beetroot, bacon and egg to the mix. There are two southern fried-chicken options – one hot, with chilli mayo and slaw – and a fried-fish burger named after D’lish Fish.

As the burger is being prepared, the Noisette buns are simultaneously toasted on the hot plate and steamed using a bowl cover, making for a sturdy encasement for the ingredients within. All burgers come neatly wrapped in checked teal paper on an aluminium tray, reminiscent of the In-N-Out experience.

Almost every burger can be made vegetarian or vegan (the fish burger is the only exception). A beef-substitute Beyond Burger patty costs an extra $4.50, and a portobello mushroom in place of chicken is $3.50. The southern fried chicken side can also be made vegan, with cauliflower dusted in cayenne, celery salt, garlic and pepper. It’s crunchy and just the right amount of salty.

“I didn’t want to settle,” says Farah. “I tried so many vegan cheeses, for example. Some of them are okay when raw and others, when they melt, they just don’t stick. They elude your hand.”

Farah reckons his house-made hot-chilli mayo is now in its 30th iteration. He tried making it with sriracha and with fermented Korean chilli, but the winning recipe is infused with jalapeno, resulting in a thick, creamy sauce with serious kick.

For dessert there are ice-cream sundaes with chocolate, caramel or berry toppings. (The vegan version is made from Cocowhip, which contains coconut water and coconut oil.) To drink, choose from Remedy kombucha and coconut water kefir, and Naked Life sparkling cola and lemon squash.

Farah bought the former pizza shop on Gumtree. He gutted the space and refit the front half with the help of interior and graphic design agency Hot Black, which also worked on the branding. (He says he might extend to the warehouse out the back in time, too). With a neat, bright-orange counter fronting the open kitchen, stripped-back brick walls and a graffiti painting of speakers on one wall, the space is vibrant but relaxed. There’s some casual seating out front and a few small tables, too.

“High Street is so good,” Farah says. “Your mates come over and you’re guaranteed a memorable night every time … I want us to be part of that, for people to rely on the five to 10 minutes while you’re eating our burger to be a really nice part of your day. And to say, ‘I’m glad I’m here.’”

This article first appeared on Broadsheet on September 18, 2019. Menu items may have changed since publication.