Fast food without the mystery-meat aspect on Barkly Street. 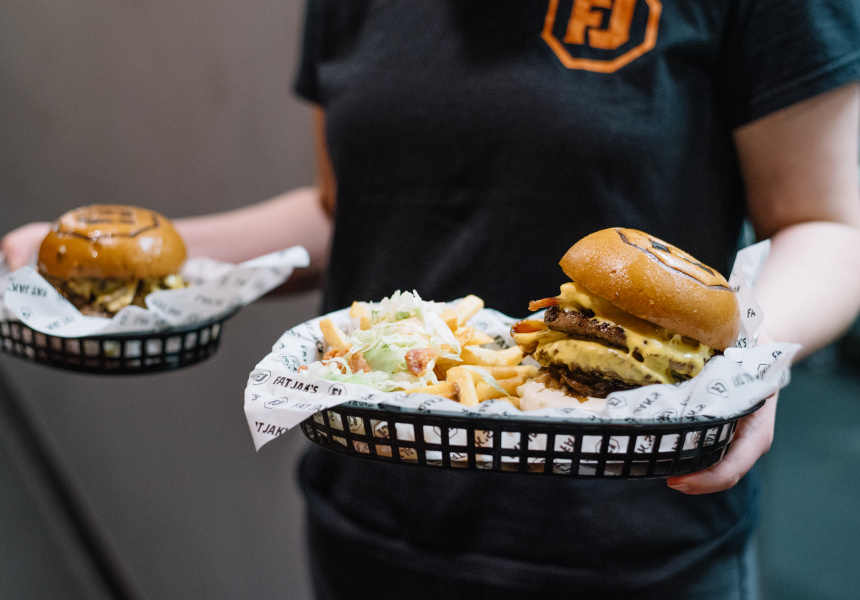 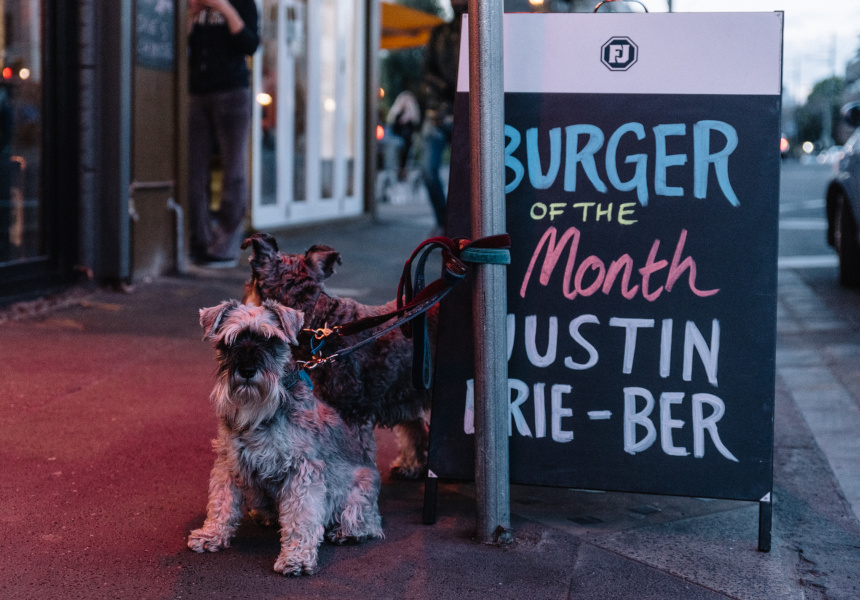 This is the fourth venture for siblings Matt, Marina and Jack (aka Fat Jak) Altinarda, who opened their 34-seat diner in May in a red-brick space on Barkly Street.

Top of the agenda at Fat Jak’s is burgers. There’s around 15 varieties to choose from, ranging from tried-and-true meat-bun classics like the signature Fat Jak burger (two Angus beef patties (from Felice’s Place Gourmet Butchers in Elwood), salad, double bacon, American cheese and Slade’s Fat Jak Spread) to more peculiar inventions, such as the current burger of the month (the “Justin Brie-Ber”) with fried chicken, cranberry mayonnaise, roquette and melted brie.

Before they hit the table, the milk buns (from Baked for Sofia) are brandished with “FJ” logos out back. (Slade estimates that with their special branding iron they can do 200 buns in 40 minutes). Before adding salad or other additions to the burgers, they undergo a process known as “cloching,” where a splash of water and metal cloche are placed over the burger on the grill for around 20 seconds, which means they’re effectively steaming their hams.

Slade says the concept is about “matching sweet and savoury to create something really good,” but without the “mystery meat aspect.”

In many of the burgers, there’s no meat at all. “I Know It’s Cheesy, So Take it Easy” is one of the veggie burger options, with a slab of deep-fried haloumi, American cheese, coleslaw and a hash brown. “It’s like a dirty burger,” says Slade, “but a veggie version.”

Drink options borrow a similar “American vibe,” Slade says, including a 650ml refillable cup where $4 lets you go to town on the house-made soft-drink station. Beer kegs are displayed in a custom-made glass cabinet inside the counter. Pints will set you back $6.

Your meal will be at home on the large brown-paper menu and placemat, which has (as all large fast-food placemats should) a “fun fact” written on the back. This one’s about the biggest burger in history. We won’t ruin it for you.